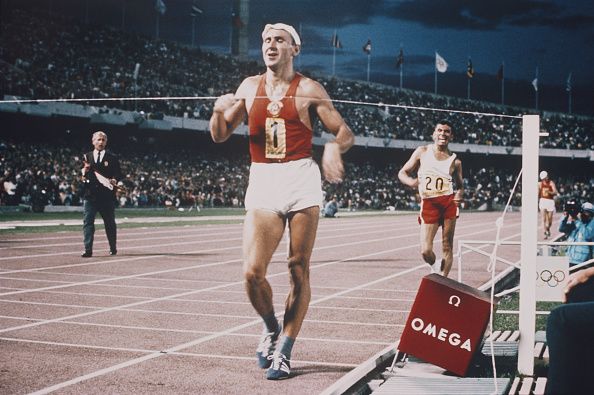 European Athletics is saddened to hear that Ukraine’s Volodymyr Holubnychy, one of the all-time greats of race walking, has died at the age of 85.

He died in his native Sumy, where he was born and lived throughout his life.

Holubnychy is one of only a handful of athletes who have competed at five Olympic Games or more and the Ukrainian walker, who concentrated on the 20km event internationally, had a long and illustrious career at the highest level.

He was a talented cross country skier in his teenage years but also used race walking in the spring for training. However, just starting out at the Kyiv physical education institute in 1953 with the intention of becoming a ski instructor, Holubnychy had a chance meeting with one of the lecturers, former USSR weightlifting champion Zosima Petrovich Sinitsky, who convinced him to become more serious about race walking.

He set his first 20km world record at the age of just 19 in 1955 but he missed the Olympics in Melbourne the following year due to a serious liver infection, which was thought to be a symptom of his malnourished childhood during World War II.

It took Holubnychy a full year to fully recover but in 1958, after the accolade had changed hands three more times, Holubnychy regained the 20km world record with a time of 1:27.04 which was to remain as the global standard for almost nine years.

Nevertheless, Holubnychy was far from the favourite for the 20km walk at the Rome 1960 Olympic Games after finishing just fifth in a trail race but he repaid the Soviet selectors' faith handsomely.

After taking the lead just before the halfway point, he was never headed all the way to the line.

Four years later in Tokyo, he suffered from headaches soon after the start and had a fall but hung on to take the bronze medal but in 1968, at altitude in Mexico City, he reinforced his reputation for preparing meticulously for the big occasion when he famously held off the local hope Jose Pedraza, being urged on by a fanatical local crowd and with some very questionable technique, to win by a mere three metres.

Holubnychy finished second at the 1972 Olympics in Munich but returned to the top step of the podium two years later, winning his first European title when that year’s championships were held appropriately in the city of his first major international triumph, the Italian capital Rome.

The curtain came down on his career at major championships when he finished seventh at the 1976 Olympic Games although he returned to compete in international master’s events in the 1990s after break up of the Soviet Union.

European Athletics wishes to pass on its sincerest condolences to all of Volodymyr Holubnychy family and friends.