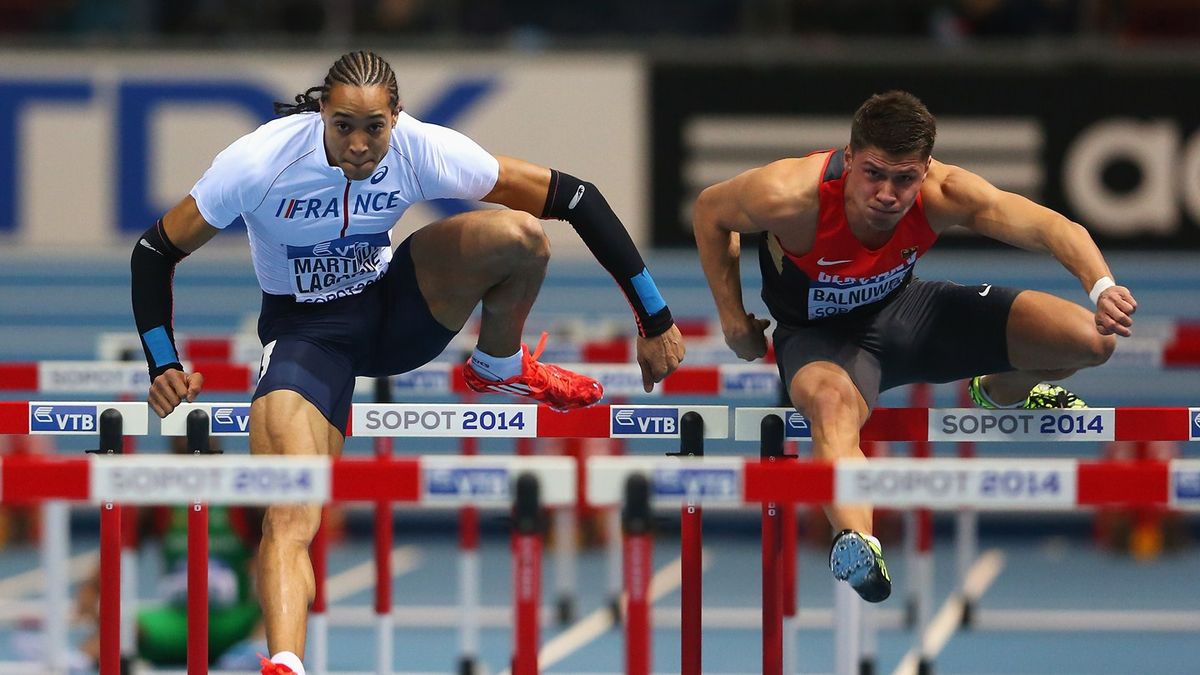 Record delight for Bosse and Martinot-Lagarde

Two 22-year-olds, two national records, two favourites firmly in place for the European Athletics Championships in Zurich next month. It was quite a night for French athletes on Friday at the IAAF Diamond League in Monaco.

Pierre-Ambroise Bosse, in the 800m, and Pascal Martinot-Lagarde, in the 110m hurdles, ran their way into the history books - and with their performances, both left a series of champions trailing in their wake.

At this rate, Bosse might be hard to catch in Zurich. His time on Friday as he finished second was 1:42.53, which puts him over a second clear at the top of the European Athletics rankings as he broke Medhi Baala’s French record time of 1:43.15 set in Rieti in September 2002.

In a race won by Nijel Amos, of Botswana, in 1:42.45, Bosse was ahead of world champion Mohammed Aman, of Ethiopia, who was third in 1:42.83, while Kenya’s Olympic champion and world record-holder David Rudisha was fifth in 1:42.98.

In Aman and Rudisha, two coups for Bosse who a year ago won gold at the European Athletics Under-23 Championships in Tampere in a career which has shown an outstanding level of progression.

On a night when the comeback of world champion Zuzana Hejnova, of the Czech Republic, saw her finish seventh in the 400m hurdles in 55.86 as Jamaica’s Kaliese Spencer won in 54.09, it was the sprint hurdles which produced more delight for the French as Martinot-Lagarde ran the second quickest time ever by a European.

All summer this event has been building towards a special outcome in Zurich with Sergey Shubenkov, of Russia, the defending champion, looking like he had gained the psychological advantage with his victory at the European Athletics Team Championships in Braunschweig at the end of June.

Martinot-Lagarde was third that day, but now the tide has turned again with the Frenchman winning in Monaco in 12.95 ahead of Orlando Ortega, of Cuba, who was second in 13.01, with Shubenkov third in 13.14 and world champion David Oliver, of the USA, sixth in 13.38.

His time replaced the French record of 12.97 that Ladji Doucoure had established in Angers in July 2005; equally Shubenkov, along with Great Britain’s Will Sharman, who was second in Braunschweig, will have to raise their game even more in Zurich with Martinot-Lagarde in this sort of shape.

In Braunschweig, as Shubenkov won in a championship record of 13.20 and Sharman was second in a personal best of 13.21, Martinot-Lagarde ran 13.35, but in a matter of weeks the Frenchman is now the quickest of the trio. This run left him just 0.04 away from Colin Jackson’s European Athletics record time set in Stuttgart when the Welshman won the world crown in 1993.