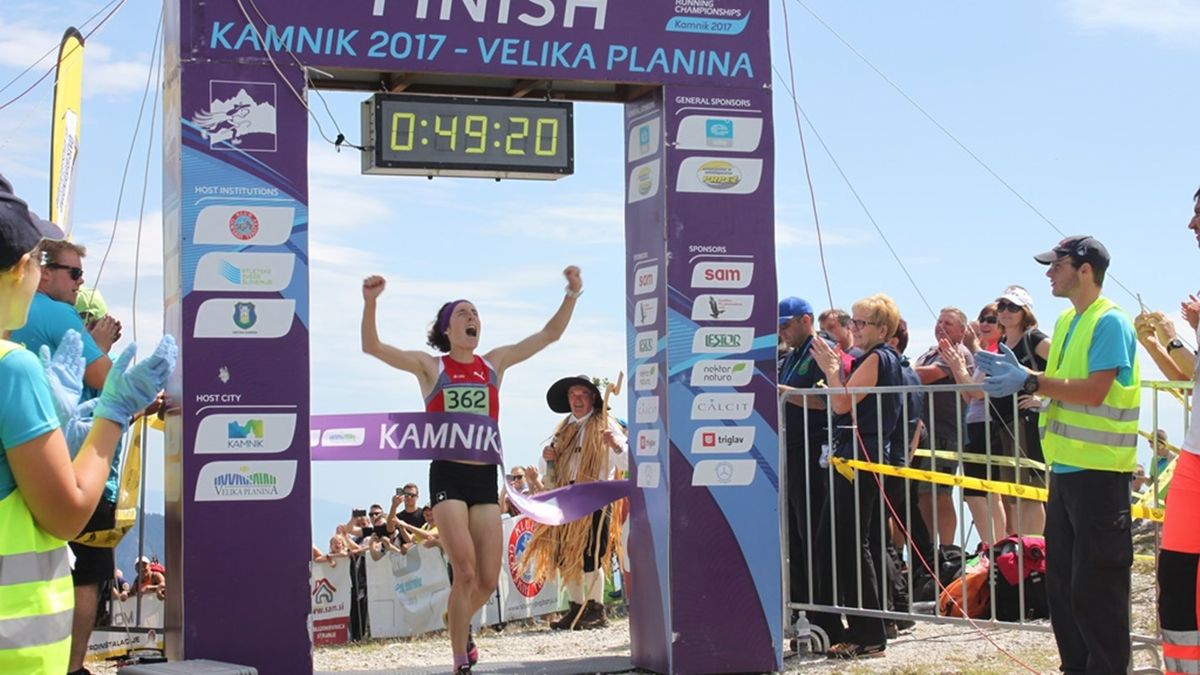 Reigning champion Mathys aiming to repeat for Switzerland in Skopje

Only one of the individual medallists from last year will return to contest the senior women’s race at the European Mountain Running Championships in Skopje on Sunday (1) and that is Switzerland’s defending champion Maude Mathys who has had a fantastic 2018 so far - and not just on the mountains.

The women’s race is staged over the same course and distance as the men’s and there is no doubting Mathys’ staying-power as she proved in April when she won the Zurich Marathon in 2:31:16.

It was the fifth best time by a Swiss runner - and over eight minutes inside the qualifying mark of 2:40 for the European Championships in Berlin this August.

Mathys, who will be looking to emulate her compatriots Eroica Spiess (1995, 1997) and Martina Strahl (2009, 2011) by winning her second title, is likely to set the pace again but when the championships were last staged on an up-and-down course in Arco in 2016, there was a silver medal for Italy's Alice Gaggi - the 2013 world champion - who will be in the mix again on Sunday.

Gaggi is joined by, among others, Valentina Belotti, who was sixth last year - and an individual silver medallist in 2009, 2010 and 2013 - and Emma Quaglia, who finished sixth in the marathon in sweltering conditions at the IAAF World Championships in Moscow in 2013. Now 37, Quaglia will be making her debut at these championships.

The Italian women haven’t dominated the senior division in quite the emphatic way as their male counterparts have done since the event first took place in 1995 - replacing the European Mountain Running Trophy - but they have still garnered 14 team titles in that timespan along with three individual titles.

Another athlete with excellent credentials albeit on different terrains and at different distances is Ukraine’s Tetyana Holovchenko. She has a 1500m PB of 4:05.01 dating back to 2006, the year in which she also won the senior women’s title at the SPAR European Cross Country Championships title.

Katie Walshaw is the only returning member of Great Britain’s gold medal-winning team from 12 months. She is joined this time by Heidi Davies, Emma Gould and Bronwen Jenkinson, while Turkey’s Bahar Atalay, who won U20 silver last year, has been named in the senior team for Sunday.

The U20 races, which are held over 6km, sees the return of the men’s defending champion Gabriel Bularda from Romania and in the women’s event, Lisa Basener, Jana Vollert and Paulina Wolf will look to repeat the 2017 success of fellow German Lisa Oed.

There will be live results and live streaming from the event here.