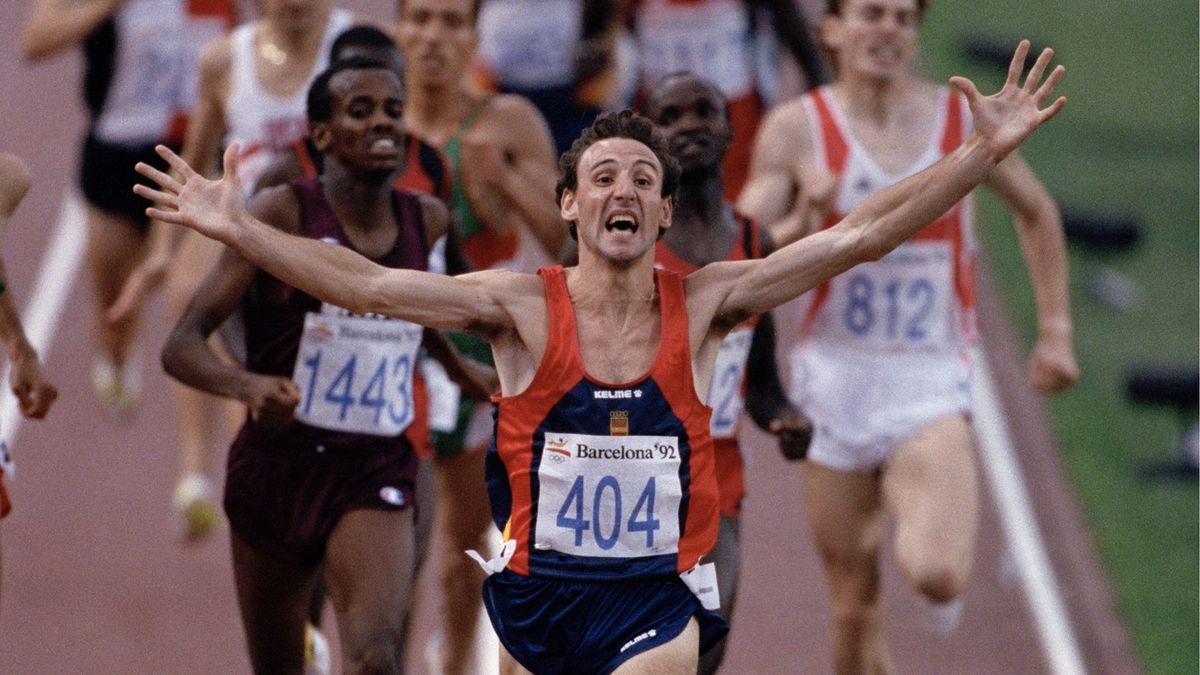 The Tokyo 2020 Olympic Games may have been put on hold for the moment but the Olympic Flame has not been extinguished and, in the first of a three-part series, European Athletics and its Green Inspiration Partner Mondo celebrate the achievements of European athletes at the last three Olympic Games on European soil.

Mondo became an Official Supplier of the Olympic Games starting with Barcelona 1992 – although it had supplied sports surfaces to the hosts of the Olympic Games since 1976 – and the company designed its new Super X Competition Track especially for the installation into the Montjuic Stadium overlooking the Catalan city with a view to helping athletes to superlative performances.

It achieved this aim with three world records – all from US athletes – and a plethora of Olympic and national records.

All Olympic Games are special but this one was particularly a landmark occasion even by the standards of the world’s greatest sporting spectacle.

Political changes over the preceding three years meant that a record 156 countries sent no less than 1726 competitors to Barcelona.

The breakup of the Soviet Union had not fully taken place in sporting terms and the Unified Team represented the rump of the former federal nation, with its athletes in Barcelona wearing all-green attire – Russian athletes in the team winning six gold medals – in contrast to the much more familiar red vests of the former USSR.

One European country did make its Olympic athletics debut, Albania, while there were returns to the track after a long hiatus for the Baltic states of Estonia, Latvia and Lithuania.

Many of glorious images from Barcelona 1992 are still easily recalled nearly three decades later, perhaps the sight of Ethiopia’s Derartu Tulu and South Africa’s Elana Meyer embracing and going on a lap of honour together after an enthralling 10,000m duel, symbolising the changing political landscape in that continent.

But from a European perspective who can forget the sight of Spain’s Fermin Cacho sprinting down the home straight in the 1500m, after taking the lead coming into the final bend, and taking an exultant gold medal in front of a delighted home crowd.

Cacho was not Spain’s first athletics winner in Barcelona, that honour belonged to 20km race walk gold medallist Daniel Plaza who had won his specialist event eight days earlier on the opening day of the athletics programme to become the first ever Spanish athlete to win at any Olympic Games

However, it was Cacho’s triumphant pose as he crossed the line that was broadcast around the world.

In total, European athletes were victorious in 20 of the 43 events.

The 1992 Olympic Games preceded the inauguration of the European Athlete of the Year by 12 months but a candidate for the unofficial title would have been Jan Zelezny, who won 10 of his 11 competitions in 1992.

The Czech thrower, who was later to win the European Athlete of the Year honour for real following his subsequent Olympic triumphs in 1996 and 2000, had thrown a world record of 94.74m in Oslo the month before but his implement was ruled illegal just before the Games commenced.

However, the controversy didn’t act as a distraction to Zelezny.

“In fact, it did nothing but increase my passion to win,” he was later to recall. “Although the pressure was horrible (after a series of failing to make the final of big competitions despite his silver medal four years earlier in Seoul). If I had failed again, I’m afraid that would have been at the end of it. I might have retired.”

Zelezny, competing in one of the last sports competitions where Czechoslovakia was represented as a nation, put paid to all the doubts that might have existed in many people’s minds when he opened with an Olympic record of 89.66m, eventually winning by more than three metres from Finland’s 1987 world champion Seppo Raty.

Only three of the 39 individual world champions from the previous year’s World Athletics Championships won in Barcelona, but two were European women: France’s Marie-Jose Perec in the 400m and German high jumper Heike Henkel.

With the Berlin Wall having come down and a unified team again competing in the Olympics for the first time since 1964, three other Germans joined Henkel on top of the podium in Barcelona: Dieter Baumann in the 5000m, and Long jumper Heike Dreschler and javelin thrower Silke Renk.

Among the other notable European successes was Romas Ubartas’ discus win, the first gold medal ever in athletics for a Lithuanian, even as part of the Soviet Union.

In tense final, Ubartas threw 65.12m in the fifth round, almost a metre less than he had thrown to lead the qualifiers, but it was enough to win by 18cm from Germany’s 1988 Olympic champion Jurgen Schult.

The Netherlands’ Ellen van Langen won 10 of her 11 races over two laps of the track in 1992 and showed just why she was the world number one 800m runner that year by producing a stunning burst of acceleration from 50 metres out to win in 1:55.54, which is still a Dutch record.

As with most Olympics, there were a few surprise champions. Several of them came from European countries and none more so than the Greek hurdler Voula Patoulidou, who set a national record of 12.88 in her semi to unexpectedly make the final before having the race of her life to win in 12.64.