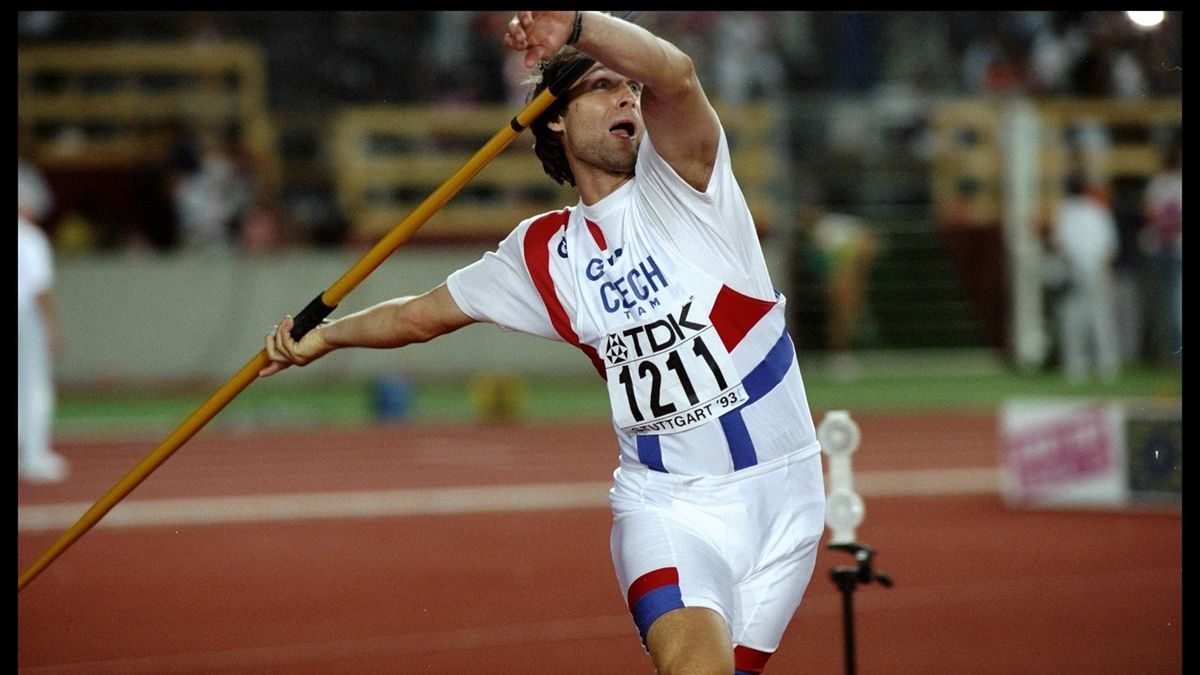 The early 1990s were strange times for javelin throwers but the man who arguably adapted quickest and best to the variety of rule changes was the Czech great Jan Zelezny.

The turmoil in the discipline had started in April 1986 when new regulations – in the wake of East Germany’s Uwe Hohn setting a massive world record of 104.80m in July 1984, which clearly presented public safety issues – required that the centre of gravity was moved forward in the men’s javelin.

However, new innovations from 1990 onwards, such as putting serrations behind the grip and then adding an additional piece of metal inside the javelin, saw the javelin once again flying almost the length of the home straight. However, by July 1992 the IAAF, the predecessor of the current global governing body World Athletics, had managed to react to the revolution in the discipline and settled on regulations which remain in force today.

On this day in 1993, Jan Zelezny broke the 95 metre-barrier for the first time in the javelin with 95.54m in Pietersburg, South Africa.

Against this background, the 1992 Olympic champion Zelezny decamped to South Africa for a winter training camp in early 1993. It was a country still coming out of the apartheid era and had only recently readmitted to international sport and it was far from the regular destination for elite athletes to escape the European winter that it is today, but it suited Zelezny’s purposes.

To provide a bit of variety during the training camp, Zelezny signed up to compete in a domestic meeting Pietersburg, now known as Polokwane, In front of just a handful of fans, the world number one thrower faced a field of predominantly local talents, although that group did include naturalised South African Tom Petranoff who a decade earlier had set a world record with the old specification of javelin while still a US citizen.

Feeling in good form but without his preferred javelins to hand, at the start of the competition Zelezny borrowed a 90-metre rated javelin from Petranoff and then proceeded to hurtle down the Mondo runway.

Finding the perfect angle of release with his first throw, the javelin soared out to 95.54m to add over four metres to British thrower Steve Backley’s ratified world record from 14 months earlier.

At that point, a slightly stunned Zelezny – even though he had set two other world records with different specifications of javelin – decided to call it a day and take a deep breath, which was probably needed as the Petersburg Stadium was situated at 1230 metres altitude.

“Of course I am very happy, but this is was just training so it’s not impossible that 100 metres can materialise again,” he told the few local reporters on hand to cover the competition.

Since that momentous day, the rest of the world has still not managed to come within one metre of that that mark – the best of the rest is 94.44m by Germany’s 2017 world champion Johannes Vetter – but Zelezny was to go on and improve on that world record on two more occasions.

He threw 95.66m later in the summer of 1993 in Sheffield, Great Britain, less than two weeks after he had won the first of his three world titles and then on 25 May 1996, as a prelude to his second Olympic triumph, he reached 98.48m in the German city of Jena, which was coincidentally also on a track installed by the European Athletics Green Inspiration Partner Mondo.

Almost 24 years later, that latter mark still remains the world record and many pundits expect it to do so for some time to come but many people still remember the buzz around the athletics world when the news leaked out of Zelezny stunning improvement to the world record and breaking the 95-metre barrier in South Africa on 6 April 1993.