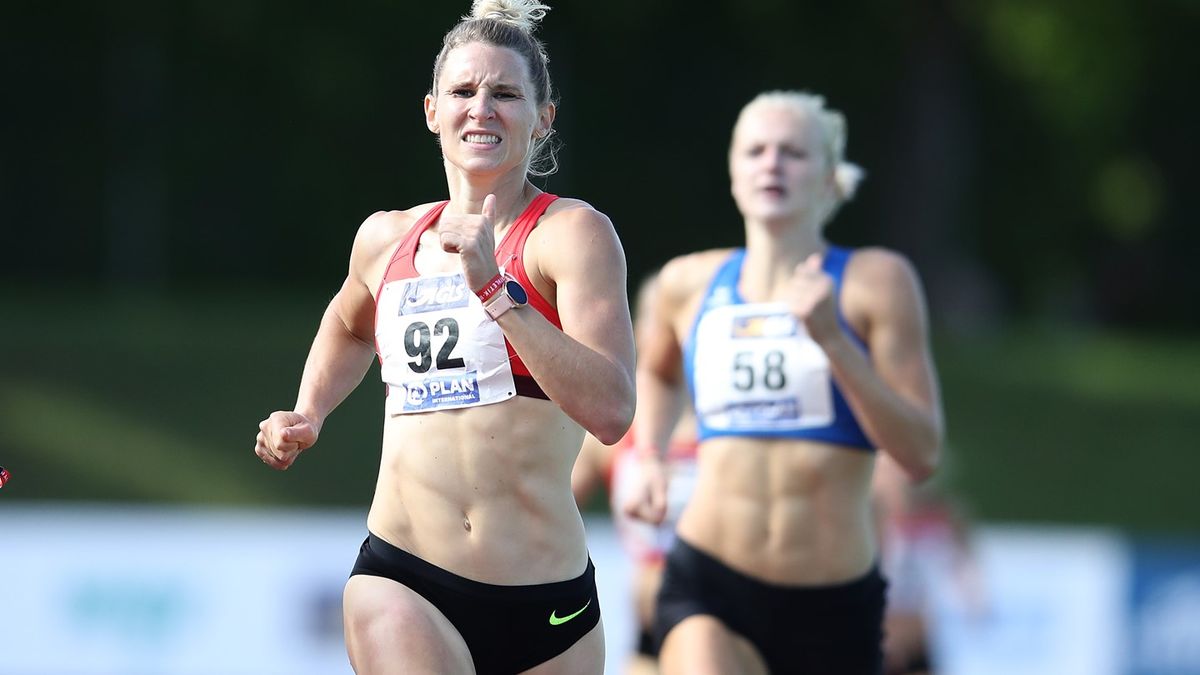 European bronze medallist Carolin Schaefer moved to second on the 2020 world heptathlon list with a score of 6319 points at the German Combined Events Championships in Vaterstetten on Sunday (23).

Contesting her first heptathlon since transferring to world decathlon champion Niklas Kaul’s training group in Mainz, Schaefer was on pace to surpass Alina Shukh’s world lead of 6386 points but the 28-year-old slipped off this schedule in the last two events.

Her mark of 48.24m in the javelin was the best of the day and her 2:16.90 clocking in the 800m was comparable to her lifetime best of 2:14.10 but Schaefer has been working specifically on these two events this year and was hoping yesterday's performances would have yielded something in excess of those marks.

'It was consistently positive up to the javelin throw,' summed up Schaefer, the 2017 world heptathlon silver medallist, as reported by Leichtathletik.de.

All three medallists surpassed the 6000 point-barrier in the heptathlon. Anna Maiwald was second with 6112 points followed by Vanessa Grimm who was rewarded with a lifetime best of 6047 points.

With Matthias Brugger an early casualty in the decathlon after false starting in the 100m, there was a surprise outcome at the German Championships.

Jannis Wolff achieved the best score across the two days with 7670 points although he was only registered for the U23 division. This meant that 20-year-old Malik Diakite was crowned German champion with 7641 points.

Henriette Jaeger has already come within 100 points of the world U18 heptathlon best this season and the 17-year-old further demonstrated on Saturday (22) that her range of talents extends far beyond the combined events.

Competing in Trondheim, the 17-year-old clocked 11.51 in both the 100m heat and final to surpass the Norwegian U18 record of 11.65 and come within 0.06 of the Norwegian U20 record held by Ezinne Okparaebo.

But this was the hors d’oeuvre to a sensational performance only half-an-hour later. Taking to the blocks in the 400m for just the third time in her career, Jaeger stopped the clock at a remarkable 52.52. Not only did Jaeger decimate both the Norwegian U18 and U20 records, she also moved to fourth on the Norwegian all-time list.

On the women’s side Phil Healy won the 100m in 11.71 and European U20 heptathlon silver medallist Kate O’Connor won the javelin with 49.24m. Due to strict restrictions on the staging of outdoor events in Ireland, the national championships are taking place across two weekends in 2020.

At the Swiss U23 Championships in Frauenfeld, European U23 champion Jason Joseph won the 110m hurdles in 13.44 ahead of European U20 decathlon champion Simon Ehammer in 13.89. Ehammer also won the long jump with an excellent 7.91m against a 1.4 m/s headwind. Fellow combined eventer Annik Kalin won the women’s long jump with 6.38m.

World 200m champion Dina Asher-Smith made a surprise appearance at her home track in Bromley on Saturday. Asher-Smith won the 150m in 17.20 ahead of relay teammate Desiree Henry in 17.77.

In Leon on Saturday, Odei Jainaga won the javelin with a Spanish record of 81.90m.

At the Czech Club Championships in Ostrava, 2013 world javelin champion Vitezslav Vesely produced his best throw in more than four years with 83.03m.