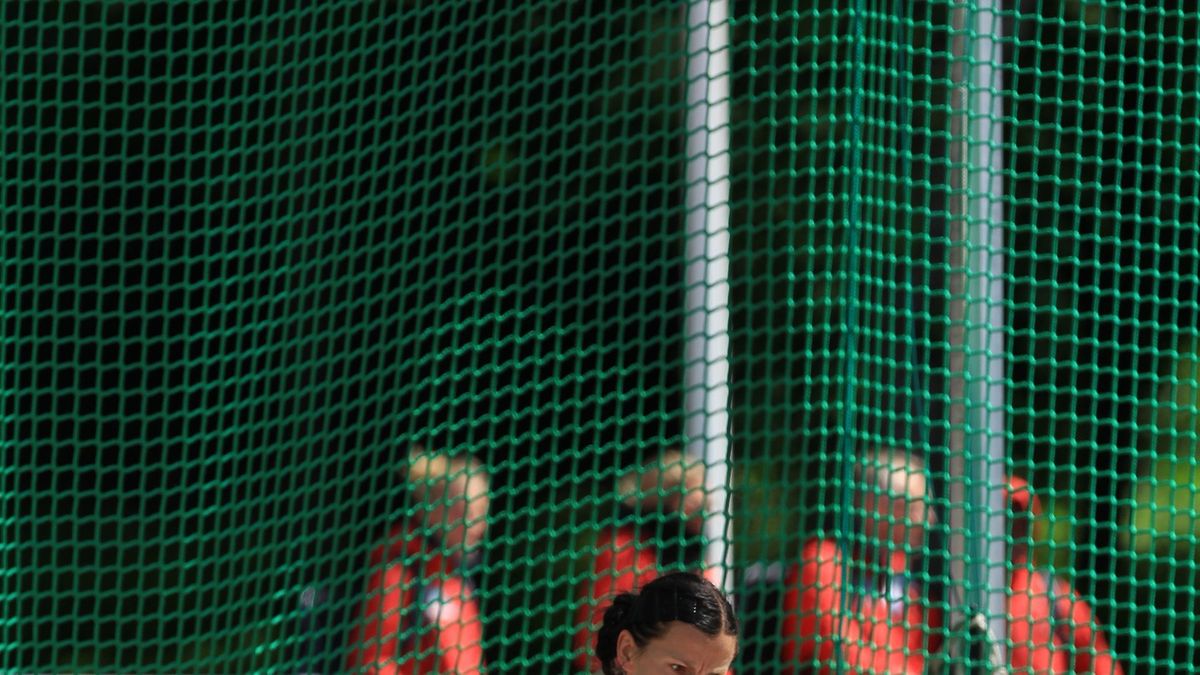 There is nothing like a championship to bring the best of you and that is exactly what Zinaida Sendriuté, 29, experienced here in Tallinn on Saturday.

On a blustery chilly day into a swirling wind, the imposing Lithuanian stepped into the circle for her fourth and final throw. So far she had not managed to breach the 57 metre mark at the Kadriog Stadium but she had at least thrown far enough to merit a fourth attempt.

The best had been left until last, however, and it was on this effort that suddenly everything clicked and the discus thumped into the turf at a championship record of 65.83m.

“I can’t believe I did that,” said a stunned Sendriuté. “I thought the best case would be around 60m.”

Not only was that a championship record but it also erased the mark set last year in Kaunas by none other than the seemingly indestructible Sandra Perkovic of Croatia, double European, world and Olympic champion.

Appropiately, Perkovic was also performing down the Baltic coast in the Second League in Riga but fell some way short of the Lithuanian’s mark with 64.05m.

For Sendriuté that is the second best result of her career after the 65.97m she threw in Kaunas last season and sets her up for a clash with Perkovic who will be seeking her third European gold in Zurich later this summer.

“I am very happy and surprised by the result,” continued the Lithuanian whose only significant medal came when she took silver in the Universiade three years ago.

“There was a lot of nervous tension and you feel strained muscles,” explained Sendruité.

Her rivals seemed as stunned as she was. Her closest competitor, Irina Rodrigues of Portugal, ended up more than nine metres in arrears after being only six centimetres down going into the last round.

“My rivals did not seem to know I had a lot of international experience,” said a delighted winner. Her best performance in major championships came in the London Olympics where she finished seventh.