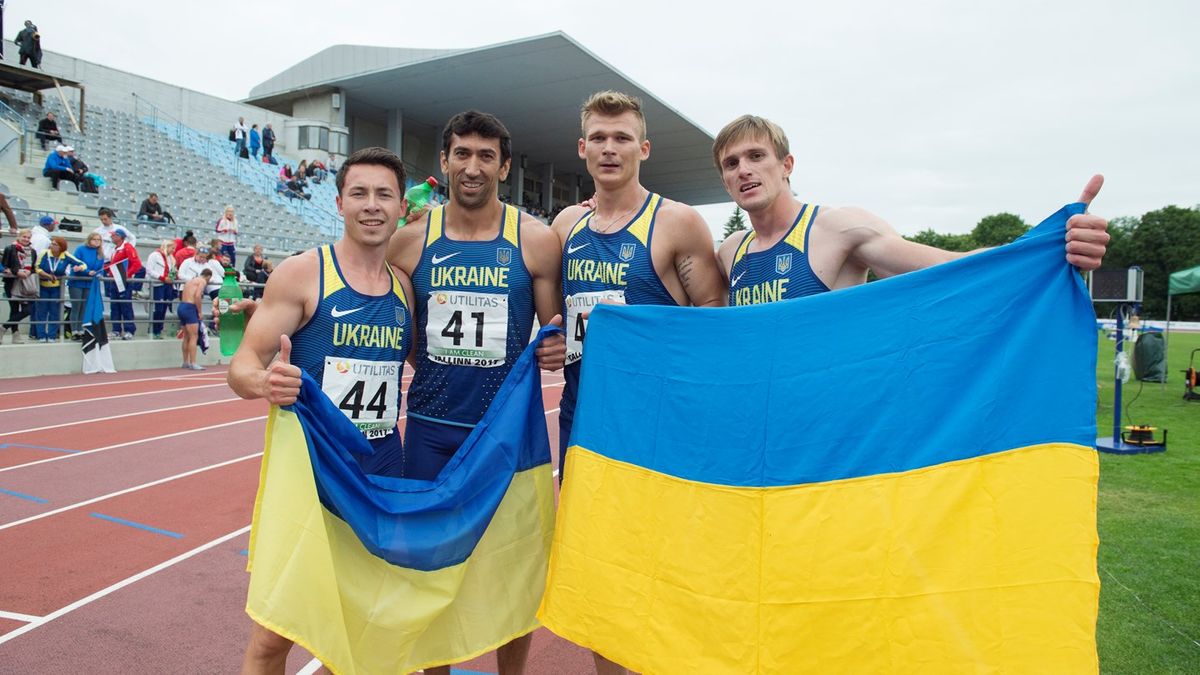 The Ukrainian team overcame a narrow overnight deficit to lift the team title ahead of hosts Estonia at the European Combined Events Team Championships Super League in Tallinn on Sunday (2).

The star performer on the second day was the inaugural European U18 heptathlon champion Alina Shukh, 18, who moved from fourth to first over the course of the second day.

Overnight leader Geraldine Ruckstuhl from Switzerland maintained her lead with a lifetime best of 6.06m in the long jump - her first time in excess of the six metre line - with Shukh moving into second with 6.10m.

Both Shukh and Ruckstuhl, who are expected to clash again at the European Athletics U20 Championships in Grosseto, are superb exponents of the javelin and while Ruckstuhl went out to 53.72m - an excellent mark albeit six metres down on her lifetime best - Shukh moved into the lead with an emphatic 55.95m, her best ever throw in a heptathlon.

Shukh held a lead of eleven points over Ruckstuhl heading into the 800m and as expected, the Ukrainian duly extended her advantage, clocking 2:12.61 to Ruckstuhl’s 2:17.04 to bolster her country’s prospects of claiming the team title for the first time.

Shukh added more than 100 points to her lifetime best with a score of 6208 points with Ruckstuhl a close second with 6134 points. The Swiss still leads the world U20 rankings with her national senior record of 6291 points from the Gotzis Hypo-Meeting in May but the head-to-head is poised at one apiece with Grosseto only three weeks away.

Alina Shukh, 18, wins the heptathlon at the European Combined Events Super League with a lifetime best of 6208.https://t.co/bELXAqSzyS pic.twitter.com/B5FbAYiVyl

Estonia's Grit Sadeiko was third overnight and she maintained that position on the second day with a total of 5958 points ahead of Ellen Sprunger, fourth for Switzerland with 5813 points.

While Sadeiko had a steady second day, the Estonian decathletes had varying fortunes across the concluding five events in the Kadriorg Stadium.

Overnight leader Oleksiy Kasyanov extended his lead to over 200 points after clocking 13.98 in the 110m hurdles - the fastest time of the day - followed by a solid 41.42m in the discus but the Ukrainian had some notoriously weak events to follow.

Estonia’s Janek Oiglane was third overnight but he substantially outperformed Kasyanov in the pole vault - 5.10m to 4.60m - and the javelin - 68.79m to 49.93m - and entered the 1500m with a cushion of 241 points over Kasyanov with Oiglane’s teammate Karl Robert Saluri also performing well in third.

After the completion of the first day, Estonian decathletes filled four of the top seven places on the leaderboard but their chances took a double hit when their third counter Markus Leemet no heighted in the pole vault before Kristjan Rosenberg withdrew from the competition after taking just one throw in the javelin.

Despite some misfortune in the preceding events, only 61 points separated Ukraine and Estonia heading into the 1500m but the Ukrainian decathletes packed well to capture the team title from Estonia with a combined score of 40,085 to the hosts’ 39,779.

But Oiglane still gave the home crowd something to cheer for as he won the individual decathlon title with a lifetime best score of 8170 - in excess of the qualifying standard for the World Championships - ahead of Kasyanov (7958 points) and Saluri (7837 points).