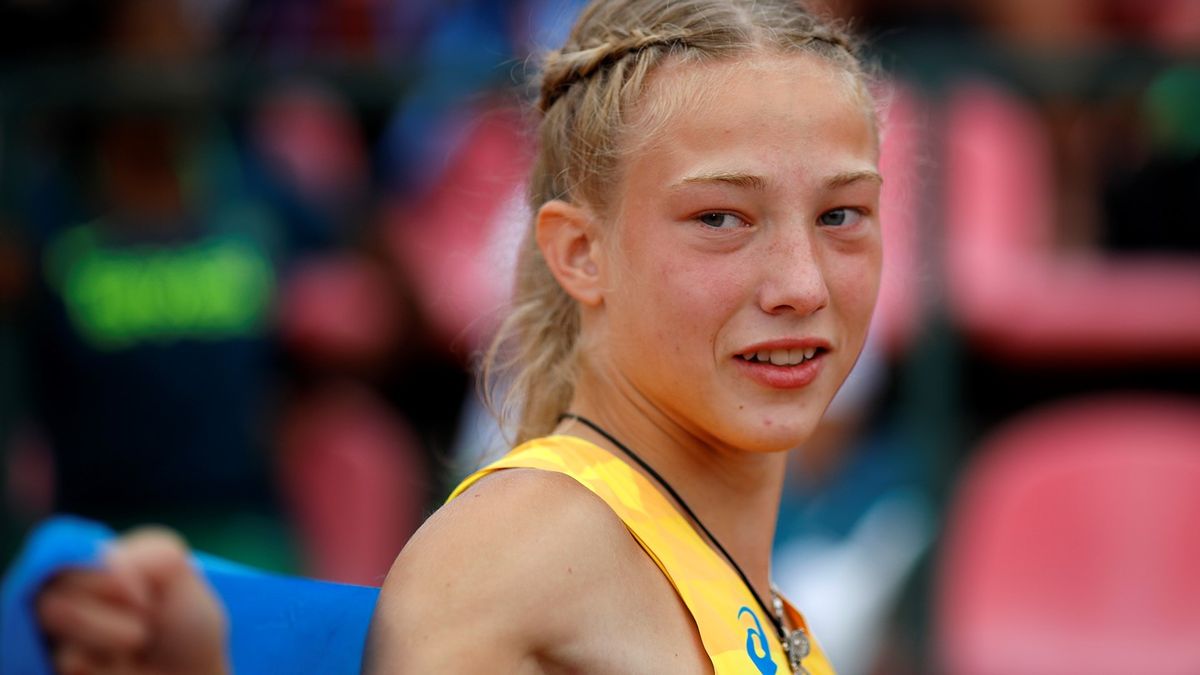 Shukh scores a world heptathlon lead of 6386 points in Lutsk

Ukraine’s Alina Shukh broke her three-year-old lifetime best in the heptathlon at the Ukrainian Team Championships in Lutsk on Sunday (16).

Shukh won the European U20 title in Grosseto in 2017 with 6381 points and the 21-year-old finally eclipsed that score in her first heptathlon of the season, tallying a world leading total of 6386 points. “Not bad for the first competition, but I still feel like I can improve a lot!” Shukh wrote on her Instagram page.

Shukh excelled on the first day with a 1.91m clearance in the high jump and she concluded her campaign brilliantly, reaching out to 53.64m in the javelin and recording a fast 2:11.31 in the 800m which took her five points in excess of her previous lifetime best.

With a more benign wind in the 200m, Shukh would have almost certainly surpassed the 6400 point-barrier but a 2.2 m/s headwind pegged her back to a modest 26.62.

World and European finalist Iryna Klymets was in great shape in the hammer, producing throws of 73.01m and 72.96m. Viktoriya Tkachuk also won the 400m in a fast 51.85 ahead of European 400m hurdles silver medallist Hanna Ryzhykova in 52.01.

Nedasekau clears a world lead of 2.33m in Minsk

Maksim Nedasekau began his competition in Minsk on Saturday (15) by clearing 2.02m off a three step approach but the European silver medallist eventually cleared a world leading height of 2.33m.

One of six athletes to jointly hold the world lead at 2.30m prior to the weekend, Nedasekau cleared 2.26m before raising the bar to a prospective world lead of 2.31m. After two failures, Nedasekau - as he often does - gambled at the next height of 2.33m and the 22-year-old duly went cleared before unsuccessful attempts at lifetime bests of 2.36m and 2.37m.

“I'm so glad I cleared 2.33m; now I lead the world ranking alone. My attempts at 2.36m and 2.37m were good in principle but we still need to practice technically to overcome it. If I am invited to international competitions, I will gladly perform at them because I am in good shape,” said Nedasekau, who finished fourth at the World Championships last year.

Elsewhere, Pavel Bareisha won the men's hammer with 76.41m and Iryna Vaskouskaya won the triple jump with 14.05m ahead of former European U20 champion Violetta Skvartsova with 13.89m.

Lisek clears 5.90m on his birthday in Szczecin

Lisek cleared season’s bests of 5.80m and 5.90m to move to second on the 2020 European list behind Armand Duplantis who improved to 6.00m in the Monaco Diamond League on Friday evening.

A bigger challenge will surely await Lisek at the Irena Szewinska Memorial in Bydgoszcz on Wednesday (19) evening when he will face two-time world champion Sam Kendricks from the United States for the first time this season.

European bronze medallist Holly Bradshaw made a belated start to the outdoor season but the Brit was in good form again, clearing 4.70m on her second attempt before three tries at a prospective British outdoor record of 4.82m.

European champion Michal Haratyk produced another of the meeting’s highlights by winning the shot put with a season’s best of 21.57m, beating former world and European champion David Storl from Germany by nearly one metre with 20.58m.

The Netherlands’ Lieke Klaver, who is part of the same training group as Femke Bol who holds the world lead in the 400m hurdles, achieved a notable double in La-Chaux-de-Fonds on Saturday (15).

Norway’s Line Kloster edged out European champion Lea Sprunger in the 400m hurdles, 55.62 to 55.64. For Sprunger, this was her first race at her specialist distance this season and her first race in over a month due to injury. Sprunger also clocked 23.21 in the 200m.

There was also rich success for the Italian contingent competing across the border in La-Chaux-de-Fonds. Filippo Tortu won the 100m in 10.18 (he also ran 10.16 in the heats), Eseosa Desalu won the 200m in a European-leading 20.36 and former European U20 champion Vladimir Aceti won the 400m in 45.65.

Performances in the field events dominated the spotlight at the Swedish Championships in Uppsala from 14-16 August.

World discus champion Daniel Stahl approached the 70 metre-line again with his winning throw of 68.74m. World record-holder Armand Duplantis duly claimed his first national title in the pole vault but less than 48 hours after competing in the Monaco Diamond League where he cleared 6.00m, a fatigued Duplantis could only clear 5.65m before three failures at 5.80m.

Angelica Bengtsson recently lost her Swedish record in the pole vault to Michaela Meijer but Bengtsson took the domestic spoils with a 4.71m clearance. Lisa Gunnarsson was second with 4.46m with Meijer, who has cleared 4.83m this year, having to settle for third with 4.36m.

There were also notable performances in the long jump finals. Thobias Montler set a season’s best of 8.15m in the men’s long jump while Khaddi Sagnia, who led qualifying with 6.74m, jumped 6.72m in the final. 16-year-old Melwyn Lycke Holm, the son of 2004 Olympic champion Stefan Holm, also won the high jump with a 2.13m clearance.

On the track European silver medallist Andreas Kramer approached his national record of 1:45.03 with victory in 1:45.53.

Annimari Korte approached her national record of 12.72 in the 100m hurdles again at the Finnish Championships in Turku on Friday (14).

Korte sped to a 12.81 clocking in the heats before improving to 12.79 in the final to underline her consistency in 2020. From her 16 outdoor races this year, Korte has broken the 13 second-barrier 15 times.

Lassi Etelatalo won the javelin title with 82.20m ahead of former European champion Antti Ruuskanen with 79.22m and in-form Aaron Kangas won the hammer with 76.94m.

Maria Huntington surpassed the 6000 points-barrier in the heptathlon with 6074 points ahead of 17-year-old Saga Vanninen who set a national U20 record of 5861 points.

Competing as a guest, Olympic and world champion Christian Taylor won the triple jump with 17.13m. His wife Beata Schrott won the 100m hurdles title in 13.27.

European U23 bronze medallist Hanne Maudens won the heptathlon title at the Belgian Championships in Brussels with 6167 points, within 100 points of her lifetime best of 6252 points. Maudens had a brilliant second day with 6.32m in the long jump and 2:06.31 in the 800m.

European U20 champion Thomas Carmoy cleared 2.25m in the high jump and in-form Ben Broeders returned from the Monaco Diamond League to win his domestic title with a 5.60m clearance in poor conditions.