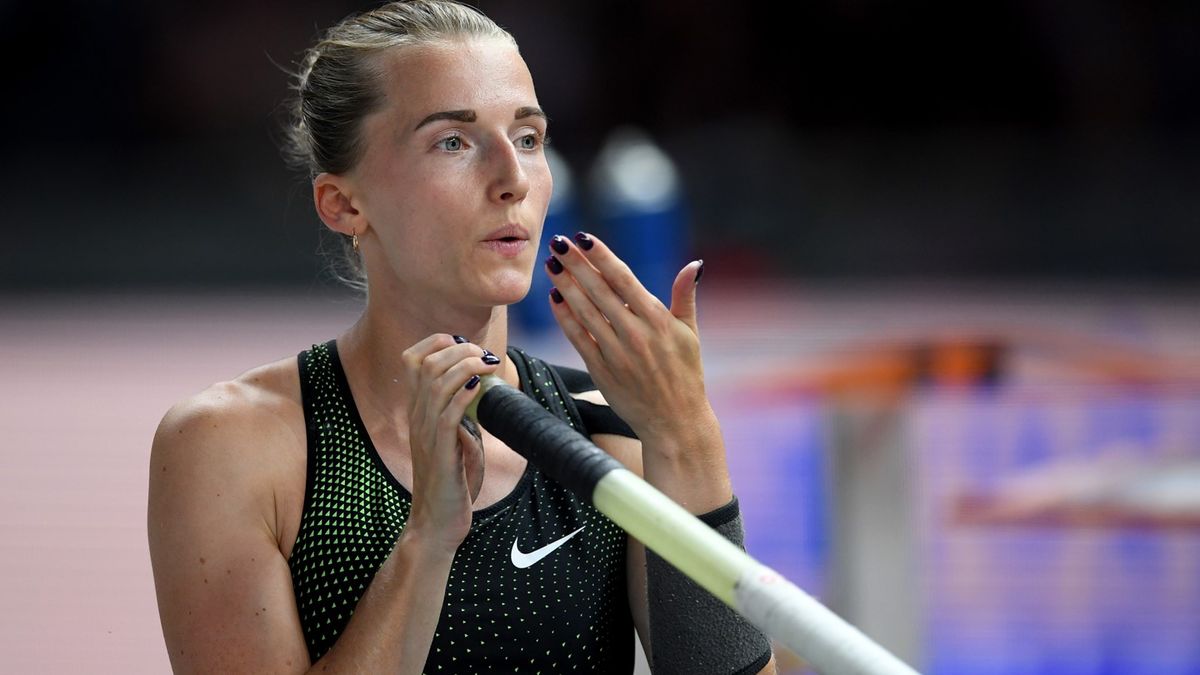 Sidorova soars to a world-leading 4.91m in Madrid

Anzhelika Sidorova, the European indoor pole vault champion from Prague in 2015, demonstrated on Friday (8) night how she is looking to scale those heights again.

With a clearance of 4.91m, Sidorova not only soared to victory at the Madrid Indoor Meeting, she went flying to the top of the 2019 world lists, three weeks before the start of the Glasgow 2019 European Athletics Indoor Championships.

'I didn't expect such a good performance today,' she said, speaking to the IAAF after her glory.

But with it not only comes a message to the rest of her rivals of the form she is in but also to Greece's Ekaterini Stefanidi who is looking to win back-to-back European indoor titles next month.

'I didn’t expect such a good performance today'@AnzhelikaPV goes over 4.91m for a lifetime best, maximum #WorldIndoorTour points & the best clearance in the world this year ✨

When Stefanidi won gold at the European Championships in Berlin in August with a championship record of 4.85m, Sidorova had to settle for fourth.

She was fourth again on Friday – only this time it referred to her position on the world indoor all-time lists after edging her personal best up by one centimetre.

The world lead had stood at 4.86m and after she cleared that at her second attempt, she went over at 4.91m with her third attempt to achieve a prolific win from Greece's Nikoleta Kiriakopoulou with 4.74m and Canada's Alysha Newman on 4.56m.

When he stood on the top step of the podium in Berlin last summer, Miltiadis Tentoglou became one of the youngest gold medallists in European Championships history.

By the time he arrives in Glasgow he will still be only 20 – and another title might await him after a European-leading performance.

Jacobs also cleared 7.98m in the opening round to lead but then Tentoglou took over, with 8.13m in round three and then his 8.23m in round four to write his way into national history.

The distance matches that achieved by Louis Tsatoumas – amazingly on the same date, February 8, in 2014.

Tentoglou, the reigning European U20 champion, was the first Greek athlete to win the long jump title at the European Championships outdoors and now he could become the first to win it indoors too.

Top marks by European athletes was very much the order of the day and Sofia Ennaoui is now at the helm of the European lists in the 1500m after a fine victory in 4:08.31.

The Polish middle distance runner has had a magnificent few years and will be among the main contenders in Glasgow to add to her growing medal list.

Ennaoui will put down a big challenge for gold in Glasgow and fresh from a lifetime best over 800m in Torun, the European outdoor silver medallist won by over a second in the 1500m from Ireland’s Ciara Mageean in 4:10.12 and Ethiopia’s Lemlem Hailu in 4:11.16.

The full house in Madrid were treated to another great run by Ewa Swoboda who is proving to be unbeatable over the 60m this winter.

After her success over the Netherlands’ Dafne Schippers during the IAAF World Indoor Tour series in Karlsruhe five days earlier, it was the same story here on the road to Glasgow.

Once more showing all the power and tenacity needed over this short distance, Swoboda won in 7.11 from Schippers in 7.18 and her Dutch teammate Jamile Samuel in 7.26.

In the men’s 60m, European U23 200m champion Jan Volko threw his name into the mix for Glasgow with his fastest run of 2019.

The Slovakian won his heat in 6.63 and then clocked 6.58 as he finished a narrow second to American veteran Michael Rodgers in 6.57 with another American, Brandon Carnes third in 6.61.

But in the men’s 60m hurdles final, Orlando Ortega had to relinquish his unbeaten streak after taking second in 7.57, a time and position he shared with Cyprus’ Milan Trajkovic. World indoor silver medallist Jarret Eaton pipped them both, winning in 7.56.

Storl won with 21.01m from Polish duo Konrad Bukowiecki, the defending European indoor champion, with 20.66m and Michal Haratyk, the gold medallist in Berlin, with 19.98m.

The trio shared the podium at last summer’s European Championships, with Bukowiecki second and Storl third as Haratyk took the title.

It was almost five years since Portugal’s 2016 European champion Patricia Mamona had reached 14.36m for the national indoor triple jump record but now she has taken the mark to a new level.

After equalling that mark in Karlsruhe last Saturday, Mamona extended that mark to finish third in Madrid in 14.44m. The competition was won by Venezuelan two-time world indoor champion Yulimar Rojas with a world-leading mark of 14.92m from US athlete Tori Franklin with 14.57m.