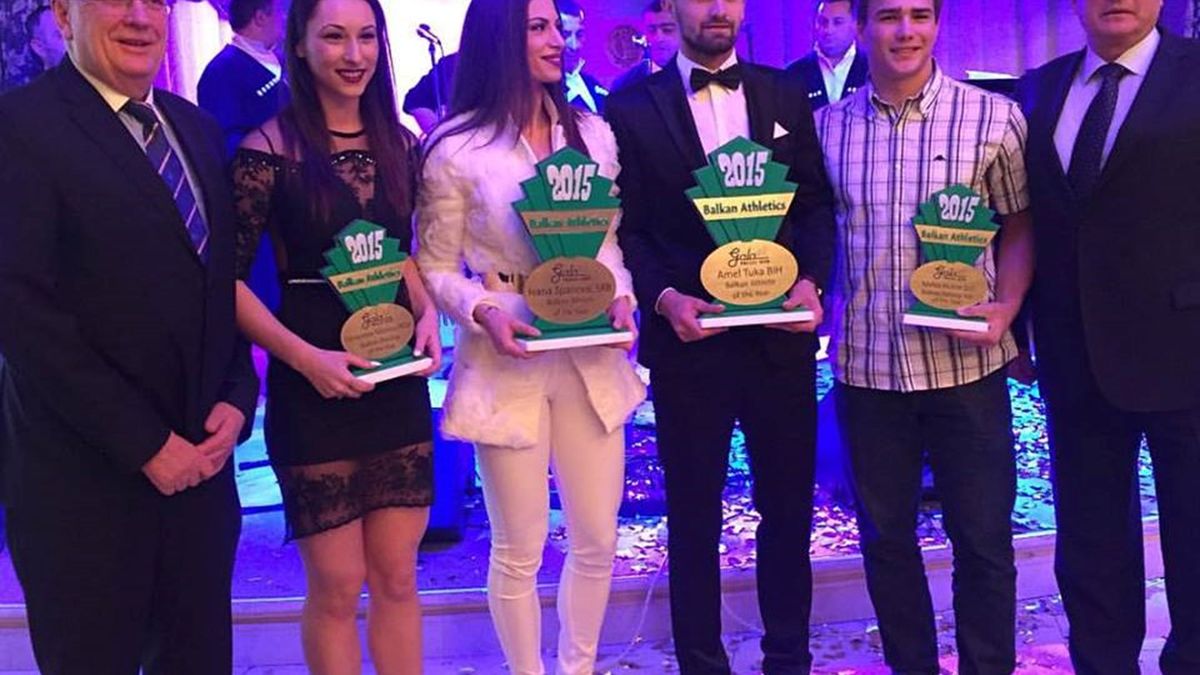 Spanovic and Tuka recognised as Balkan Athletes of the Year

The two were presented their awards during the 5th annual Balkan Athletics Gala held in Tbilisi, Georgia, on 18 November.

European Athletics President Svein Arne Hansen and CEO Christian Milz were in attendance following their visit to Armenia earlier in the week.

“The Balkan nations are passionate about athletics and we are noticing more athletes developing into international champions and we can expect the level to keep on rising in the years to come,” said President Hansen.

Special certificates were presented to the leaders of the ABAF Federations as well as to coaches in recognition for their contribution to the development of athletics.

Dobromir Karamarinov, European Athletics Vice President and President of the Association of Balkan Athletics Federations (ABAF), praised the organisers for the successful staging of the event in Tbilisi.