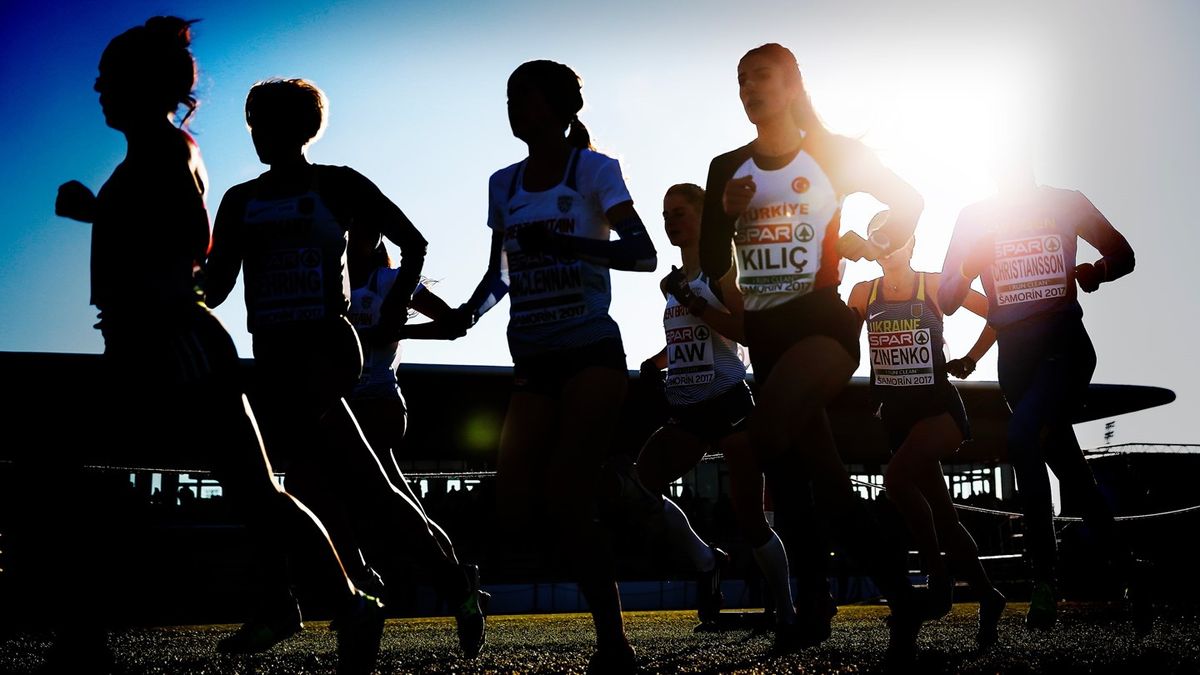 After benign conditions in Chia twelve months ago, sub-zero temperatures and a biting wind greeted the athletes in Samorin at the SPAR European Cross Country Championships. A record number of nations and athletes took part in the 24th edition of the annual championships at the x-bionic sphere which saw a superb day of racing.

In the first race of the day, Great Britain’s Harriet Knowles-Jones improved on her silver and bronze medals from 2015 and 2016 with a dominant display in the U20 race, defeating Hungary’s Lili Anna Toth and Germany’s Miriam Dattke.

After silver in 2015 and bronze in 2016, it's gold for @KJHarriet in the U20 race at the SPAR European Cross Country Championships! pic.twitter.com/NeRANPYDaJ

There was only likely to be one winner in the men’s U20 race with reigning champion Jakob Ingebrigtsen from Norway lining up. Ingebrigtsen left it late but relied on his sprint finish to defeat Turkey’s Ramazan Barbaros to retain his title.

After the race, Ingebrigtsen told us his training is going 'really well this year' and he is 'a better runner' than he was twelve months ago when he won the title in Chia.

“I’m much better now. My training is going very well this year and my form is great at this point.”

We caught up with Jakob Ingebrigtsen after he defended his U20 title at the SPAR European Cross Country Championships. pic.twitter.com/hsR1RXnlLo

In the women’s U23 race, German teammates Alina Reh and Konstanze Klosterhalfen were inseparable until the last 70 metres when Reh powered away from her teammate who was looking to claim her third successive individual title at the European Cross Country Championships.

A terrific battle between Alina Reh and Konstanze Klosterhalfen in the U23 race!

Having finished 5th, 4th, 3rd and 4th in the U20 race, Reh strikes gold in her first season in the U23 ranks. pic.twitter.com/fusxSnaXdv

After a string of excellent performances on the roads and at cross country, Reh is now turning her focus to the Berlin 2018 European Championships in August where she will be competing on the track.

“It was the plan that we push on and keep going. I think we did that really well!”

Alina Reh tells us about the team tactics in the U23 race at the SPAR European Cross Country Championships. pic.twitter.com/r6wrs8LYu2

The men’s U23 race was expected to be a head-to-head between European U23 track champions Yemaneberhan Crippa from Italy and Carlos Mayo from Spain. They had to settle for third and fifth respectively as the French took a surprise one-two through Jimmy Gressier and Hugo Hay.

With their third scoring counter finishing in fourth, France easily won the team title and their teammates joined in with the celebrations!

Fantastic scenes as the @FFAthletisme U23 team are mobbed by their teammates! pic.twitter.com/sbwlBAXEZ9

Turkey's Yasemin Can becomes just the second woman in history to defend her senior title at the SPAR European Cross Country Championships.

In the men’s senior race, Turkey’s Kaan Kigen Ozbilen came through gradually over the second half of the race to defeat Spain’s European indoor 3000m champion Adel Mechaal and Great Britain’s Andrew Butchart.

Reigning champion Aras Kaya's chances of retaining his individual title were scuppered by a mid-race fall but he did help Turkey to the team title.

Some drama in the early stages of the senior men's race with reigning champion Aras Kaya taking a tumble. pic.twitter.com/ePphbAsPfM

In the inaugural mixed relay, Cameron Boyek put the British team into a commanding lead on the second leg before Sarah McDonald and Tom Marshall safely maintained that lead to claim Britain's fifth gold medal of the day.

Tom Marshall safely anchors the Brits home ahead of the Czech Republic and Spain. pic.twitter.com/3m9n2FRumH