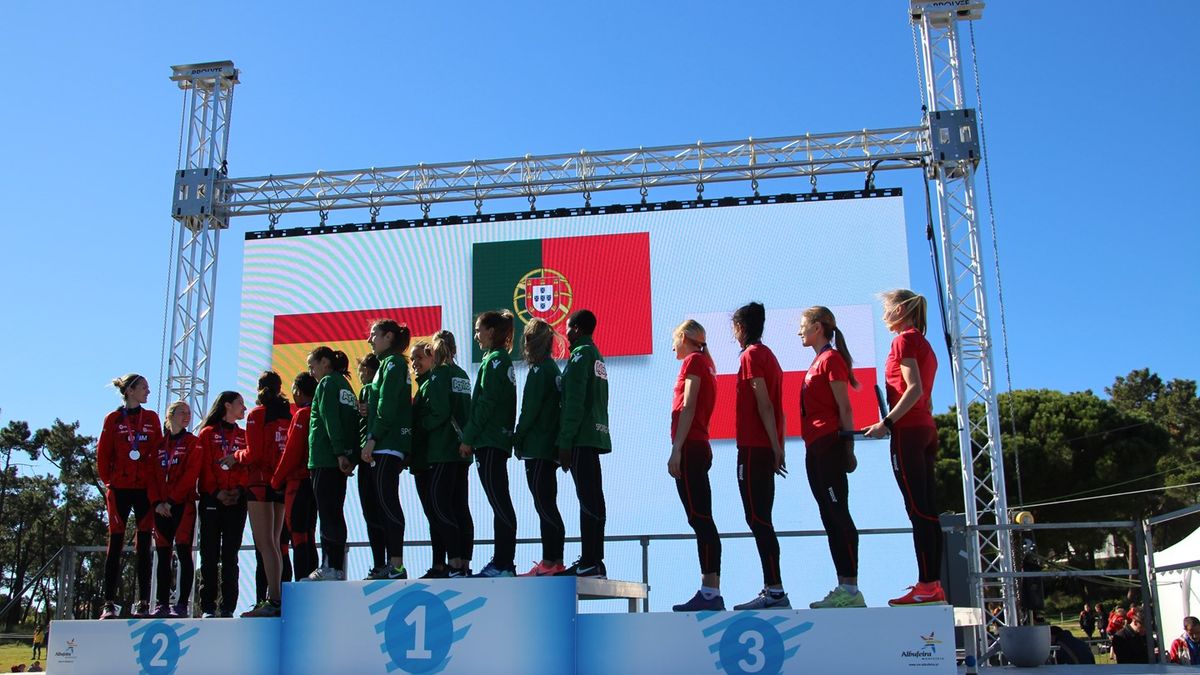 Portuguese teams enjoyed another successful outing at the European Champion Clubs Cup Cross Country on home soil in Albufeira on Sunday (3), winning three of the eight titles on offer.

The first victory of the day came in the U20 men’s 6.09km with Kenya’s world U20 5000m champion Edward Zakayo taking a gun-to-tape win for Sport Lisboa e Benfica, winning in 18:52 ahead of Fenerbahce’s Ayetullah Aslanhan (19:06) and Darica Belediyesi’s Omer Amactan (19:14).

Despite Zakayo’s individual heroics, Sport Lisboa e Benfica just missed out on the team title. They had three counters inside the top 11 - Etson Barros (19:15) and Duarte Gomes (19:41) were fourth and eleventh respectively - but Darica Belediyesi had their top four counters placing inside the top nine, tallying 27 points to win by seven points.

There was a familiar theme in the senior women’s 6.09km as Sporting Clube de Portugal retained their title. Fancy Cherono closed down on Fenerbahce’s Daisy Jeptoo in the very late stages to take the individual victory in 20:15, winning by four seconds to lead Sporting Clube to the team crown.

Cherono was backed up by Sara Catarina Ribeiro in fifth in 20:53 with stalwarts of Portuguese distance running Sara Moreira and Jessica Augusto sixth and 13th respectively.

Sporting Clube tallied 25 points for an overwhelming victory ahead of last year’s runner-up Bilbao Atletismo Santutxo who were helmed once more by Spain’s Trihas Gebre who was third overall in 20:44.

Last year’s individual winner Katarzyna Rutkowska had to settle for eleventh this time in 21:20 but she was the second counter of KS Podlasie BiaÅ‚ystok’s bronze medal-winning team. Anna Gosk was their leading counter in seventh in 21:03.

The senior men’s 9.73km went right to form with reigning champion Davis Kiplangat for Sporting Clube de Portugal and Jacob Kiplimo for Casone Noceto breaking away from the rest of the field in the early stages.

They could only be separated on the last lap when world U20 cross country champion Kiplimo broke away from Kiplangat - a burst which was sustained all the way to the finish-line. They were both credited with an identical finishing time of 29:00 but Kiplimo eked out a convincing gap on the reigning champion.

They didn’t feature in the race for the individual medals for Spanish club Atletismo Bikila ran out team champions with 43 points ahead of Casone Noseto (52) and Sporting Clube (69).

A regular at the European Champion Clubs Cup Cross Country, veteran Ayad Lamdassem - a former three-time individual winner - led his club to the team title by finishing fifth in 30:15 with Yago Rojo (30:20) and Javier Garcia (30:28) not too far behind in seventh and eleventh respectively. Their fourth counter Ricardo Rosado was 20th in 30:49.

The most dramatic race of the day was the women’s U20 4.27km in which Fenerbahce’s Emine Akbingol improved on her runner-up finish from last year despite losing her shoe.

Despite this handicap, Akbingol took victory in 15:07 by three seconds from Clermont Athletisme’s Emilie Renaud with last year’s individual winner Anna Mark Helwigh for Sparta AM third in 15:14.