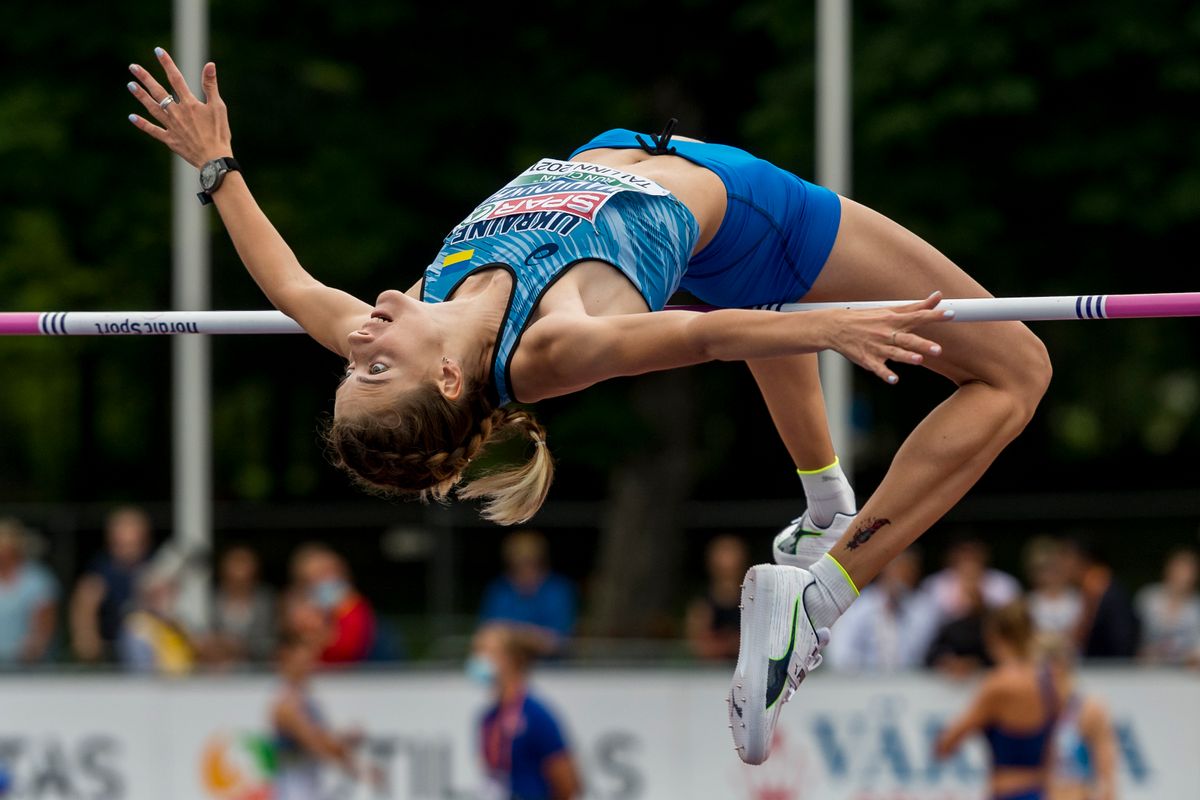 Star names safely progress in the first session in Tallinn

In a prolonged first session at the Tallinn 2021 European Athletics U23 Championships due to the inclement conditions causing the action to be delayed by one hour, the outstanding field eventers navigated their way through to the finals in their respective field events.

World silver medallist Yaroslava Mahuchikh needed an unscheduled second attempt at 1.82m but the Ukrainian soared over the bar to qualify for Saturday’s final alongside the likes of world U20 champion Karyna Demidik from Belarus and Sweden’s Maja Nilsson, one of only two athletes to clear 1.82m on their first attempts.

The women’s discus throwers were the first athletes in action this morning at 9.45am. Like Mahuchikh, Jorinde Van Klinken needed two attempts to qualify for the discus final but the world leader made no mistake with her second round throw of 61.97m, the only 60 metre-plus throw across the two pools.

“My first throw went straight off, it was a technical mistake but my sister - who is coaching me here today - told me to do some drills before the second throw which was way better than the first one,” said Van Klinken who has improved enormously to 70.22m this year.

Reigning champion Marija Tolj from Croatia also surpassed the automatic qualifying line of 55 metres with 57.76m but world and European U18 and U20 champion Alexandra Emilianov from Moldova surprisingly qualified on distance with her only valid throw of 53.51m.

By contrast Mykhaylo Kokhan qualified for the men’s hammer final with his first throw of 74.07m. The precocious Ukrainian arrives fresh from setting a world age-20 best of 80.78m earlier this week although he has downplayed his chances of challenging the long-standing championship record of 80.88m.

“For the final I’m not sure I will be throwing over 80 metres but I will do my best. I have strong competition from other athletes who are able to throw as far as me,” he said.

The men’s pole vault was one of the events to be postponed due to the inclement conditions but nearly all of the main contenders navigated their way through to the final in spite of the delayed start and the far from ideal conditions on offer in the Kadriorg Stadium.

Norwegians Sondre Guttormsen and Pal Haugen Lillefosse both progressed without recording a failure but Guttormsen’s younger brother Simen bowed out at his opening height of 5.20m.

After two strong events, Poland’s Adrianna Sulek leads the heptathlon standings after the completion of the 100m hurdles and high jump.

The world U20 bronze medallist opened her account with a lifetime best of 13.43 in the 100m hurdles in steady rain before clearing 1.84m in the high jump. Sulek had a close third attempt at 1.87m which would have represented her second individual lifetime best of the competition but the Pole still tops the standings with 2089 points ahead of Spain’s Claudia Conte on 2019 points.

Great Britain’s Holly Mills was the fastest in the 100m hurdles with 13.40 but a substandard 1.72m high jump - compared to her lifetime best of 1.85m - saw her drop back to third after two events with 1944 points with Latvia Kristine Blazevica fourth with 1916 points.

Another Pole impressed in the heats of the women’s 100m and Klaudia Adamek will be looking to follow in the footsteps of her compatriot Ewa Swoboda who won this title in 2017 and 2019. Adamek cruised to a lifetime best of 11.30 to qualify fastest for the semifinals which conclude the programme this evening at 8.35pm local time.