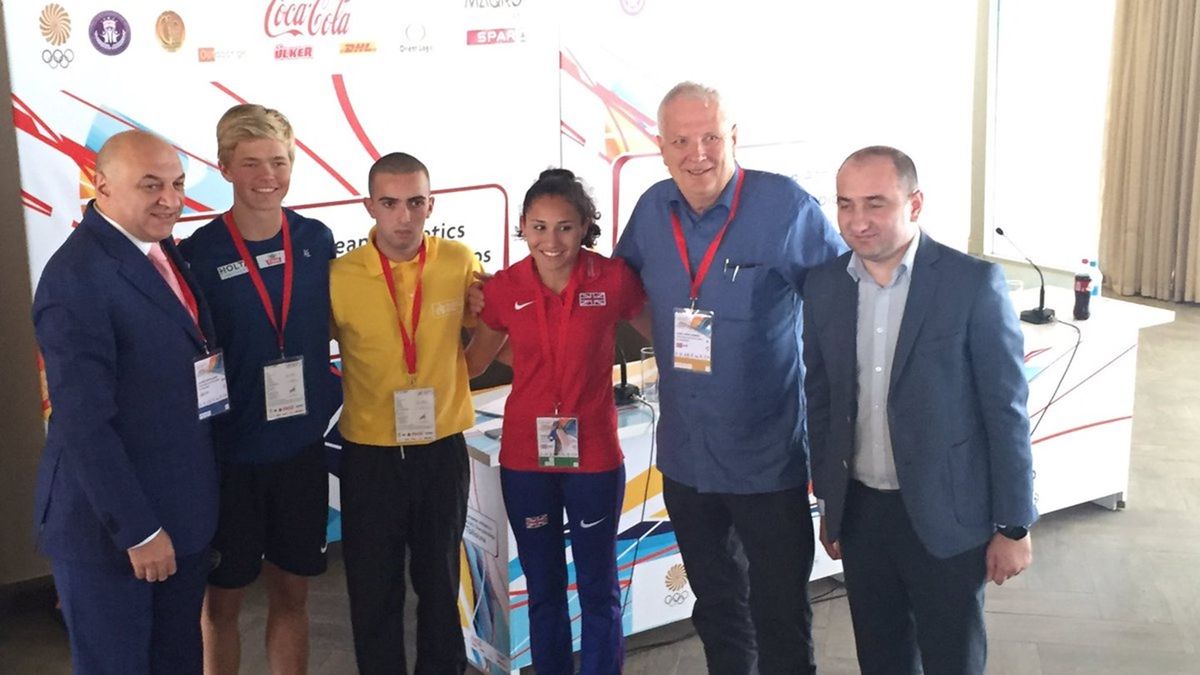 Tbilisi hosted last year’s edition of the well-established European Youth Olympic Festival but European Athletics president Svein Arne Hansen noted at the official press conference held on Wednesday that the Georgian capital will stage the first event of its kind this week.

“We are watching history; this is an historic moment. This is the first time any area has staged a youth championships. I think in the future, the IAAF will move only to area championships,” said Hansen, who is looking forward to a four-day programme which will give us a first glimpse of some of the athletes who will no doubt one day excel at senior level.

“Initially, the stadium looks good, the weather looks fantastic and we have the stars of the future.”

But Hansen acknowledges the event for under-18 athletes is just as much about learning and gaining experience as it is about winning.

“It is to be or not to be in my eyes,” said Hansen on what the athletes can take away from the event. “If you are going to be a star, you have to learn - it’s completely different from competing at club level or the national championships. Here we are following the exact same rules which we use in the big championships.

“This is also the first time they will meet athletes from so many countries and I’m sure they will make a lot of friends - friends for life.”

Another important aspect of the event is to familiarise and educate athletes with the dangers of doping and as part of European Athletics’ commitment to a clean sport, a robust anti-doping programme will be delivered to over 1,000 athletes competing in Tbilisi.

“It’s very essential,” said Hansen on the programme. “They have to learn it from a young age; they have to take the education they get here and take it back to their clubs and to their friends who are doing athletics because we always want a dope-free environment.

“We have two representatives from the Young Leaders Community here who will be assisting and doing this. As part of our programme from European Athletics we aim in the future to have a necessary licence to take part in future European Championships.”

The European Athletics Youth Championships will be the third continental event staged in Tbilisi in as many years and the President of the Athletic Federation of Georgia Alex Akhvlediani believes this is indicative of where the sport is headed.

“The geographical map is changing and we are happy new cities are able to host tournaments like this and this is the way sporting events should develop in the future,” said Akhvlediani.

“The LOC has done huge work for the tournament to be of the highest quality. We are happy to have more than 1,300 athletes here; which is more than the 1,200 we were expecting.”

Hansen paid tribute to the hard work which has been put in by the Athletic Federation of Georgia, the Local Organising Committee and the volunteers who have helped to make the event possible and signed off by wishing the participants the very best of luck.

“I want to thank Alex because without him there would be no championships. I also want to thank the vice-mayor and all of the volunteers because I’ve met them at the hotel and here and they are all doing a fantastic job.

“I really look forward to a great championships and good luck to all the participants,” said Hansen.