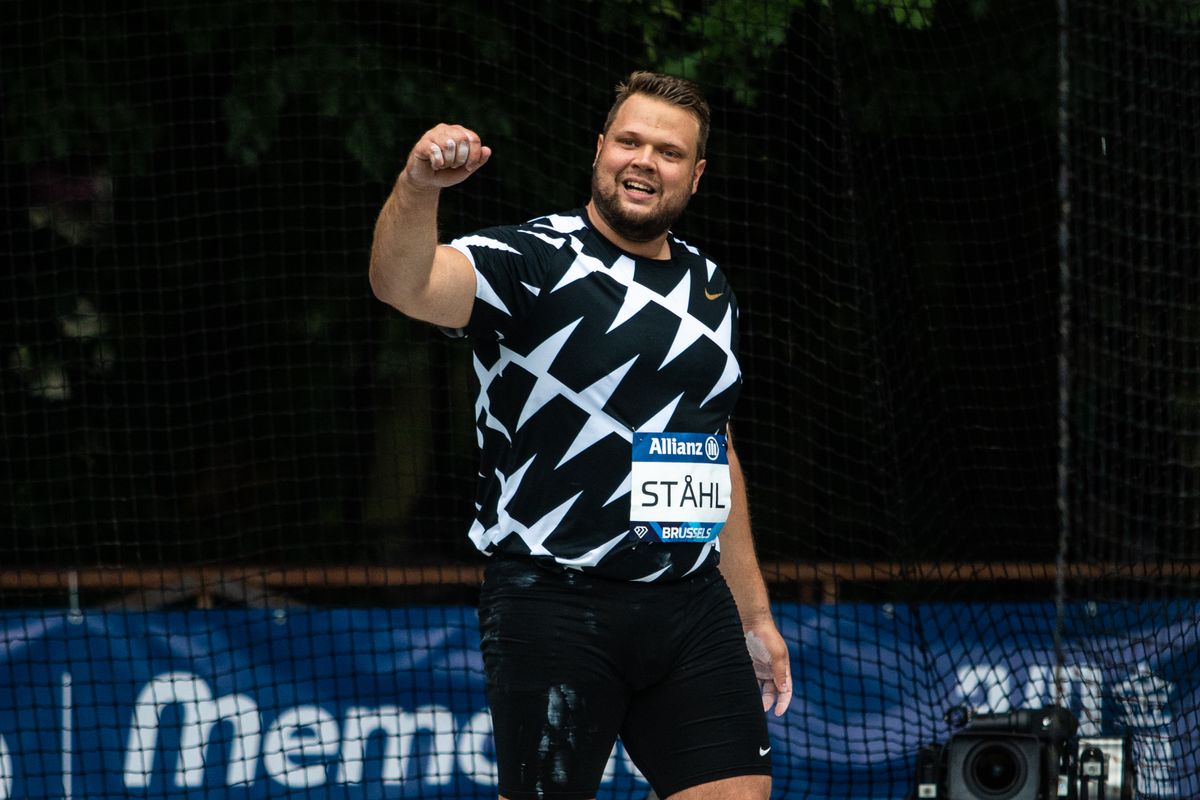 For the third year in succession, Sweden defeated Finland in both the men’s and women’s matches at the Finnkampen, a European Athletics Area Permit meeting, which was held in the Olympic Stadium in Stockholm this weekend.

Helmed by Olympic discus champion Daniel Stahl although Armand Duplantis opted not to compete again less than 48 hours after the Brussels Diamond League, the Swedish men defeated Finland with 230 points to 201 points. The contest on the women’s side was closer but the Swedes still prevailed with 223.5 points to 207.5 points.

Stahl has been one of the bankers for Sweden at the Finnkampen in recent seasons and he dominated proceedings in the discus with two huge throws which were measured at 68.97m and 69.09m. His training partner and Olympic silver medallist Simon Pettersson was second with 63.97m.

European indoor silver medallist Thobias Montler set a meeting record of 8.24m in the long jump and there was another eye-catching performance from former European indoor 800m bronze medallist Andreas Almgren who won the 5000m with a solo 13:29.26 to take down the Finnkampen record set by the legendary Lasse Viren in 1972 in just his second race at the distance.

“It will probably be my championship distance,” said Almgren who revised Viren’s previous mark of 13:32.0.

Carl Bengtstrom was another standout performer for the Swedish team as the 2019 European U20 400m hurdles champion won two events, setting lifetime bests in both races. Bengtstrom won the 400m on the first day in 45.98 before winning his specialist event the following day in 49.24.

Bengstrom wasn’t part of the 4x400m team at the end of the programme but the Swedes not only prevailed in the men’s 4x400m but also set another Finnkampen record, their time of 3:05.81 eclipsing the previous record which dates all the way back to 1992.

European indoor silver medallist Fanny Roos also came away with a Finnkampen record on the women’s side. Roos threw 18.65m for maximum points for Sweden in the shot put.

And even though Sweden still won the women’s contest by a healthy margin, there were a string of notable results for the visiting Finnish contingent.

After finishing second to Sweden’s Lovisa Lindh in the 800m, Finnish record-holder Sara Kuivisto set a Finnkampen record of 4:09.40 in the 1500m, Viivi Lehikoinen won the 400m hurdles in 55.86, Senni Salminen won the triple jump with 13.98m and reigning world and European U20 champion Silja Kosonen led a Finnish one-two in the hammer with 70.70m.

It was an especially poignant meeting for long-time Swedish internationals Erika Kinsey and Sofie Skoog, both of whom announced their retirements from the high jump at the Finnkampen.

Kinsey almost capped her career with victory but had to settle for second on countback to Finland’s Ella Junnila at 1.88m. Skoog was fifth with 1.77m.