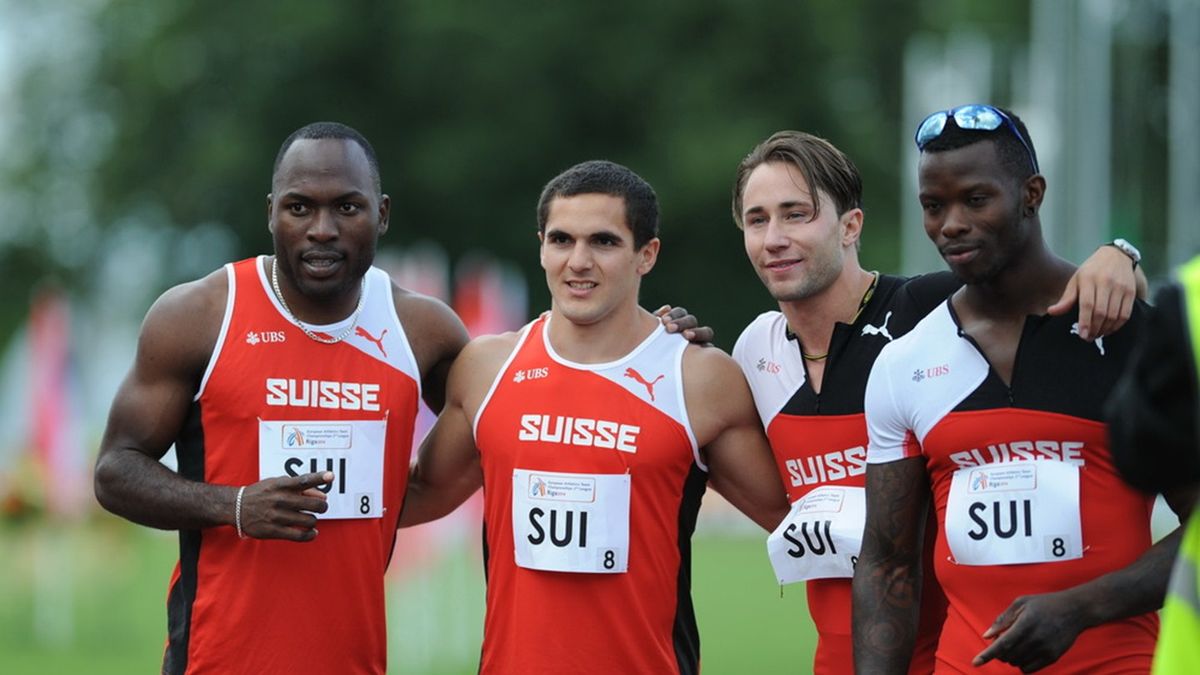 Switzerland booked an instant return to the First League of the European Athletics Team Championships as they won the Second League in Riga on Sunday with Latvia going up with them.

Overnight Switzerland had led with 111.5 from Bulgaria with 108 and Serbia with 106, half a point ahead of Latvia who bridged the small gap to finish runners-up.

It was a day of triumph, though, once more for Serbia's multi-talented Ivana Spanovic who won her specialist event, the long jump, even though it was close.

Her second round effort of 6.58m gave her victory by just two centimetres from Latvia's Aiga Grabuste who had led from the first round with 6.56m.

Spanovic, the World long jump bronze medallist, had taken the triple jump on Saturday and finished third in the 100m.

That sprint had been won by Bulgaria's Ivet Lalova who produced a double of her own as she then won the 200m on Sunday in 22.92.

Switzerland's success was not based on a series of victories on the second day as they had to wait until deep into the afternoon for the first of them as Alex Wilson won the 200m in 20.93 as he beat Denmark's Nick Ekelund-Arenander, who was second in 21.11, with Bulgaria's Petar Kremenski third in 21.22.

And after Wilson's success, Switzerland then won the next race, the women's 5000m, as Fabienne Schlumpf triumphed in a personal best of 15:51.06 from Latvia's Jelena Prokopcuka, more known as a marathoner, in 15:53.77.

Bulgaria’s Rumen Dimitrov won the triple jump with 16.77m and Radoslava Mavrodieva took the shot put with 17.80m but they could not overtake the Latvians who had Rolands Strobinders throwing 78.32m in the opening round of the javelin to achieve maximum points and they gained another eight to move closer towards promotion as Dmitrijs Jurkevics won the 3000m in 8:18.71.

Denmark and Austria had started the second day in the bottom two positions but the Danes survived. Austria, though, went down with Slovakia.