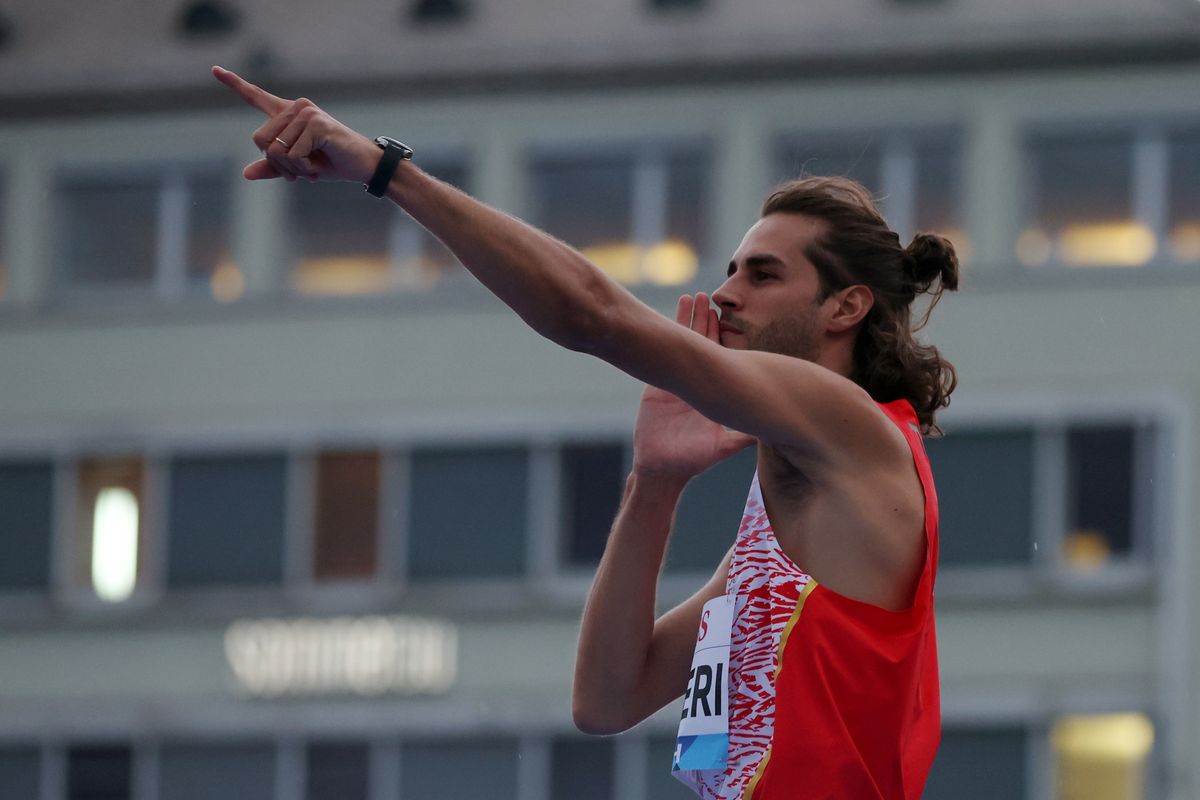 Tamberi caps another stellar season with 2.34m victory in Zurich

Gianmarco Tamberi’s year has gone from strength to strength.

After just missing out on the medals at the World Athletics Championships in Oregon, Tamberi regained his European high jump title in Munich and the Italian capped another memorable year with victory in the Diamond League final in Zurich on Wednesday (7) evening.

On a makeshift track under darkening skies at the Sechselaeuten Platz on the edge of Lake Zurich, Tamberi propelled himself not only to the title but also a season’s best clearance of 2.34m on his only remaining attempt at the height.

“I did it again! Second consecutive victory in the Diamond League and best result of the season! What more could I ask for in the last competition of the season?” he said.

Life away from the track couldn’t be better for Tamberi either. He married his girlfriend Chiara Bontempi last week and the 30-year-old celebrated his victory by kneeling in front of his wife and presenting her with a bouquet of flowers.

The head-to-head with fellow Olympic champion Mutaz Essa Barshim, who was one of the guests at Tamberi’s wedding, didn’t quite materialise but the Italian was pushed all the way by one of the developing forces in the event.

Ju’Vaughn Harrison from the United States took the initiative with first-time clearances at 2.30m and 2.32m but Tamberi - who failed once at 2.32m and then again at 2.34m - showed his competitive brilliance by clearing 2.34m on his last chance despite the deteriorating conditions.

Harrison lost the lead but kept the competition alive with a third-time clearance at 2.34m before three tries at the next height of 2.36m which would have equalled his lifetime best.

Tamberi, whose lifetime best stands at 2.39m, only had one attempt at 2.36m but the Italian slipped slightly on the approach before bringing his competition - and with it his season - to an end.

"I stopped jumping because of the rain. In the moment, it was a bit scary, but I am happy that in the end I took the win. The crowd knows how much I entertain them, so when I asked them to be silent and to stop clapping, that gave me extra energy in an important moment.

“I had the exact same situation at the European Indoor Championships in Glasgow [in 2019], where I also managed an important jump,” he said.