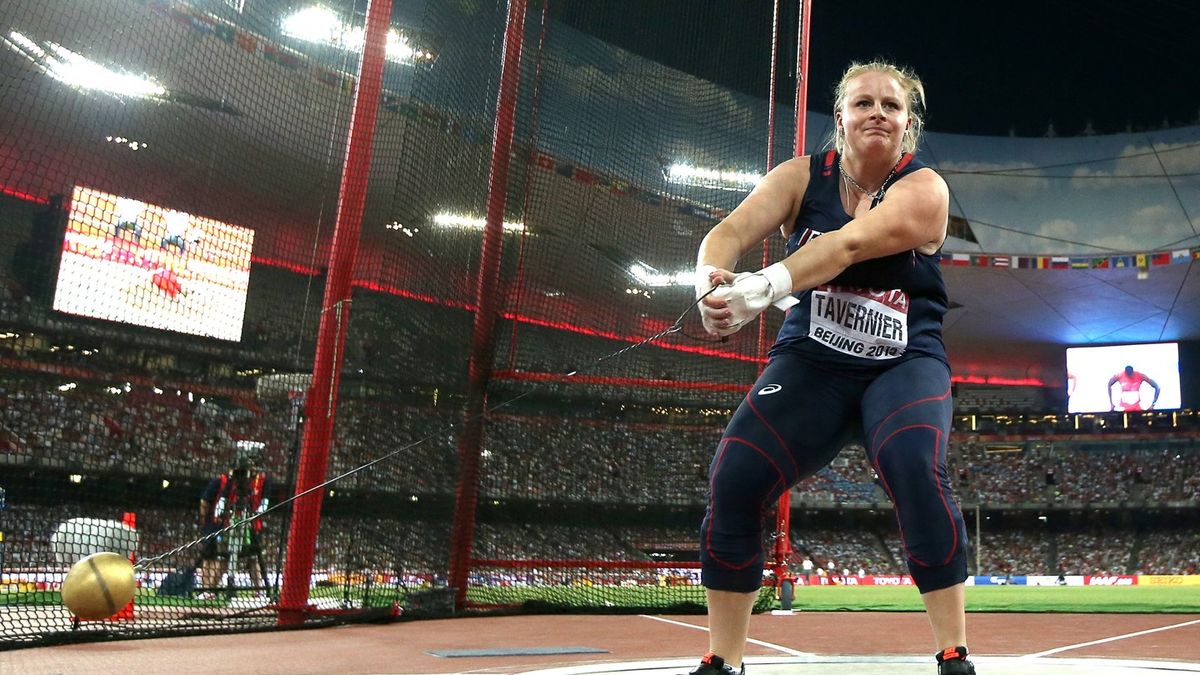 Tavernier ready for her next challenge

It is not often a world record-holder has to look over her shoulder as a youngster threatens her position but that was the case in Beijing last summer in a brilliant world championship hammer final.

A few weeks earlier in August, Poland’s Anita Wlodarczyk had become the first woman to break the 80m barrier with 81.08m and in qualifying in China, she was the furthest with 75.01m. Yet not far behind in second with 74.39m was 21-year-old Frenchwoman Alexandra Tavernier and it became a familiar story.

It was some summer for Tavernier, who a month earlier had been crowned European under-23 champion (72.05m) and now was taking on the greatest in the business.

In the final, Wlodarczyk, 30, led after the opening round with 74.40m and there was Tavernier again, snapping at her heels in second spot with 74.02m.

In the end that distance proved to be the best for the French star but it was enough for a memorable bronze medal - and no doubt a glimpse of where she would like to be one day as Wlodarczyk took gold with a championship record (80.85m).

By early evening in Arad this Sunday, Tavernier will hope to discover just where she is in 2016 as she finds herself in another strong field at the 16th European Throwing Cup.

Group A of the senior hammer women is the last event of this two-day competition and the victory ceremony itself will take place during the closing banquet.

Will the audience be rising to honour Tavernier?

The next challenge in her aspiring career will see her face the woman Wlodarczyk replaced as world record-holder in 2014, Germany’s Betty Heidler.

Heidler held the mark of 79.42m and the German remains one of the major forces in the event as the 2010 European champion and 2012 Olympic bronze medallist.

She was seventh in Beijing (72.56m) a place ahead of Zalina Marghieva (72.38m) and it is the Moldovan who leads the world so far this year with a 74.21m national record throw in Chisinau on 6 February.

No doubt she will be looking to go even further in Romania.