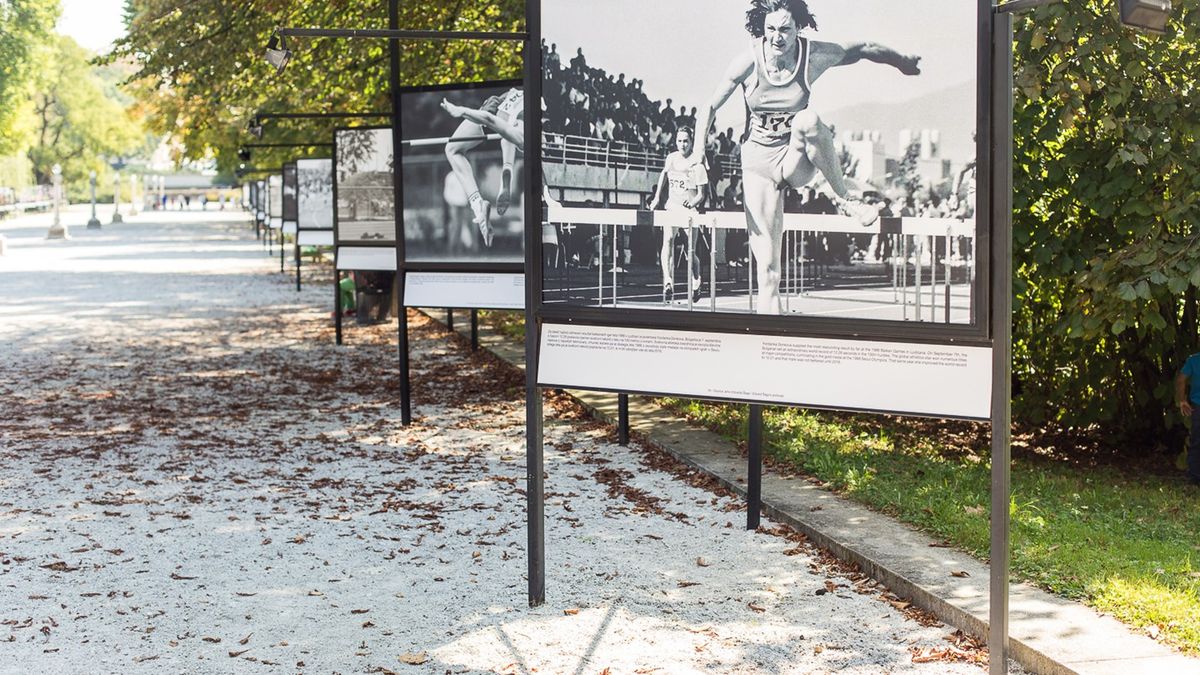 100 years of Slovenian athletics is celebrated in Ljubljana

Slovenian athletics is celebrating its centenary anniversary in 2020 and the event was marked by a special ceremony in the courtyard of the Tivoli Castle in Ljubljana and the opening of a photo exhibition which documents 100 years of athletics in Slovenia.

Even though the federation wasn’t officially founded until 1948, the Slovenian Athletic Federation scheduled the centenary celebrations for this year to coincide with the first ever national athletics championships in Slovenia. They were held in Ljubljana on 25-26 September 1920.

The event was attended by many special guests and dignitaries including Marko Racic, Slovenia’s oldest living Olympian who also celebrated his 100th birthday this year, along with former world indoor and outdoor triple jump medallist Marija Sestak and world and European 3000m steeplechase finalist Marusa Mismas-Zrimsek.

Many of their achievements were featured in the exhibition which also highlights the exploits of Stanko Lorger, the first ever Slovenian to win a medal at the European Championships in 1958. Other landmark achievements to be documented included the first ever Slovenian medal to be won in athletics by Brigita Bukovec in Atlanta 1996 all the way through to Primoz Kozmus, the last Slovenian to win an athletics gold medal at the Olympic Games with gold in the hammer in Beijing 2008.

“Looking back fills us with pride as Slovenian sport has won numerous Olympic medals at world and European Championships due to its athletes. Thank you to all the generations who worked in athletics in one way or another and took care of its development,” said the President of the Slovenian Athletics Association Roman Dobnikar in a speech at the ceremony.

The ceremony at the Tivoli Castle had to be scaled down due to coronavirus but despite a highly challenging and uncertain year caused by the ongoing pandemic, the Slovenian Athletic Federation can look back on their 100th year with a lot of pride. The federations was still able to stage national championships across all age-groups this year along with other significant domestic fixtures.

On the field of play, the season was highlighted by Kristjan Ceh breaking the long-standing European U23 discus record with 68.75m and Mismas-Zrimsek moving to second on the world all-time list in the 2000m steeplechase with 5:56.29. Both marks were set domestically.

“The Slovenian Athletic Federation has very successfully conducted all competitions, all championships and also the league. The federation works both among young and old, which is an important element of health, and running is a basic physical activity and the foundation for most sports,” added Dolinsek.

There was more good news for Slovenian athletics as Dejan Crnek, the deputy Mayor of Ljubljana, announced a building permit for the renovation of the city’s indoor track as well as further support for the Ljubljana Marathon, Slovenia’s largest sporting and recreational event.