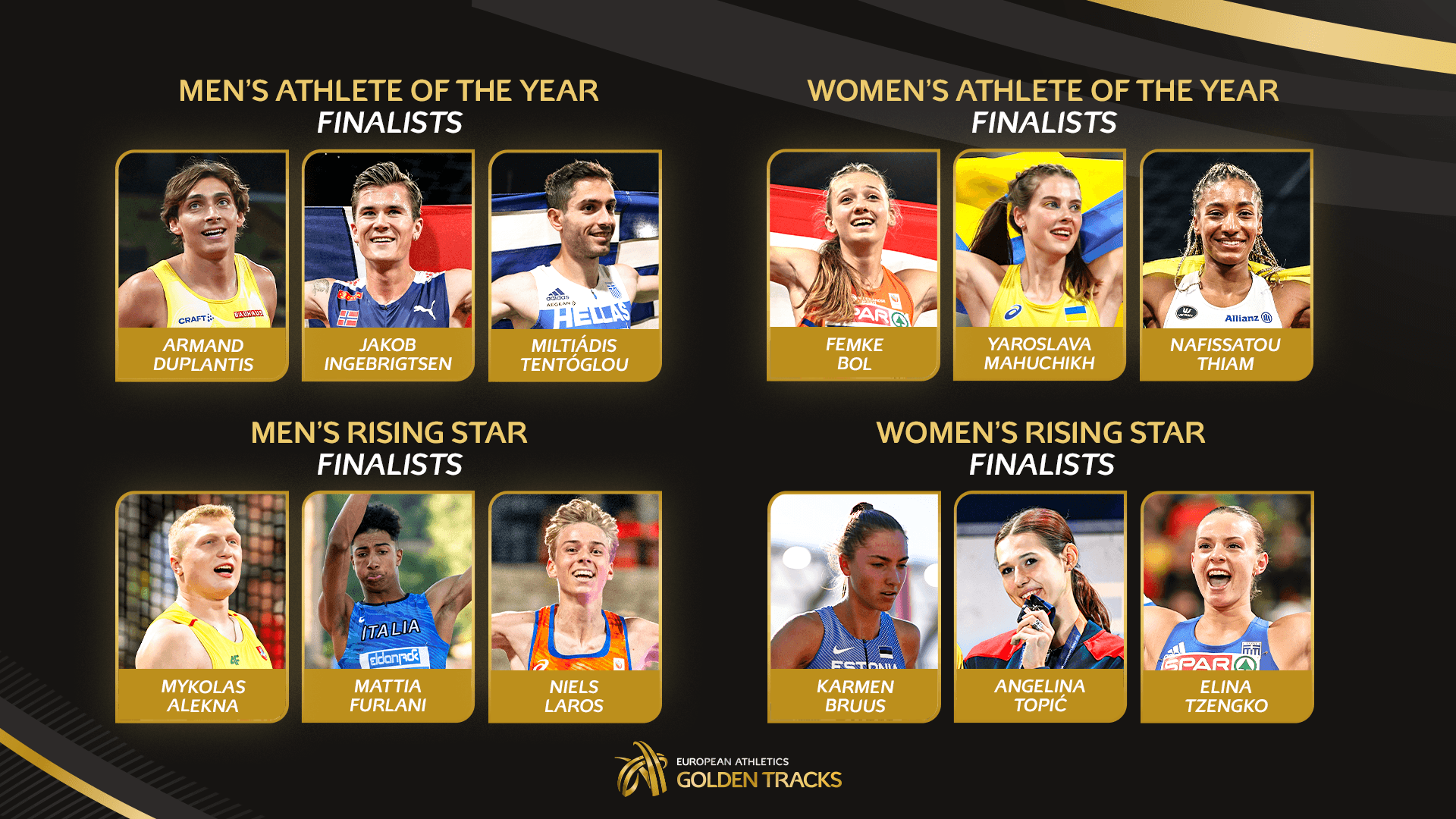 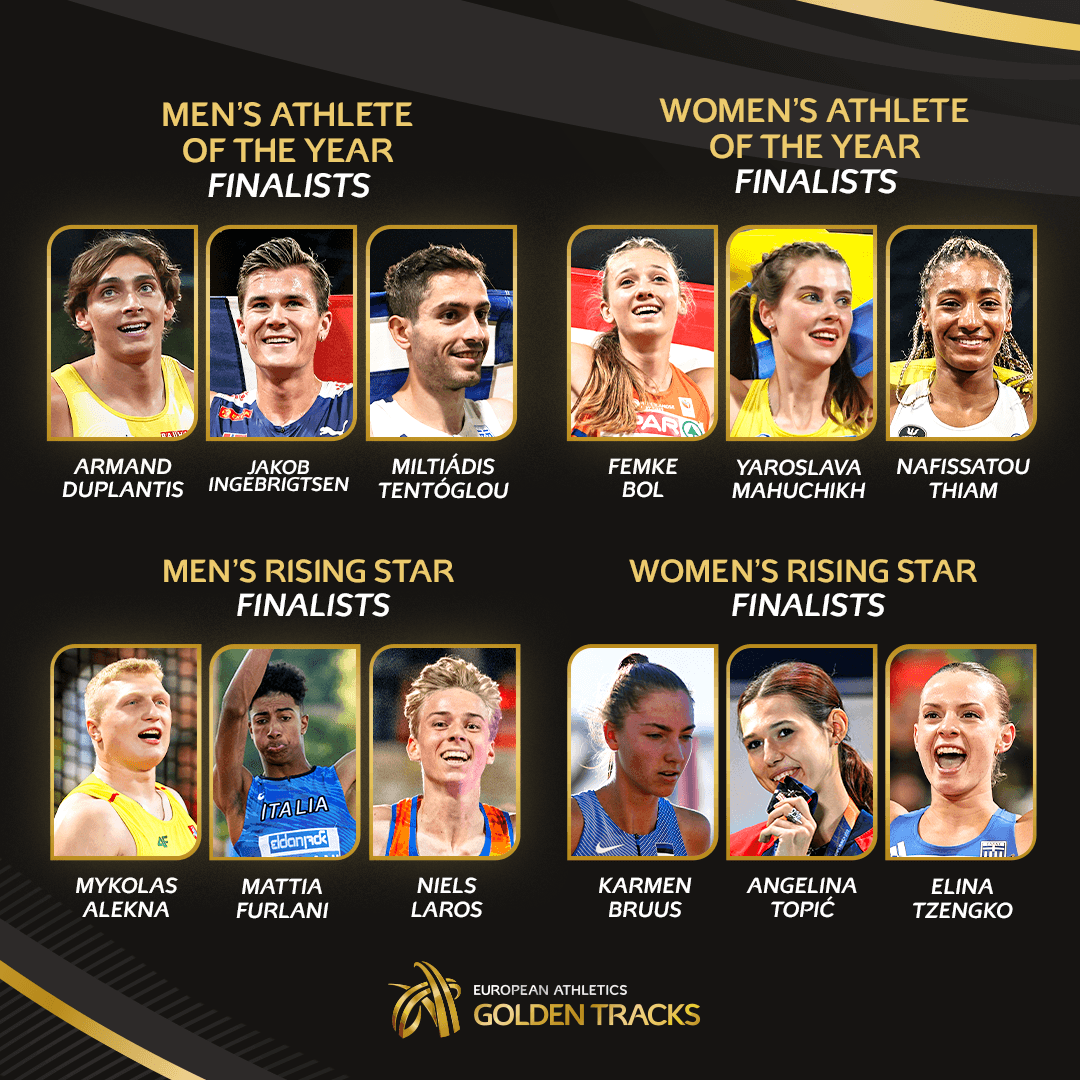 The Golden Tracks countdown is on. Who will be the winners in Tallinn?

It's Golden Tracks week! This year’s European Athletes of the Year and Rising Stars will be announced and presented with their trophies at the annual Golden Tracks award ceremony which takes place in Tallinn, Estonia on Saturday (22) evening.

The European Athlete of the Year award was inaugurated in 1993 and the Rising Star award was introduced in 2007. Ahead of next Saturday, we take a closer look at the outstanding contenders in each of the four categories.

The three finalists have amassed an incredible 12 major medals as a collective in 2022.

Interestingly, all three finalists are previous recipients of the Rising Star award. Thiam won the award in 2016, followed by Mahuchikh in 2019 and Bol in 2021.

All three finalists won gold or silver medals at all three major championships in 2022 but Armand Duplantis was the only athlete to come away with gold medals in all three championships.

Duplantis also revised the record books with world record clearances at 6.19m, 6.20m and 6.21m in the pole vault. Norway’s Jakob Ingebrigtsen also achieved the first world record of his career with a world indoor 1500m record of 3:30.60 in Lievin before adding another five major medals to his resume, including 1500m and 5000m gold at the European Athletics Championships.

Elina Tzengko and Angelina Topic both achieved notable landmarks at the European Athletics Championships in Munich.

At 19, Tzengko became the youngest ever winner of the javelin title while 17-year-old Topic was the youngest medal winner of the championships, winning bronze in the high jump in a competition won by European Athlete of the Year contender Yaroslava Mahuchikh from Ukraine.

Topic and Karmen Bruus, the latter a brilliant seventh at the World Athletics Championships at the age of 17, also claimed a share of the world U18 best in the event by clearing 1.96m.

Like Tzengko, Alekna also became the youngest winner of the discus title at the European Athletics Championships.

The 19-year-old Lithuanian was also rewarded with a championship record of 69.78m in Munich to beat arguably the strongest field of the championships including world champion Kristjan Ceh and the three medallists from the Tokyo 2020 Olympic Games.

The two other finalists are yet to leave their mark on the senior stage yet but look poised to do so after winning double gold at the European Athletics U18 Championships in Jerusalem.

The first of the annual European Athletics Member Federation Awards will also be presented at the Golden Tracks award ceremony in Tallinn.

This honour is typically given to federation leaders, event organisers and coaches as well as other candidates who have been an active and important force in their federation. This award will be handed out to 26 recipients this year.

The annual European Athletics Coaching Awards celebrates and recognises the important contributions made by coaches.

A total of 72 awards will be handed out to coaches representing 33 Member Federations this year, including the coach of each gold medallist at the Munich 2022 European Athletics Championships.

The first winners will be presented with their trophies on stage in Tallinn on Saturday. 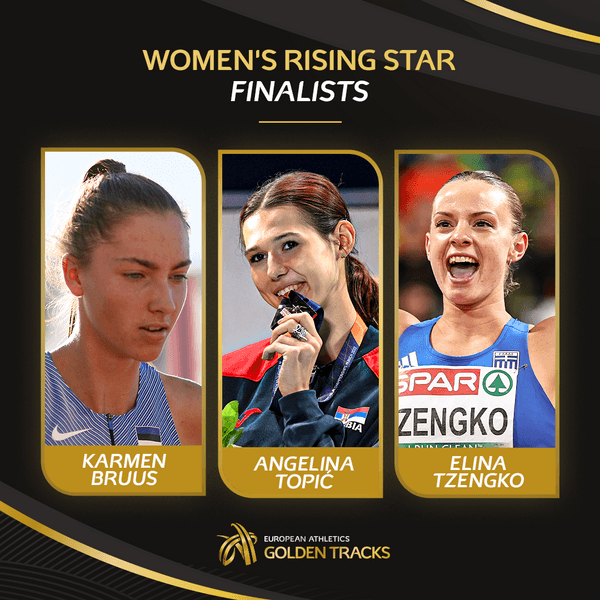 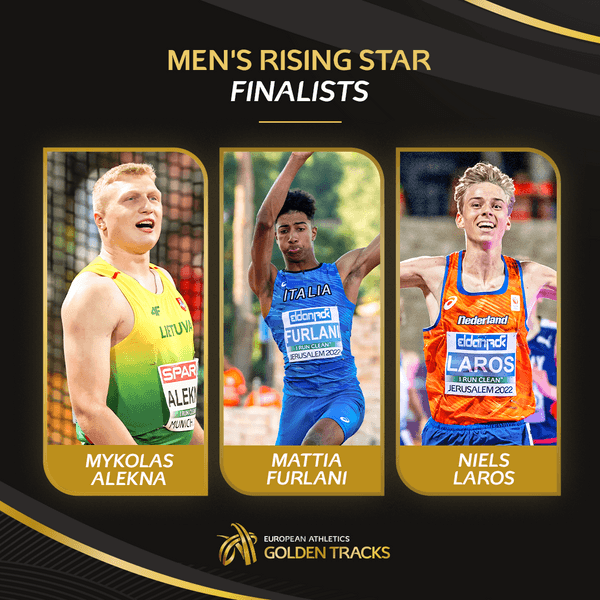 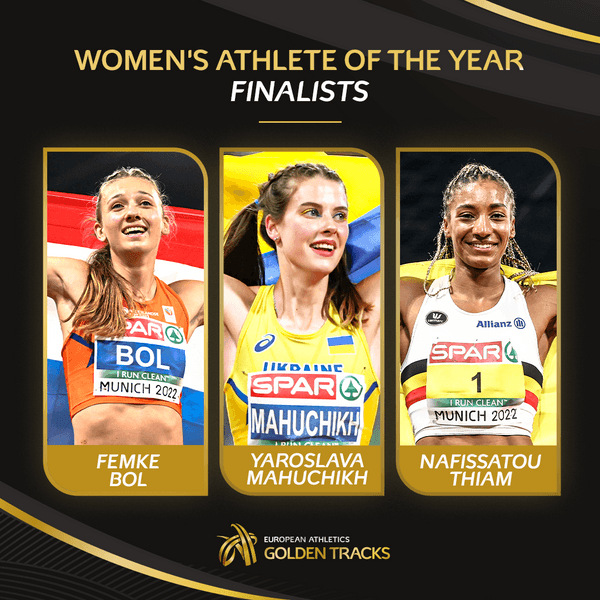 Women's European Athlete of the Year finalists for 2022 announced 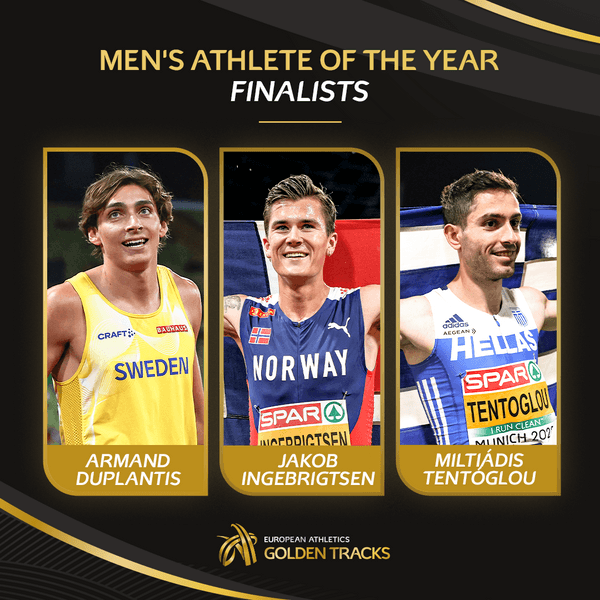 Men's European Athlete of the Year finalists for 2022 announced