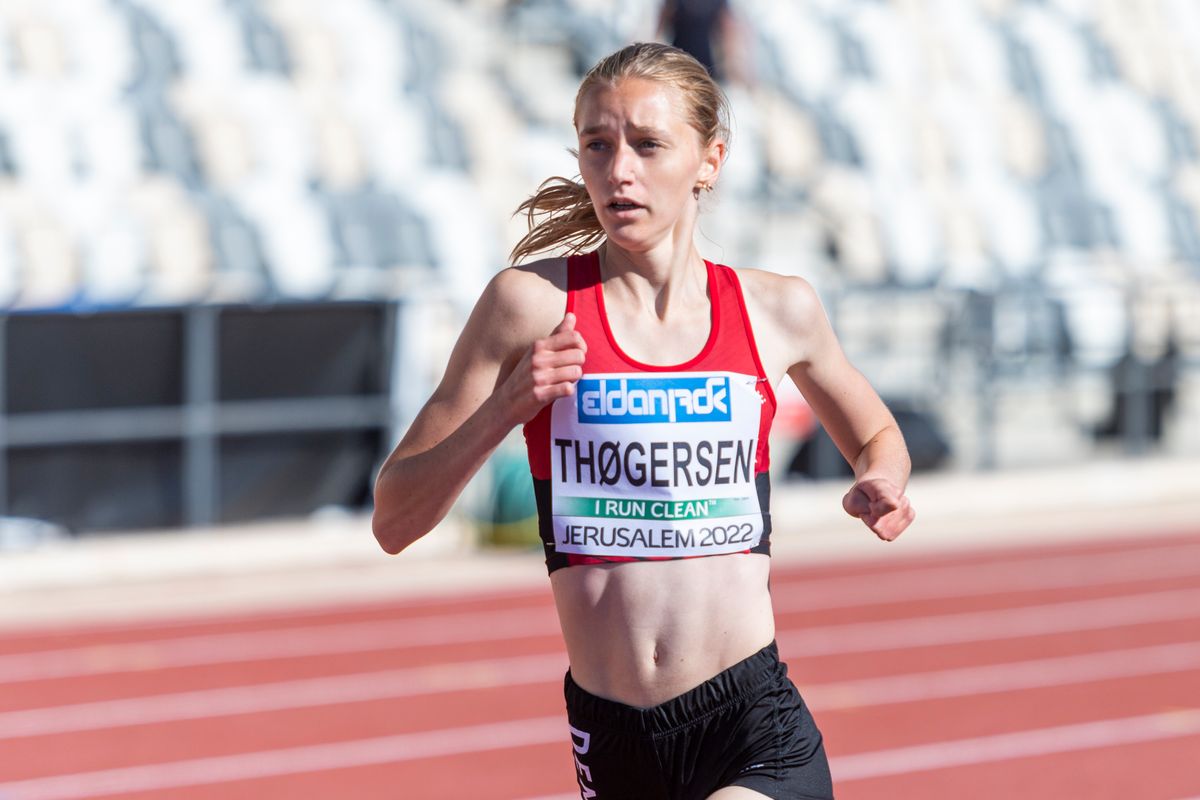 Denmark’s Sofia Thøgersen hadn’t contested a race over the barriers this season prior to Jerusalem but the 16-year-old sauntered into the 2000m steeplechase final on the first morning session of the Jerusalem 2022 European Athletics U18 Championships on Monday (4).

The silver medallist in the 3000m flat at the Tallinn 2021 European Athletics U20 Championships last summer when she was the youngest athlete in the race, Thøgersen eased to victory in the first heat in 6:45.31 ahead of European U18 leader Jolanda Kallabis from Germany in 6:48.67.

But even though Thøgersen qualified fastest and can already boast a European medal on her résumé, the Dane is by no means resting on her laurels.

“I do not feel extra confidence having won a medal in Tallinn last year. In fact, I feel a little pressure,” said Thøgersen who has been dealing with a back injury this year. “I am really looking forward to the finals, and I hope I have saved enough energy for it.”

From the second heat, Kallabis’ German compatriot Adia Budde chose to run from the front and she led the automatic qualifiers in 6:48.71 by a comfortable margin from Spain’s Xela Martinez in 6:54.36.

Other track highlights included Spain’s David Garcia qualifying fastest for the men’s 400m final with 47.66. And there will be home representation in the men’s 800m final with Israel’s Noam Mamu qualifying automatically from the second heat in 1:53.48 behind France’s Cyann Galtier-Villa in 1:52.91.

Topic and Savva in command on the in-field

Fresh from equalling the world U18 best in the high jump with 1.96m, Angelina Topic found a height almost 20 centimetres lower than her recently-set record to qualify for the final.

The Serbian didn’t record a single failure in qualifying, nor did fellow medal contenders Germany’s Johanna Goring and Merel Maes from Belgium. Estonia’s Karmen Bruus also progressed but the 1.91m performer needed a full complement of attempts at her opening height of 1.71m.

Topic begins as the outstanding favourite after clearing 1.96m last weekend but the 16-year-old is aware she will face strong opposition for the title.

“Let's see how I feel on Wednesday,” said Topic. “Also, the other competitors are in great shape, so we will see. The environment here is great. Lots of people have come out to watch and cheer - I really love it!”

In the hammer, pre-event favourite Valentina Savva from Cyprus sailed through to the final with her first throw which was measured at 68.48m - comfortably in excess of the automatic qualifying mark of 65.00m.

“It was always my plan to come here and get a big Q straight away. I wanted to do one throw and be in the final. It was an easy round, and my goal is to take the win home,” she said.

“I have always been this determined, I know what I want, and that is to win.”

The highest jump of the morning session didn’t come in the women’s high jump qualifying but in the heptathlon.

Jana Koscak was already leading proceedings after a 13.64 100m hurdles but the Croatian is nearly 300 points in the lead after a dream showing in the high jump. 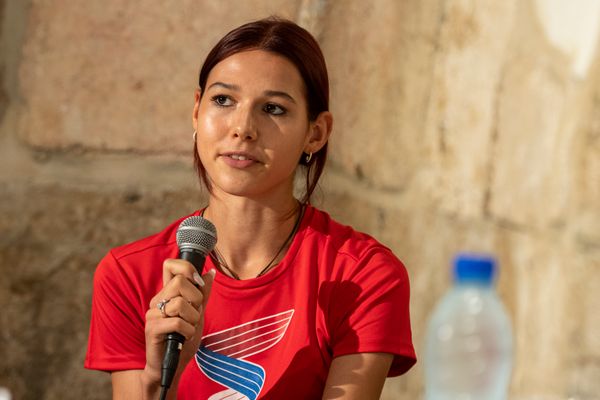 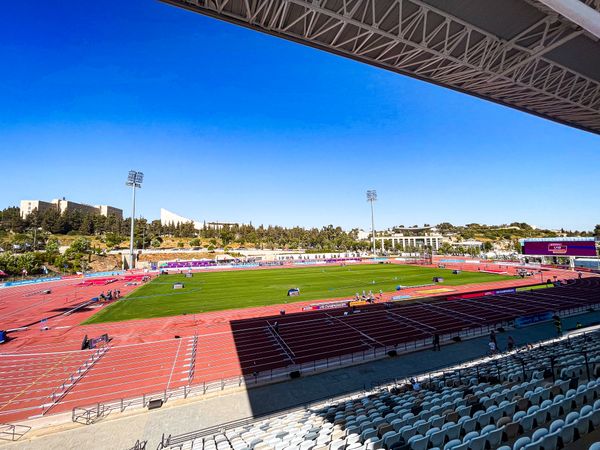