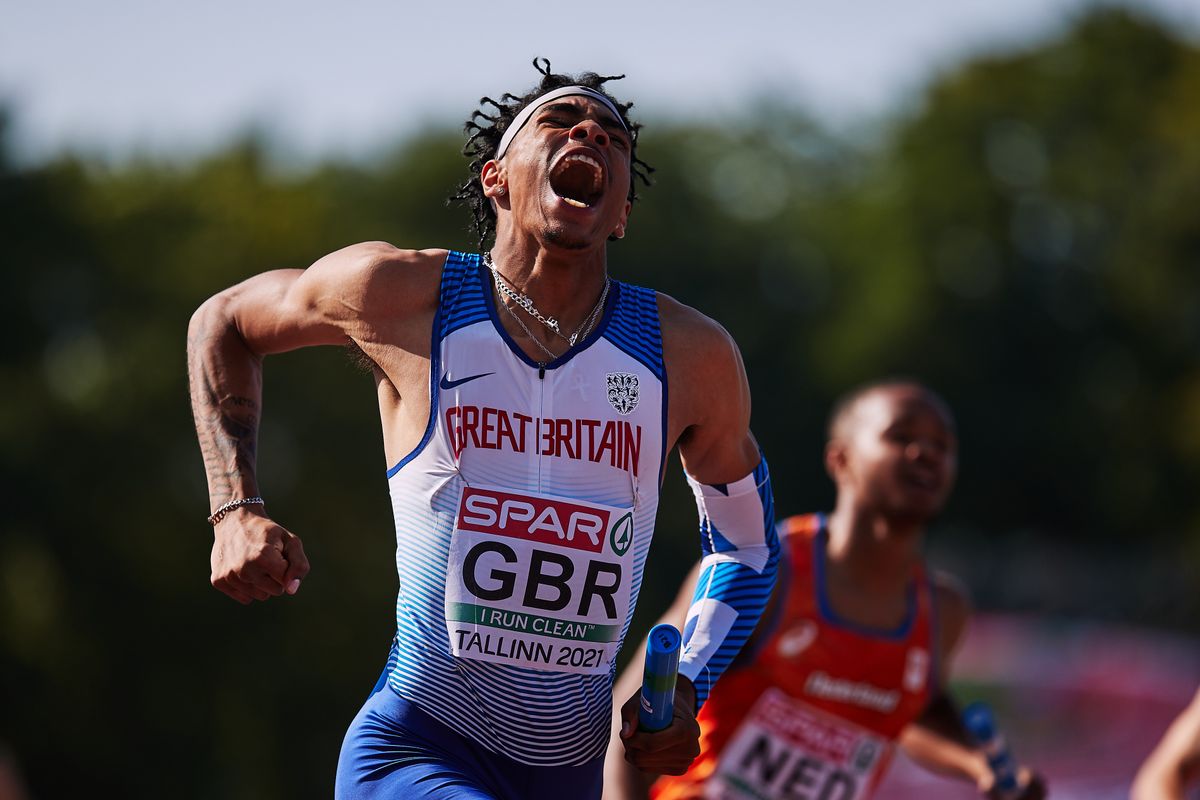 Great Britain topped the medal table at the Tallinn 2021 European Athletics U20 Championships for the second successive edition with six gold medals - and twelve medals in total - ahead of Germany and Ireland with four gold medals apiece.

After winning individual 100m, 200m and 400m titles, the Brits were the overwhelming favourites in both relays barring dropped batons, injuries or any other unforeseen circumstances.

Thankfully both quartets came through their finals unscatched as Ethan Wiltshire anchored the Brits to the 4x100m title in 39.74 before individual 400m winner Ed Faulds closed the track programme with a scorching 44.97 anchor leg for victory in the 4x400m in 3:05.25.

Their winning time was less than one second off the championship record of 3:04.58 set by an East German quartet dating all the way back to 1981 in terms of antiquity.

One day after winning a bronze medal in the 200m, 16-year-old Success Eduan anchored the Brits in the women's 4x100m to provide the first part of a British double in 44.62 ahead of Germany in 44.68.

Another of the final day highlights was the crowning of Belgium’s Jente Hauttekeete in the decathlon. Hauttekeete led by more than 300 points overnight and while his advantage was chipped away by his Norwegian rival Sander Skotheim over the course of the second day, the Belgian still won by a comfortable winning margin of more than 150 points with 8012 points.

Despite only setting two individual lifetime bests, Hauttekeete’s score of 8150 points corresponded to a national U20 record and he moves up to fourth on the world U20 all-time list behind Germany’s Niklas Kaul (8435 points), Norway’s Markus Rooth (8238 points) and Australia’s world U20 champion Ashley Moloney (8190 points).

After the first ten finishers in the heptathlon all set lifetime bests, the decathlon was also of a very high standard. Despite the extremely long sessions and the hot conditions which saw some of the combined eventers take a dip in the steeplechase water jump post-competition, five of the top six decathletes came away from the Kadriorg Stadium with lifetime best totals.

One of the most dominant performances of the championships was Mykolas Alekna’s masterclass in the discus. All six of his valid throws would have won the title and the 18-year-old ended up winning the title by more than six metres after extending his lead to 68.00m in the last round, only missing the championship record by two centimetres in spite of the slippery throwing circle.

“At home, I train under rainy conditions, so this was not a problem for me. I'm very happy. Living and training in Vilnius [which is so close] was an advantage, it did help me, because it felt like competing at home. My parents came out here to support me, so that's good too. I'm excited that all my family are also professional athletes, it's good for me. Their advice is to always be competitive, and focus in every situation,” said Mykolas, the son of 2000 and 2004 Olympic champion Virgilijus.