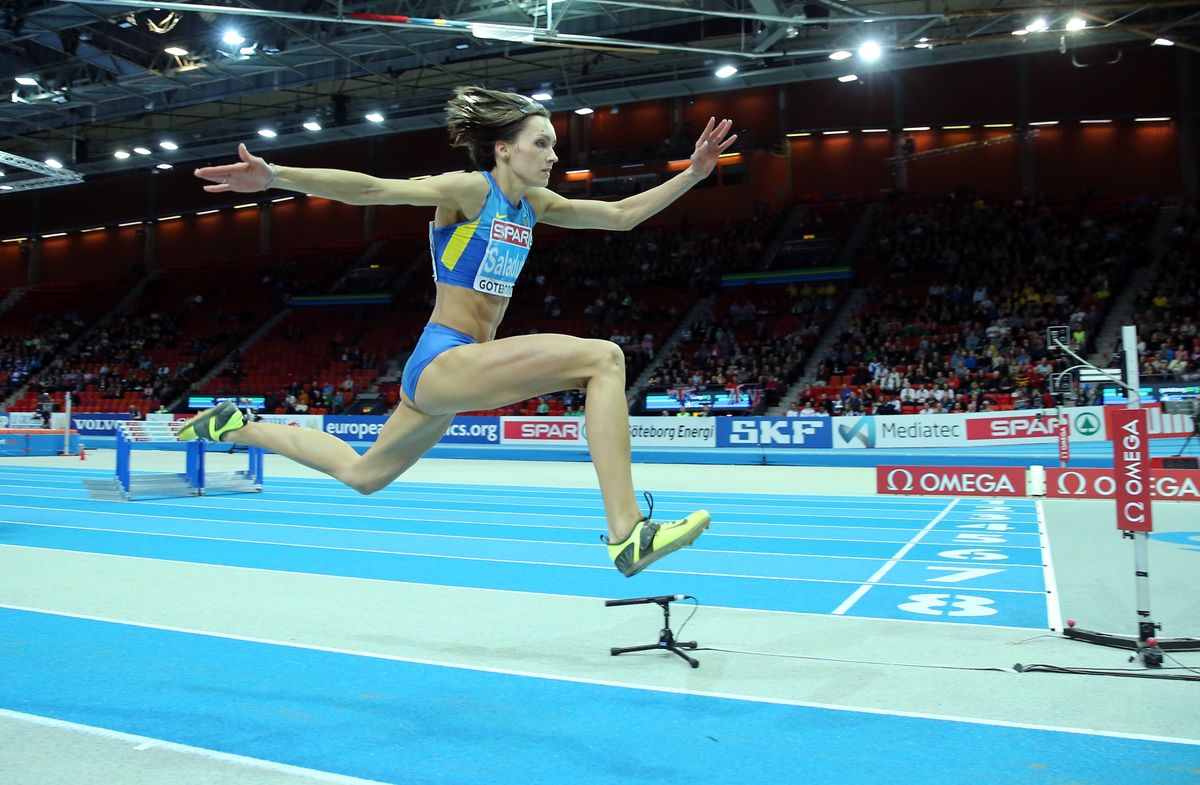 Former world and European triple jump champion Olha Saladukha has formally retired from athletics at the age of 38.

But the Ukrainian is still keeping herself involved in athletics. Saladukha said goodbye and passed the baton to the next generation at the ‘White Panther Cup’ in Kyiv on Saturday (22), a competition which she helped to organise.

Saladukha won three successive European titles in the triple jump between 2010 and 2014 and the Ukrainian achieved her lifetime best of 14.99m to secure gold for the second time in 2012 in Helsinki, five weeks before she stood on the podium at the 2012 Olympic Games in London with bronze.

But Saladukha does have a global title to accompany her trio of European gold medals. Saladukha struck gold at the 2011 World Athletics Championships in Daegu before putting up a staunch defence of her title two years later when she claimed bronze in Moscow behind Colombia’s Caterine Ibarguen who would succeed Saladukha as the event’s dominant figure. Saladukha’s career at the highest level spanned more than a decade. She recorded fifth-place finishes at the World Athletics Championships some 12 years apart in 2007 and 2019 before bowing out on the global stage at the postponed Tokyo Olympics, her fourth successive Olympic appearance.

After drawing a line on her lucrative and illustrious international career, Saladukha has since turned her focus to organising the ‘White Panther Cup,’ a jumps-only event for young athletes who were born between 2007 and 2010. Saladukha hopes it will become a permanent fixture on the Ukrainian athletics calendar.

“I wanted to pass the baton. I wanted to do it beautifully, solemnly and I want to motivate children to go in for sports, to show that it really opens doors. And so this idea was born. Before the Olympics, journalists called me a white panther. And so the name was born. I hope that this tournament will be international, that it will become a tradition,” said Saladukha.

And while Saladukha has officially hung up her spikes, there could be family representation in the years to come. One of the winners at the White Panther Cup was her daughter Diana who won the U14 high jump with 1.45m.