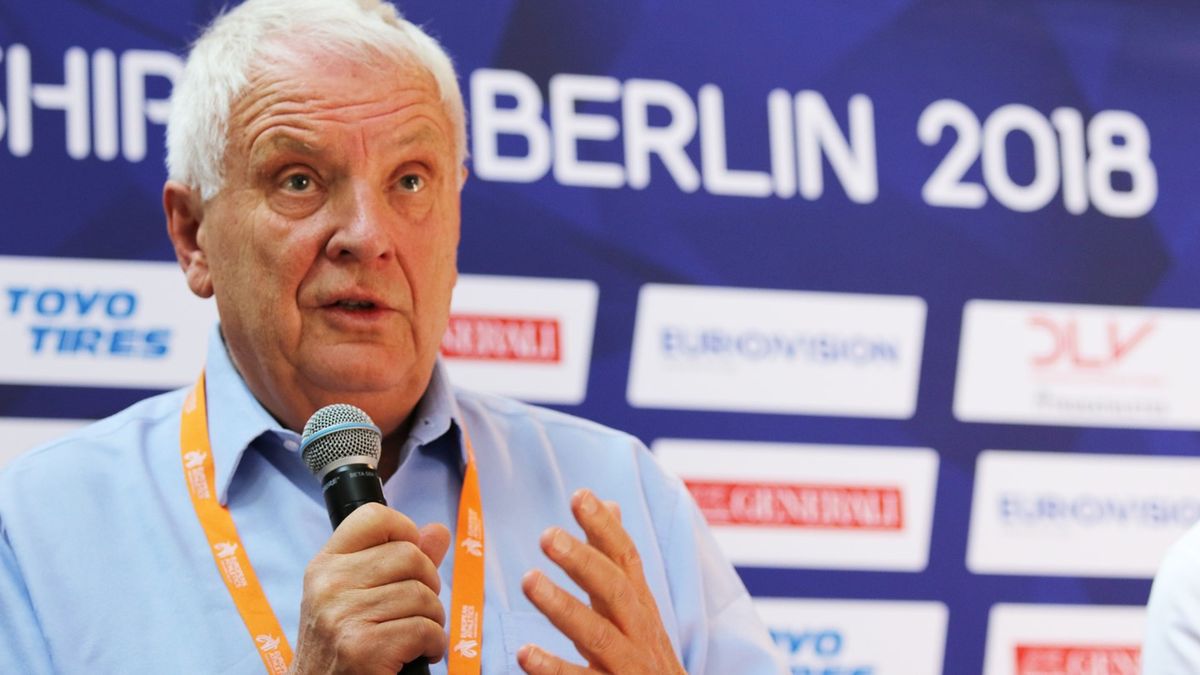 Tributes paid to Svein Arne Hansen from the world of athletics

Tributes have been paid overnight to Svein Arne Hansen by many well-known names in the world of athletics after the European Athletics President died on Saturday at the age of 74.

European Athletics Interim President Dobromir Karamarinov and European Athletics CEO Christian Milz were among the first to respond to Svein Arne’s death and their words can be read here in yesterday’s announcement.

World Athletics President Sebastian Coe, who competing several times at the famed Bislett Games of which Hansen was the meeting director for many years, also penned a fulsome tribute to his friend of more than four decades.

“We have known each other for 43 years. Sven gave me my first big international break in athletics at the Bislett Games in Oslo and provided me with the platform for two of my three world records in 41 days back in 1979. He was in the vanguard of globalising our sport and, along with Andreas Brugger in Zurich and Wilfred Meert in Brussels, was one of the three game-changers in our sport,” reflected Coe.

“He brought a professionalism to our one-day meetings that is still the template today and crucially he had the political savvy to be able to do that and navigate the sport from an amateur era into becoming an open sport and then a professional sport when there was a real risk that fault lines between East and West Europe could have split the sport apart.

“But his loss today, alongside his much-loved family, will be felt most acutely by generations of athletes whose aspirations he helped fulfil. Our deepest sympathies go to his family and the European Athletics family who today lost their hugely popular and effective President.”

World Athletics is deeply saddened to hear that @EuroAthletics President Svein Arne Hansen (@SvenPres) died on Saturday (20) at the age of 74.

Top athletes, past and present, also remembered the well-loved figure who was elected European Athletics' fifth President in 2015 and then re-elected unopposed last year. at the 2019 Congress in Prague.

Saddened to hear of the loss of a good friend Svein Arne Hansen - curator of the Bislett Games and the Dream mile. @EuroAthletics President. A big character from the old school of our sport. RIP

So sad to hear of the passing of president of @EuroAthletics Svein Arne Hansen. He was always so encouraging and supporting. I will always remember him smiling and joking around. RIP pic.twitter.com/0Bx7TzG67p

Deeply saddened to hear about the death of Svein Arne Hansen.. He was so much part of the sport whilst I was competing in athletics RIP

R.I.P. @SvenPres The world of track and field will miss you and your passion, enthusiasm and dedication for the sport. pic.twitter.com/FmqNcng3w1

Really saddened by this news. Svein was a great character & so passionate about our sport. He will be sadly missed by all who knew him & is a huge loss to our sport. My thoughts are with his family and friends. RIP https://t.co/8xYTdYbBfC

Sad to hear of the passing of Svein Arne Hansen. I competed many times in Oslo. He was always a pleasure to work with. RIP.

Saddened to receive the news about @SvenPres . He will be missed, deeply. I am blessed to have made such a great friend in this sport and will cherish every moment we shared. My condolence to his family. Thank you for your leadership, support, and positivity. #godblessyou

Tributes have also come in from many of the European Athletics 51 Member Federations.

Further tributes can be read here and European Athletics would like to thank everyone who has remembered Svein Arne Hansen and had his family in their thoughts.

The next Congress, the 27th edition, is currently scheduled to take place in Lausanne, Switzerland on 15-17 October 2021.