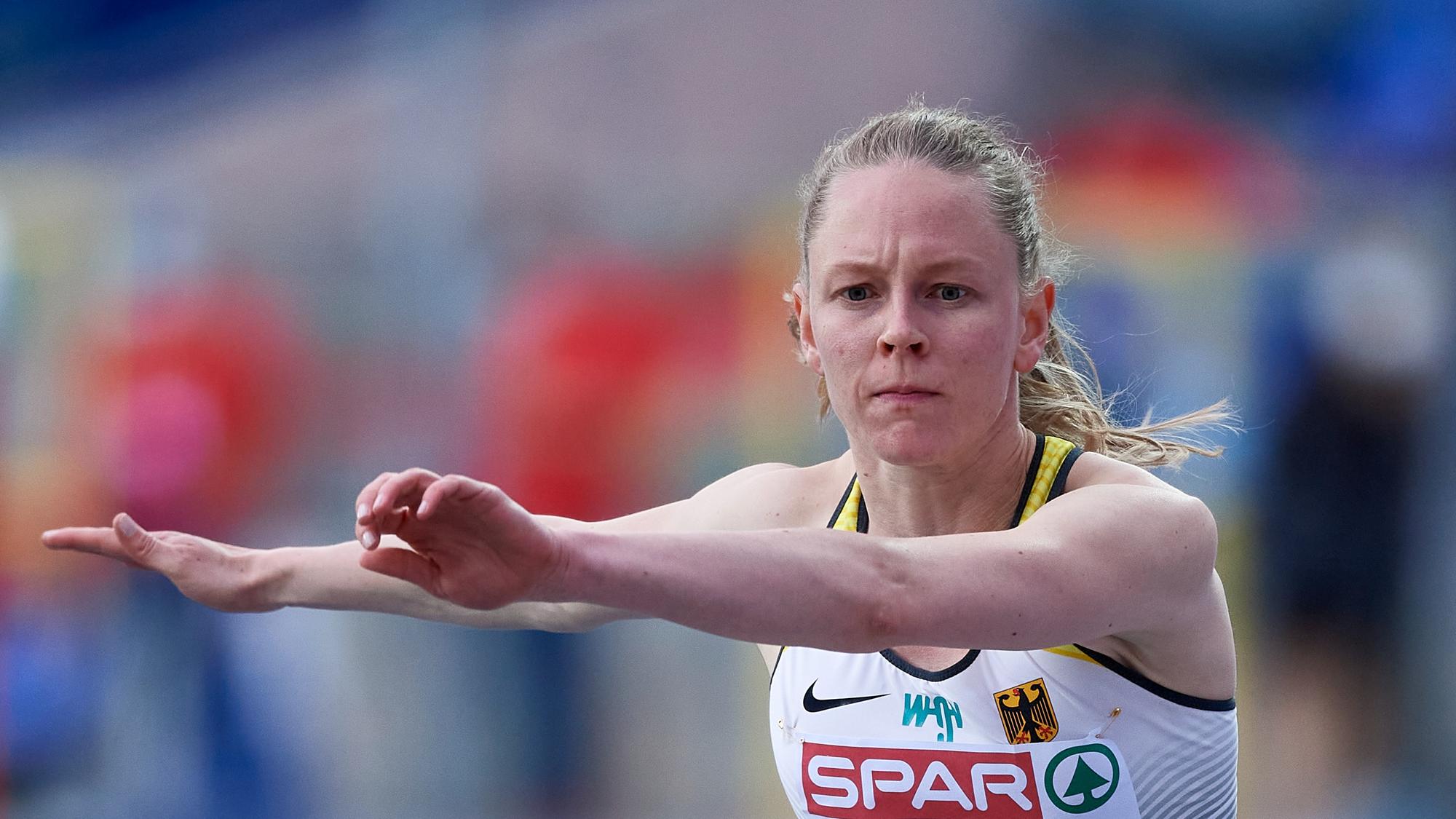 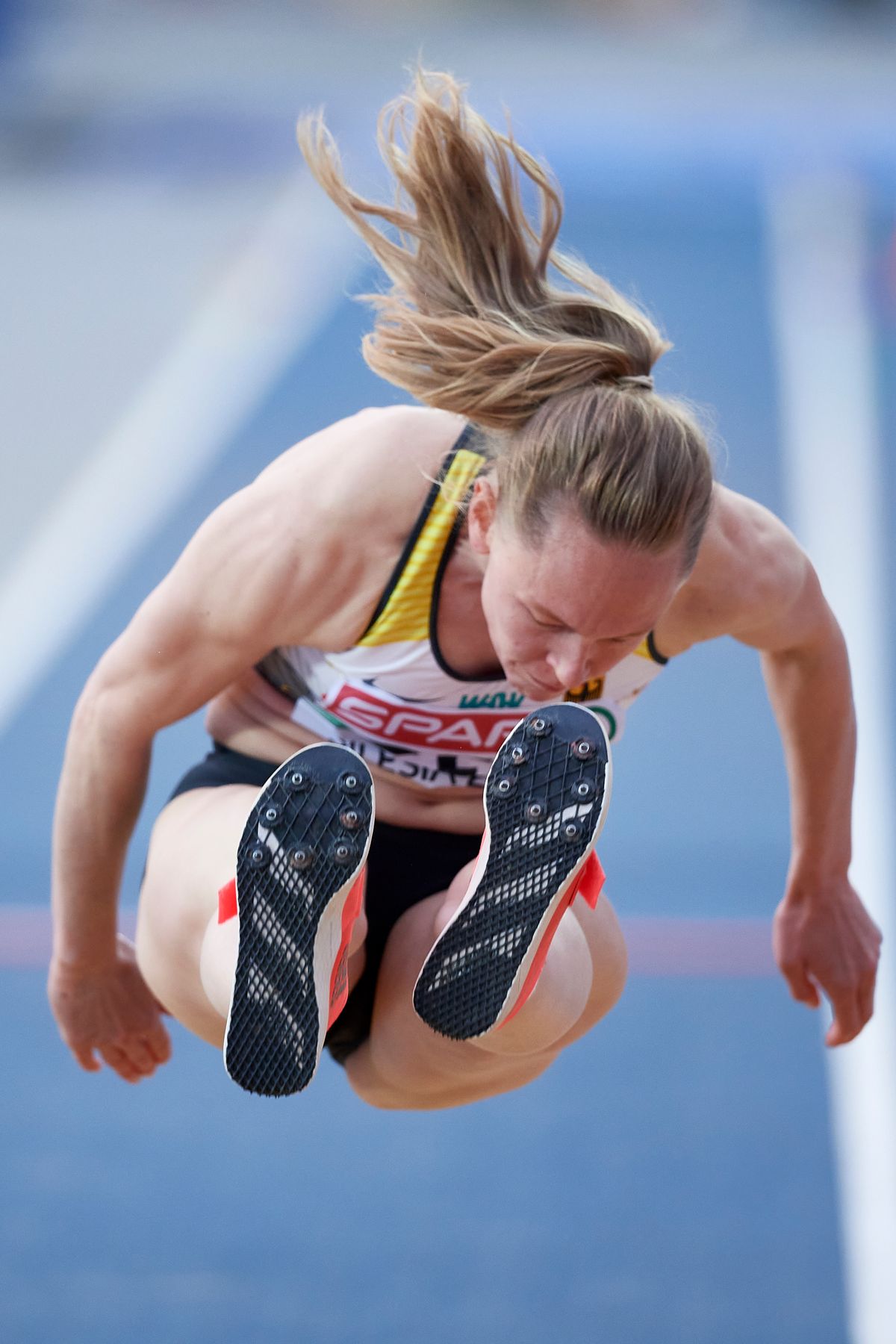 Pride of place at the Madrid 2022 World Athletics Continental Tour Silver meeting went to German triple jumper Neele Eckhardt-Noack who bounded out to a European leading mark of 14.48m (+1.7 m/s) on Saturday night (18).

Eckhardt-Noack's big jump – a 13cm improvement on her outdoor best although she jumped 14.52m in Torun last year to take the 2021 European indoor bronze medal – came in the fourth round after she had been allowed to retake her jump after technical issues.

Up to that point, France’s former world U20 champion Rouguy Diallo led the way with her opening 14.32m (0.8) but could not improve during the rest of the competition.

Behind the leading pair in the high quality competition, Italy’s Ottavia Cestonaro was fourth in a personal best of 14.22m (1.7) while Portugal’s 2016 European champion and Tokyo Olympic Games silver medallist Patricia Mamona was fifth with 14.21m (0.5).

No less than four national records also fell in the Spanish capital with two of them coming in the women’s hammer.

Sara Fantini, who also won In Madrid last year, got her third and fourth Italian records in just three weeks when she unleashed her implement to  75.76m with her first attempt – almost a metre further than her most recent record of 74.86m 10 days ago in Trnava, Slovakia – and then improved by one centimetre to 75.77m with her last effort.

It was not the only national standard to fall in the women’s hammer as local favourite Laura Redondo threw 71.96m in the first round, to improve her recent record by 33cm and then added to it with a heave of 72.00m in the third round.

Denmark’s Ida Katherine Karstoft won the 200m in 22.67 (-0.5) for her fourth national record in the long sprint in as many competitions this summer.

Behind the flying Dane, Paula Sevilla became the second Spaniard to break 23 seconds when she clocked 22.86.

Another Danish record to fall in Madrid came courtesy of Mette Graversgaard in the 100m hurdles. Having recently become the first Dane to run under 13 seconds earlier this month she improved to 12.89 despite running into a -1.2 m/s headwind. Ireland’s Sarah Lavin finished second in a personal best of 12.93.

Sara Gallego was just outside her Spanish 400m hurdles record of 54.87 set just a week ago when she won her specialist event in 55.02.

In the men’s events, European wins came from Dutch pole vaulter Rutger Koppelaar who was the only man to go clear at 5.70m while Spain’s former national record holder Manu Quijera won the javelin with 80.29m.

The Kuortane Games in Finland, also a World Athletics Continental Tour Silver meeting, saw Sweden’s reigning Olympic and world champion Daniel Stahl rattle off his third discus win in six days when he threw his implement out to 66.26m, despite the wet conditions, for a convincing win over his friend and training partner Simon Petterson who was second with 62.92m.

Germany’s 21-year-old Sara Benfarès, who will still be eligible for next year’s European Athletics U23 Championships which is also be staged in Finland, went under nine minutes for the 3000m for the first time when she won that event in 8:58.48.

Behind her, Finland’s Camilla Richardsson finished second in 9:00.04 while her compatriot and 2021 European U20 5000m champion Illona Mononen, a potential rival of Benfarès in Espoo next summer, was third in 9:02.00; both Finnish runners setting personal bests.

However, there was a local wins in the two pole vault competitions, which were both held indoors due to the inclement weather, as Tokyo Olympic Games fifth-placer Wilma Murto cleared 4.60m before having three unsuccessful attempts at 4.73m, which would have improved her Finnish record by a centimetre.

In the men’s event, Mikko Paavola was the only man over 5.65m and then 5.70m, both personal bests.

Another Finnish victory came in the 400m hurdles when Viivi Lehikoinen won in 55.33, coming home more than a second clear of her nearest rival, while Poland’s Klaudia Siciarz ran a season’s best in the 100m hurdles to win impressively in 12.86.

Sweden’s 21-year-old Samuel Pihlström continued his rapid improvement this summer when he won the men’s 1500m in a personal best of 3:38.46.

Retzius vaults to the top of the European list with 4.70m in Geneva 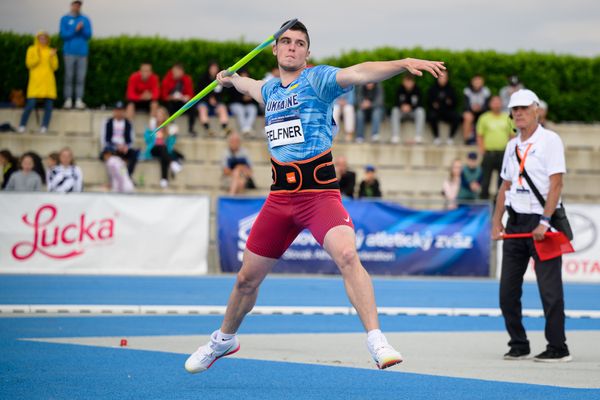 Felfner scares European U20 javelin record with 84.32m in Samorin