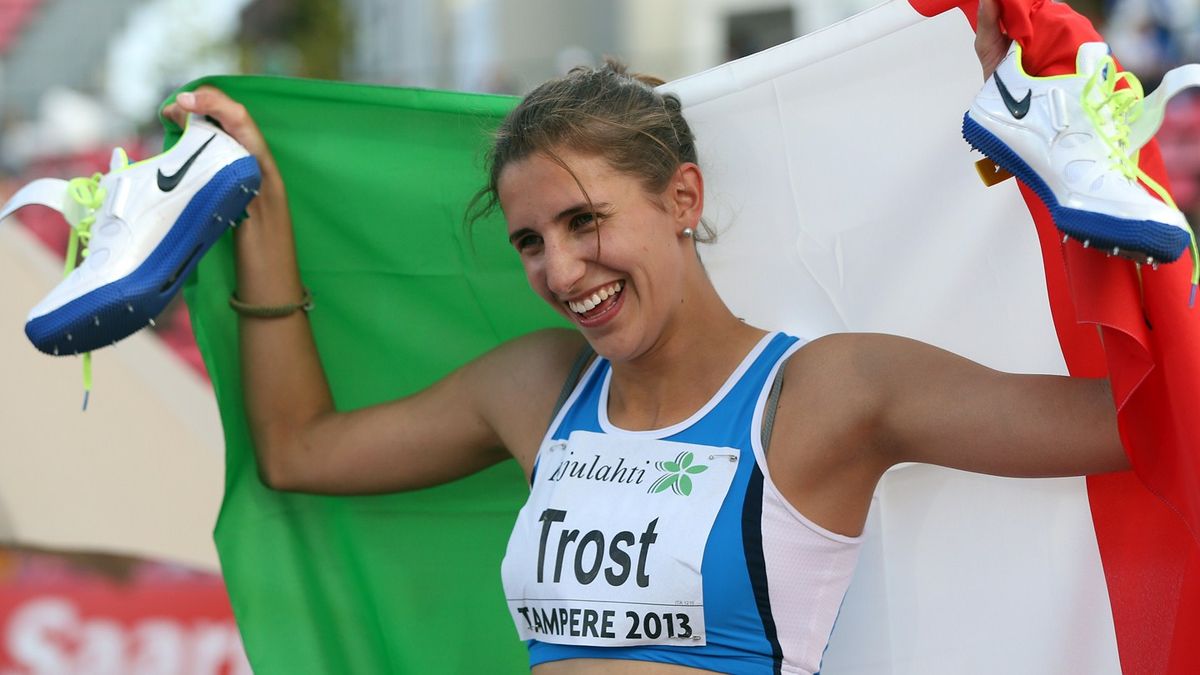 Trost has an early head for heights

It is set to be another big year for Italy’s Alessia Trost - and it has started in fine style.

In Padova on Saturday, Trost, the European Athletics Under-23 high jump champion, produced the fourth best performance of her career as part of a pentathlon event she was competing in.

It came on her third attempt and showed great signs for what lies ahead from a woman who is fast creating a superb reputation for herself.

Trost, 20, won the world junior title in Barcelona in 2012 and last summer in Tampere, she equaled the event record at the European Under-23 Championships with her victory with a clearance of 1.98m.

The indoor season is not part of her plans, with thoughts even now focused on the European Athletics Championships in Zurich 12-17 August.

Her all-round ability shone through on Saturday in the Regional Combined Events in the new Indoor facility in Padova where she scored 4035 points, just outside Italy’s Under-23 record of 4222 which Ifeoma Ozoeze set in 1992.

The impressive high jump was one of her stand out moments, “At 1.84m, I remained alone in the competition and I decided to go on at 1.96m. I had a good feeling and the runway was excellent.

“It’s a good starting point for my season. Combined events are an attempt to try something different and it could be helpful to jump higher,” Tost said.

In Spain, Ruth Beitia, who briefly retired after the Olympic Games in London but came back to win high jump gold at the European Athletics Indoor Championships in Göteborg in March, opened her season in Santander on Saturday when she cleared 1.90m at Cantabra Athletics Federation meeting.

The Spanish star’s indoor success 10 months ago added to her gold at the European Athletics Championships in Helsinki in 2012, a title she will be aiming to defend in Zurich in August.

There was good news over the weekend for Poland’s Anna Rogowska, the 2009 world champion, who is returning to training after a month of rehabilitation following an accident.

Rogowska is from Sopot, the town which will stage the IAAF World Indoor Championships in March, and that is motivation alone for her to be there.

She said: 'During those few weeks I could not move. It was hard but now I have the go-ahead to start practicing.'

Staying with the pole vault, Aubiere was the setting on Saturday for the third meeting of the French Perche Elite Tour and there was a fine win for Olympic and European champion Renaud Lavillenie.

He cleared 5.84m in his first attempt and the Frenchman will be looking for another year of success, particularly after missing out on gold at the IAAF World Championships in Moscow.