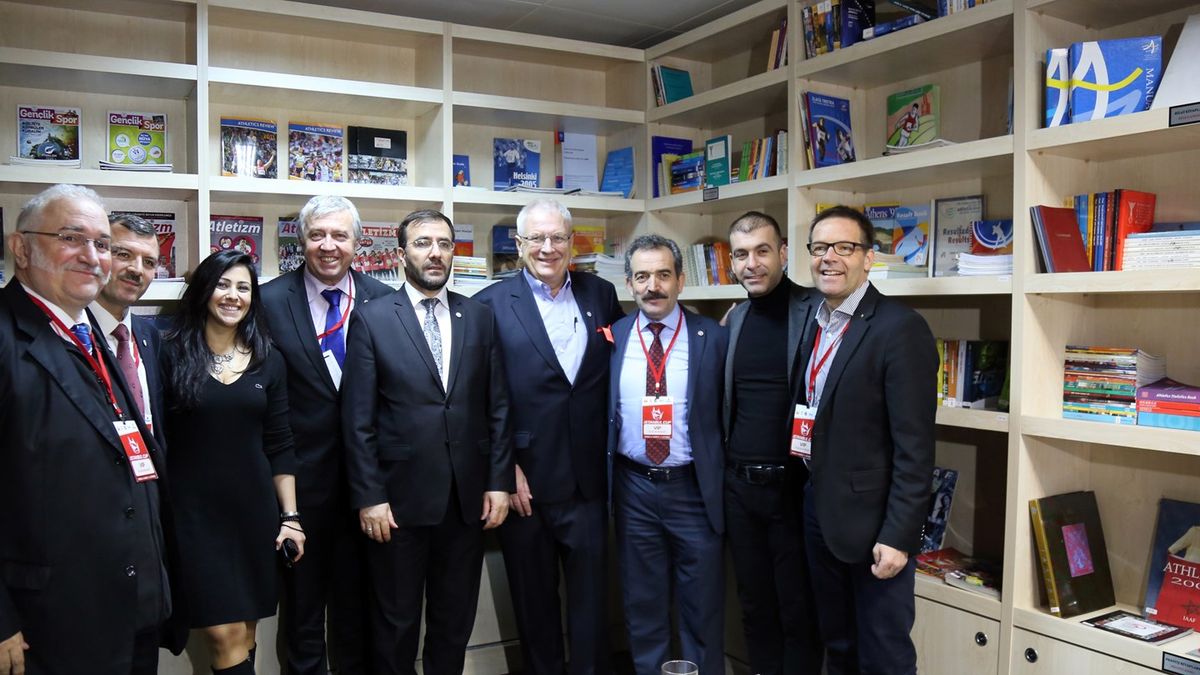 Also present at the inauguration and ceremonial ribbon cutting at the library, which is situated in the Turkish Athletics Federation building, was European Athletics CEO Christian Milz.

'I would like to thank very much those who have contributed this wonderful library to the sport of athletics,” said President Hansen.

TAF President Ã‡intimar added: “It is pleasure for us to have our special guest President Hansen coming here for the Istanbul Indoor Cup meeting as well as to launch TAF Library. Our aim is for this [library] to become one of the greatest sports information centres in Turkey.”

Library experts are also working on digitalising the collection to make it available online.

Later in the day, President Hansen opened the Istanbul Indoor Cup – a European Athletics Indoor Permit Meeting – and also presented prizes to the winners and participants in the Cheetos Turkey's Fastest Contest finals, a nationwide competition for young sprinters born between 2003 and 2007.