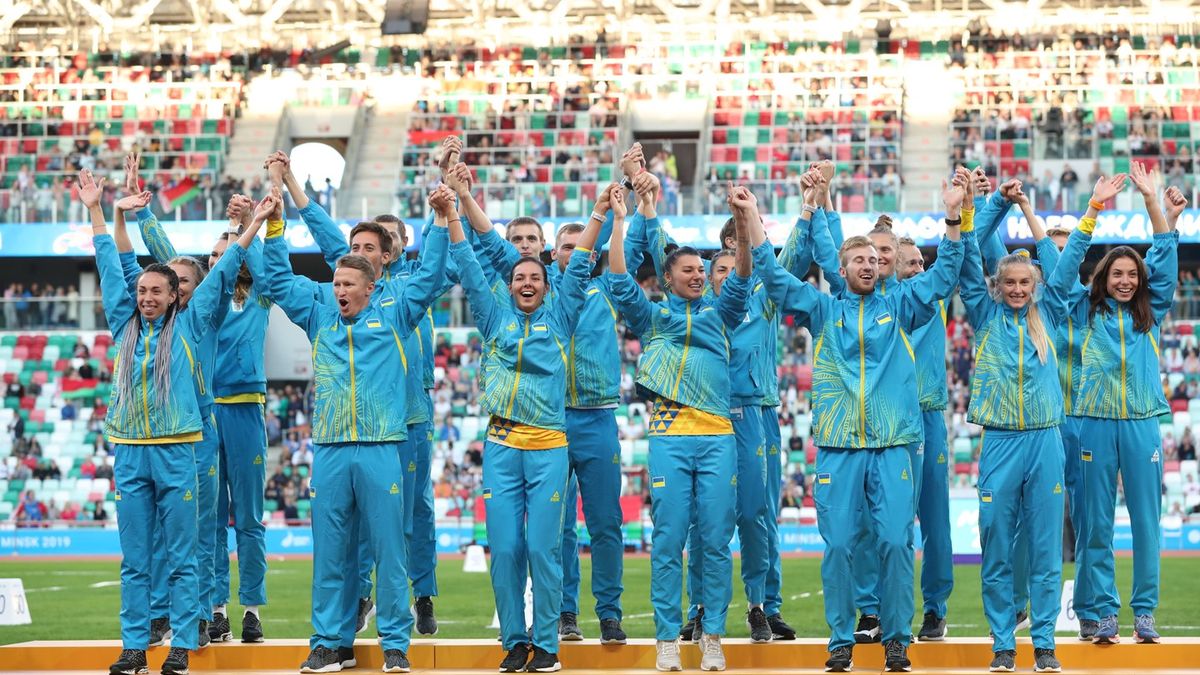 The Belarusian team came within 0.67 of winning the inaugural Dynamic New Athletics (DNA) title at the European Games in Minsk but the hosts had to give way to Ukraine as the final came down to the wire on Friday (28) evening.

The Belarusians and Ukrainians were tied on 74 points after European silver medallist Maksim Nedasekau levelled up the score with a nerveless victory over Ukrainian veteran Andriy Protsenko in the high jump which set the scene for a tantalising climax in The Hunt - a mixed medley relay over five laps of the track.

The two contesting teams were evenly matched after a cagey first leg over 800m but Ukraine’s European indoor and outdoor 800m bronze medallist Olha Lyakhova utilised her superior pace in the 600m, forging out a nascent gap on Belarus’ 1500m specialist Darya Barysevich.

The Ukrainians were in the ascendency at this point and Oleksiy Pozdnaykov built on Lyakhova’s momentum by extending their lead in the 400m with Aleksandr Vasilevskiy in pursuit.

Barring a dropped baton or injury, the final leg over 200m was a procession for Ukraine’s anchor runner Yana Kachur and she duly brought the baton home ahead of Belarus’ 100m winner Krystina Tsimanouskaya - winning in 4:27.14 to the hosts’ 4:27.81 - before they were mobbed by their jubilant teammates who were nervously watching proceedings from the sidelines.

'We cheered, we yelled for our athletes. The fight was even, the points were the same so it was a just victory. Ukraine proved that it had the strongest team. The atmosphere was great – everybody was cheering,” said javelin thrower Hanna Hatsko-Fedusova, summing up the spirit of Dynamic New Athletics.

'We were in a state of light stress while we were watching this relay. We could have fainted from being so worried.'

The Belarusians amassed five individual victories across the eight events leading up to The Hunt, each amassing a full complement of twelve points. By contrast, the Ukrainians only won two of the eight events but were much more consistent across the programme with seven top three finishers.

One crucial event in the overall match outcome was the women’s long jump. Home favourite Nastassia Mironchyk-Ivanova set the standard with 6.59m but her Ukrainian rival Maryna Bekh-Romanchuk - who won silver at the European Championships in Berlin with her sixth round jump - thrived under the pressure once again, surpassing Mironchyk-Ivanova’s standard bearer with 6.79m.

'It was a crazy energy in the stadium today. I was bursting with happiness that we can fill a big stadium like this one with sport spectators in our country. It's great,' said Mironchyk-Ivanova, reflecting on the final.

The decibel levels also rose in the women’s javelin as Tatsiana Khaladovich set a Belarusian all-comers’ record of 67.22m to move to third on the 2019 world list behind China’s Lu Huihui (67.72m) and Czech Republic’s Nikola Ogrodnikova (67.40m).

The Czechs were also involved in the chase for the bronze medal along with Germany who were both tied on 52 points after eight events. The Czechs impressed in the first round with victory over Belarus in The Hunt to qualify by right but the German quartet anchored by Pernilla Kramer beat the Czechs to the line to win overall bronze - 4:34.77 to 4:34.96.