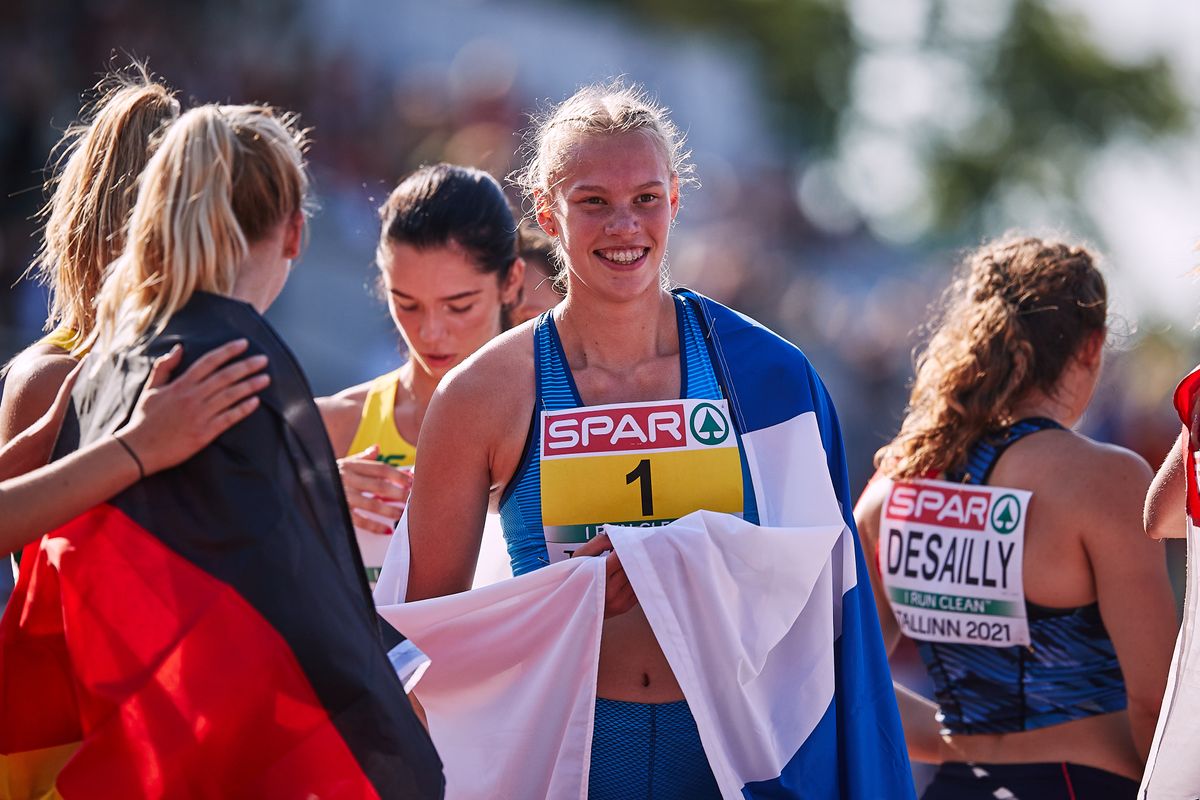 Finland’s Saga Vanninen added the world U20 heptathlon title to her European U20 title on the second day of the World Athletics U20 Championships in Nairobi, Kenya on Thursday (19).

Vanninen led from the very first event - a 13.60 clocking in the 100m hurdles - and the 18-year-old never looked in danger of ceding her lead. She was the best performer in four of the seven events and won her second major gold medal in just over a month with a score of 5997 points.

This score might have been some way down on her impressive world U20 leading mark of 6271 points from the European U20 Championships in Tallinn but Vanninen’s tally was still the third best mark by any U20 athlete in the world this season.

Vanninen led a European clean sweep of the medals in the Kenyan capital. After missing out on the medals on home soil in Tallinn, Estonia’s Pippa Lotta Enok came away with a silver medal with 5746 points with Hungary’s Szabina Szucs taking the bronze medal with 5674 points.

In a reversal of the finishing order at the European U20 Championships in Tallinn, Serbia’s Adriana Vilagos defeated Greece’s Elina Tzengko in the women’s javelin final which was interrupted by torrential rain.

One of the youngest competitors in the final, the 17-year-old Vilagos won the competition with her first round throw of 61.46m before the conditions halted proceedings. Tzengko gamely produced her best throw of the competition in the last round but the distance of 59.60m - which would have won the gold medal at four of the last five editions of the World U20 Championships - was insufficient to shake up the medal order.

Vilagos becomes just the second athlete to win a world U20 title for Serbia after Ivana Spanovic in 2008 and she is eligible to not only defend her world U20 title next year but also to challenge for the European U20 title in Cluj-Napoca, Romania in 2023.

However, there was a change to the standings in the last round of the men’s shot put final which was also affected by the conditions with the throwers habitually wiping down the throwing circle before each throw.

Belarus’ Yauheni Bryhi led the competition with a first round lifetime best of 19.70m but this was eclipsed in the very last round by Cuba’s Juan Carley Vazquez Gomes who went three centimetres further with 19.73m.

Switzerland’s Jephte Vogel won a surprise bronze medal with 19.16m, a marked improvement on his performance at the European U20 Championships in Tallinn where he didn’t reach the final.

His teammate Melissa Gutschmidt also won a bronze medal in the women’s 100m final in 11.51 behind Jamaica’s Tina Clayton (11.09) and Namibia’s Beatrice Masilingi (11.39). 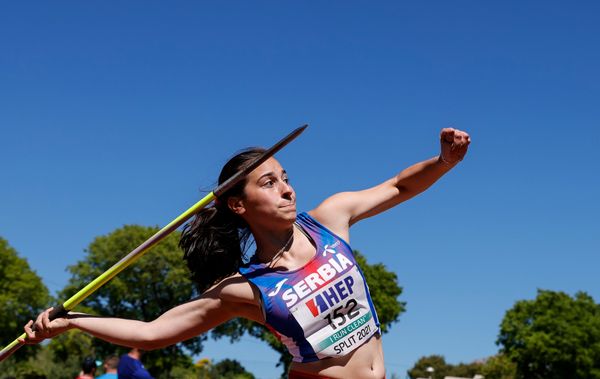