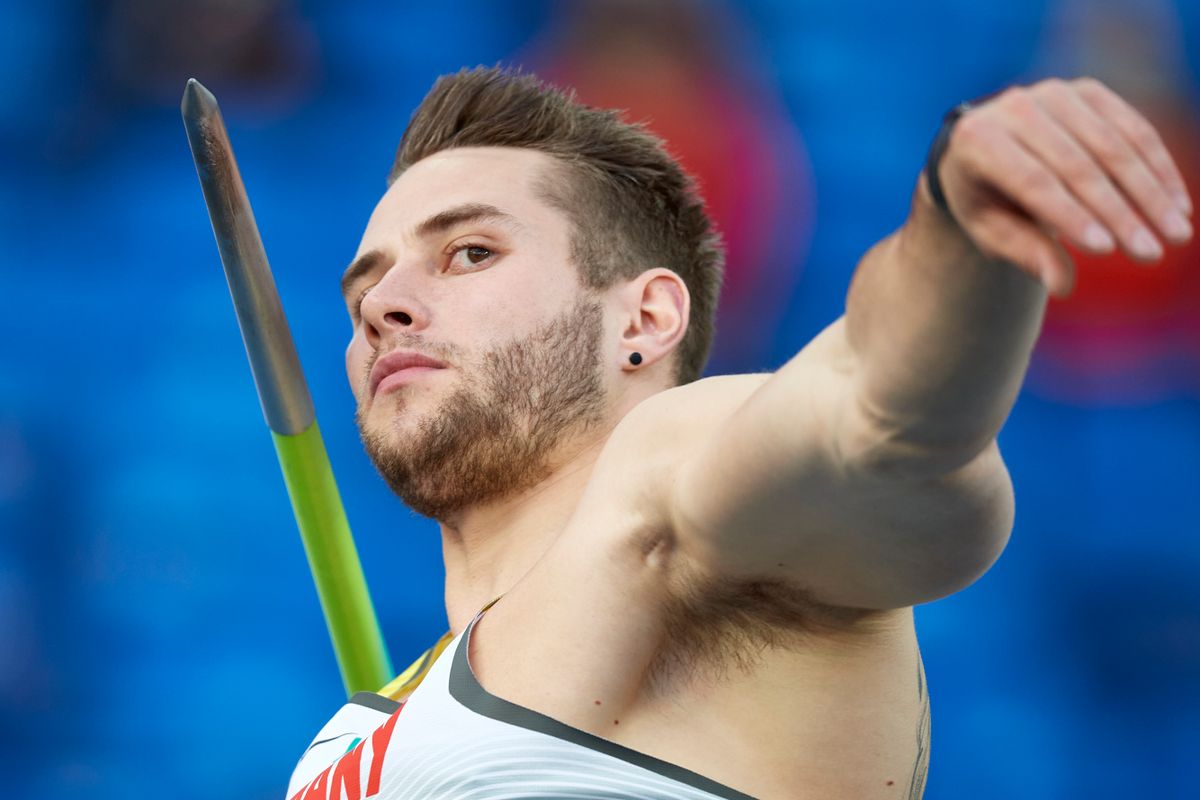 Great Britain & NI has never won the European Athletics Team Championships Super League title but they hold a narrow lead after the first day of competition in Silesia.

With 21 events completed in the Silesian Stadium, the Brits have amassed 95 points and lead by a wafer thin margin from reigning champions Poland (94.5 points) and former three-time winners Germany (93.5 points) with Italy (87) and France (83.5 points) not entirely out of contention either.

But the most scintillating performance of the afternoon - and arguably of the season so far - came from an athlete wearing a German vest as Johannes Vetter returned to the scene of his astronomical national javelin record of 97.76m last September.

A sparse crowd inside the Silesian Stadium which reopened to spectators earlier this month provided ardent support to the Polish contingent throughout the afternoon but any partisan leanings were put to one side when the red-hot Vetter took the javelin runway for the first time.

And even though Vetter competes for Germany, he does have a close affinity to the host city, which some of the spectators might have been aware of, as his grandfather was born in the city of Chorzow.

Vetter arrived in Chorzow off the back of four successive 90 metre-plus competitions and he immediately made it five with his first round offering of 94.24m - a mark which has only been surpassed by Vetter himself and the great Jan Zelezny whose world record of 98.48m celebrated its 25th birthday last month.

But Vetter was to uncork an even better throw in the second round. Roaring its flight as he dived to the ground in his trademark kamikaze fashion, Vetter improved to a phenomenal 96.29m for the third longest throw in history behind his stadium record of 97.76m and Zelezny’s world record of 98.48m.

Many were left wondering if one of those two records would get broken with his remaining two throws but the German retired citing pain in his quadriceps.

“I'm a little bit sad because I had to withdraw before the end of the competition due to the pain in my right quadriceps. I'm pretty happy about my result today and for getting seven points for Team Germany,” said Vetter.

And the standard of throwing was excellent behind Vetter as well. Poland’s Marcin Krukowski secured six points in finishing second with 85.12m and Odei Jainaga was rewarded with a Spanish record of 84.80m in the third round to finish third.

The Germans led the overall standings prior to the two 4x100m relays but disaster struck in the women’s final with Rebekka Haase and Lisa Nippgen fumbling the last exchange. The Germans duly came away empty handed from the women’s 4x100m although a mildly surprising victory for the German quartet in the men’s 4x100m in 38.73 wrested back some of the points.

As is customary in European Team Championships history, the Brits proved exceptionally strong in the women’s track events which takes them to a narrow overnight lead. A late replacement for European leader Jessie Knight, Lina Nielsen stepped in to win the 400m hurdles in 55.59 from Germany’s Carolina Krafzik in 55.71.

This was followed up with victories in the women’s 800m courtesy of European U20 and U23 medallist Ellie Baker in 2:00.95 - the Germans lost more points with initial runner-up Christina Hering disqualified for jostling - and in the women’s 3000m with Revee Walcott Nolan in 9:13.36. The Brits also won the women's 4x100m in 43.36.

But despite some big name withdrawals in recent days, hosts and reigning champions Poland are still in contention to retain their title despite a weakened team and they trail the Brits by only half-a-point at the halfway stage.

The Poles won five events across the first day including the women’s 400m courtesy of double European U23 champion Natalia Kaczmarek in 51.36 and the women’s 100m with 20-year-old Pia Skrzyszowska winning in a lifetime best of 11.25.

Skrzyszowska will be back in action tomorrow afternoon in her favourite event, the women’s 100m hurdles.

Italy was hit by the late withdrawal of team captain Gianmarco Tamberi in the high jump but the Italians are still in contention to finish on the podium for the first time at the European Athletics Team Championships. Their standout performer was Yemaneberhan Crippa who utilised his blistering sprint finish to win the 5000m in a championship record of 13:17.23.

Crippa's time also surpassed the event record in the European Cup, which was replaced by the European Athletics Team Championships in 2009, which was held by his compatriot Salvatore Antibo with 13:21.68.

Full day one results can be found here.