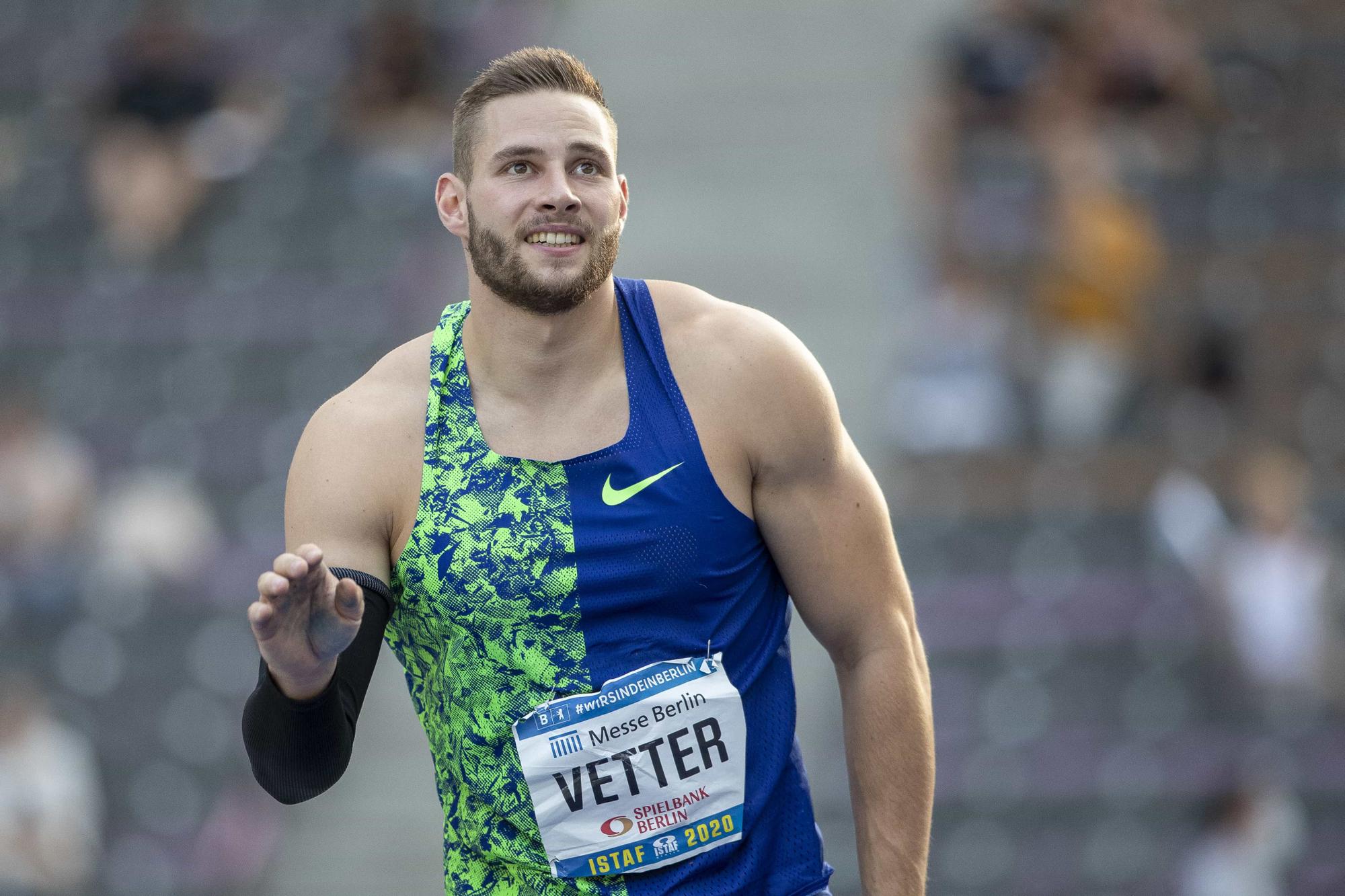 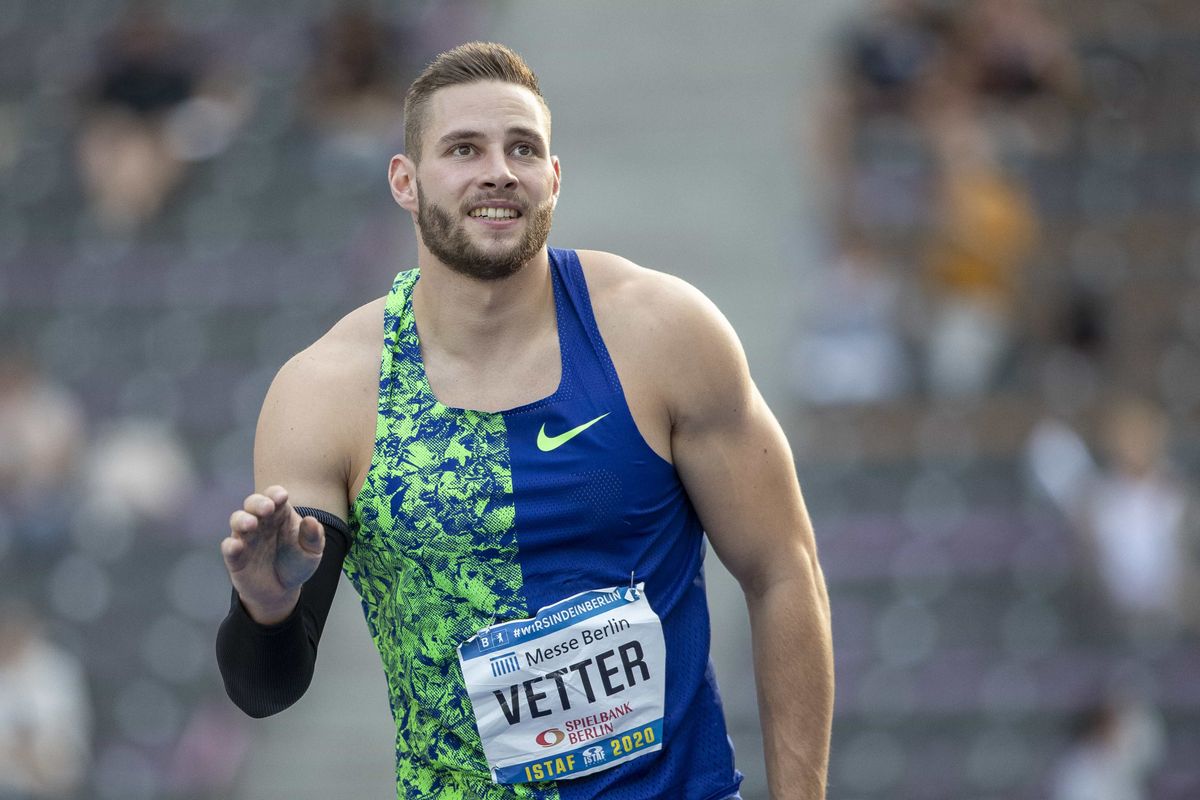 Vetter launches javelin to 87.27m on his season’s debut in Offenburg

The second longest javelin thrower in history Johannes Vetter from Germany made an excellent start to his 2021 campaign with a world leading mark of 87.27m in Offenburg on Sunday (7).

Competing in cold and wet conditions in a competition which was held at his training base, Vetter threw 87.27m in the fourth round and had three other throws in excess of 83 metres.

'I'm healthy, I'm fine, everything is going according to plan,' summed up Vetter who isn’t planning to compete again until May.

Vetter was one of the outstanding athletes of what was an abbreviated summer campaign in 2020. He won nine successive competitions and strengthened his national record and position at second on the world all-time list with an exceptional effort of 97.76m in Chorzow.

Iapichino improves to 6.75m on her season's debut in Ancona

Reigning European U20 long jump champion Larissa Iapichino had a brilliant season’s opener on Saturday (6) at the Italian Indoor U20 and U23 Championships in Ancona.

Still only 18 and therefore a junior for the rest of the year, Iapichino was already pleased to reach 6.70m but she underlined her consistency at a high level by improving to 6.75m with her next jump of the competition.

“I'm really so happy because this competition was meant to break the ice and understand my form and now I can say I'm fine!” Iapichino told FIDAL after the competition.

Iapichino moves to fourth on the world indoor U20 all-time list which is headed by Heike Drechsler with 6.88m and only her mother Fiona May is ahead of Iapichino on the outright Italian indoor all-time list with her national record of 6.91m.

European U20 heptathlon bronze medallist Annik Kalin won the pentathlon title at the Swiss Combined Events Championships in Magglingen on Sunday with a national record of 4507 points to add eighteen points to the previous mark.

The 20-year-old excelled in the 60m hurdles (8.14m) and long jump (6.47m) and her score moves her up to second on the 2021 European list which means Kalin is very likely to secure one of the remaining places in the pentathlon at the European Athletics Indoor Championships in Torun.

Simon Ehammer was on course to shatter his Swiss record in the heptathlon after some brilliant individual marks including 6.81 in the 60m, 7.80m in the long jump, 15.31m in the shot put and 7.88 in the 60m hurdles.

But his prospective breakthrough came to a devastating end after recording three fouls at his opening height of 4.70m in the pole vault.

Andri Oberholzer came through to take not only the national title but also eclipse Ehammer’s national record with 5940 points but the European U20 decathlon champion will be looking to recapture the record in Frankfurt next weekend.

Darko Pesic also set a Montenegrin record in the heptathlon at the Serbian Indoor Championships in Belgrade on Sunday.

Pesic tallied 6036 points to break the 6000 points-barrier for the first time in his career. He also set outright Montenegrin records in both the long jump and high jump with 7.24m and 2.08m respectively.

At the Turkish Indoor Championships in Istanbul, Ersu Sasma improved his national record to 5.72m in the pole vault before attempting 5.80m.

Two national records were set in Satra, just outside Stockholm, on Saturday (6) afternoon. Fanny Roos set her second national indoor record of the season with 18.66m in the shot put and Ella Junnila cleared a Finnish indoor record of 1.92m in the high jump.

Another Finnish record fell to Lotta Kemppinen in Helsinki on Saturday. She clocked 7.21 in the 60m before improving to 7.19 in a separate 60m race to eclipse the Finnish record.