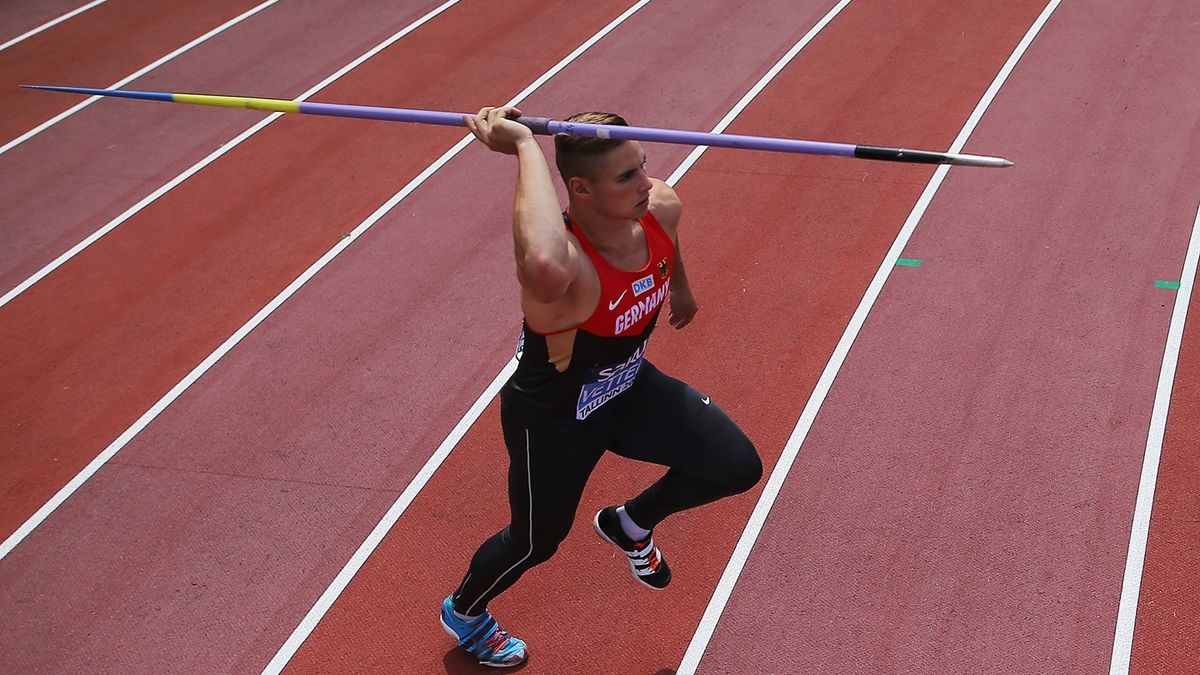 Vetter gets the better of Rohler in Paris

It has become a classic season in the men's javelin and Saturday (1) night at the Paris Diamond League was no exception.

Thomas Rohler might have entered as the world leader - and fresh from two 91m-plus throws in Ostrava on Wednesday - but this time, the Olympic champion could not surpass his German teammate Johannes Vetter.

Rohler leads the world rankings with 93.90m from the Doha Diamond League where Vetter was second with 89.68m, the second best throw of 2017. It remains their personal bests.

And as the Diamond League moved to the Stade Charlety for the first time, Vetter - who was fourth behind Rohler at the Olympics last summer - started sensationally. His opening throw 88.74m was just too good for the rest, although Jakub Vadlejch from the Czech Republic was also in brilliant form himself, equalling his personal best of 88.02m in the first round.

It brought him second while Rohler finished third with a still very respectable effort of 87.23m from round four.

Everything Vetter had went into his winning effort with his next best throw of 85.76m coming in the second round. It was a competition of the highest quality and it remains impossible to predict who will win gold in London - let alone Berlin.

Sifan Hassan showed all her strength to send out a warning to Olympic 1500m champion Faith Kipyegon that she might not have it all her own way in London.

As Kipyegon won gold in Rio, Dutch star Hassan was fifth, having won bronze at the last World Championships in Beijing in 2015 when the Kenyan took silver.

But Hassan made a major point as she won by just 0.41 in 3:57.10 while reigning European champion Angelika Cichocka from Poland, who beat Hassan for the European title on home soil in Amsterdam last summer, was fourth in a lifetime best of 4:01.61.

Hassan knew the importance of the win. “It also gives me confidence which everybody needs before London. The win is very important to me because there was a very strong field in Paris. Despite the hard start, the time is good and the victory is fantastic,” she said.

Shubenkov turns back clock with 13.09

Competing as an Authorised Neutral Athlete, Sergey Shubenkov will be defending his world 110m hurdles title in London and he warmed up with his best time since the 2015 World Championships with 13.09 in the heats.

It was a slick, fine run and although he could not match it in the final, it will put him in good stead. Shubenkov finished fourth in the final in 13.18 behind European indoor champion Andrew Pozzi, who set a lifetime best of 13.14, with France’s Garfield Darien third in 13.15.

Turkey’s Ramil Guliyev produced a great run on a famous night for him and his country.

His 20.15 triumph in the 200m brought Turkey its first ever victory in a sprint event in the Diamond League as he beat the Netherlands’ 2012 European champion Churandy Martina (20.27) and Jamaican Rasheed Dwyer (20.45).

And though it was not a Diamond League event, it was a memorable evening for France’s Kevin Mayer in a special triathlon ahead of his World Championship decathlon bid.

Lavillenie is left frustrated in second

At the 2012 Olympics, Renaud Lavillenie won pole vault gold but he was full of frustration in the build up to his pursuit of his first world outdoor title in the same stadium next month.

Lavillenie even threw the pole across the ground mid run-up as his timing was out as he looked to clear 5.77m. The Frenchman duly finished second with 5.62m as American Sam Kendricks won 5.82m.

One the moments of the night was the sportsmanship shown by Kendricks as Lavillenie went for his third attempt at 5.77m. He stood by the side of the runway, clapping and encouraging the crowd to follow but Lavillenie could not deliver.

“Tonight I feel very frustrated,” said Lavillenie. “I am not here in Paris for this kind of result. But strong wind was a problem during all the competition. In Nancy I was not good at all but tonight I think that I deserved better. With these conditions, it's very hard to perform.”