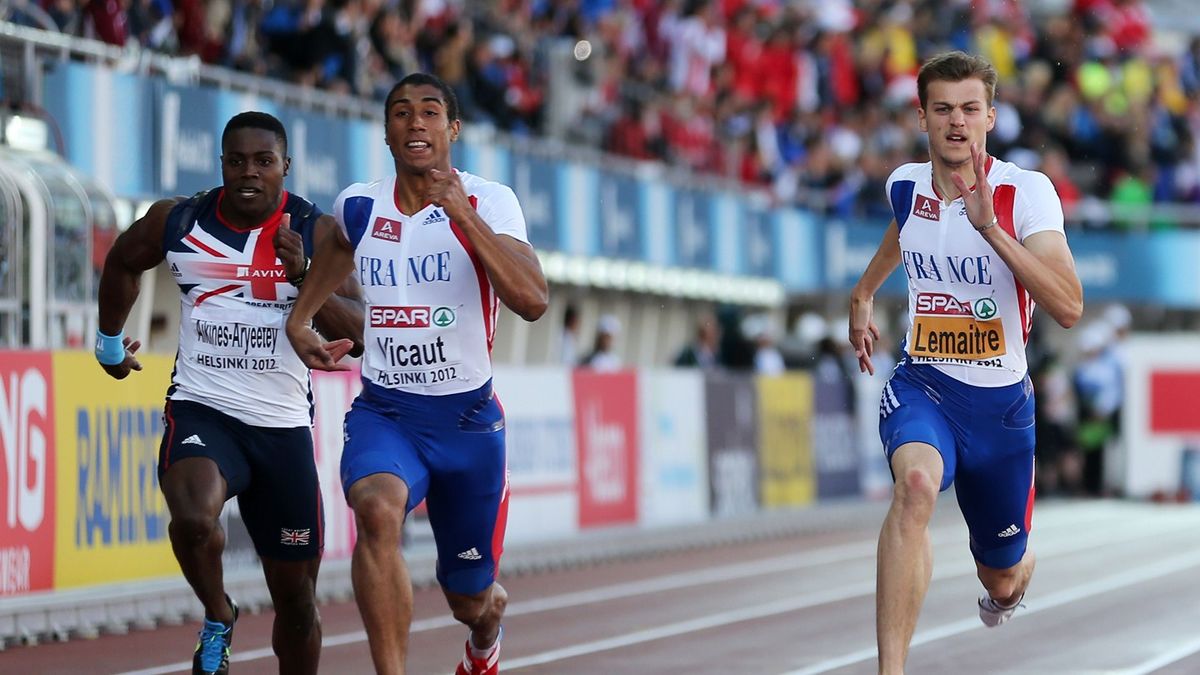 Speed was the name of the game this weekend as Jimmy Vicaut, Christophe Lemaitre, Ivet Lalova and Tiffany Porter soared to the top of the European Athletics rankings with superb leading times.

There is a great deal of anticipation about the men's 100m final at the European Athletics Championships in Zurich in August because of the strength of the event and Frenchman Vicaut is flying again as he won in Aix-Les-Bains in 9.95 on Sunday.

It was the fifth sub-10 second run of his career and the second best in the world this year. Equally, it shows that he is carrying on the form from last summer where that same time saw him finish second overall on European Athletics rankings led by Great Britain’s James Dasaolu with 9.91.

But to run this quick in May is an impressive sign and poses the question of how much more is there to come from Vicaut?

His teammate Christophe Lemaitre will be chasing a hat-trick of 100m crowns in Zurich and he showed his form at the same Interclubs Elite Finale meeting as he won the 200m in a 2014 European best of 20.30.

At the BT Great CityGames in Manchester, an event run staged on man-made tracks in the city centre, Britain’s Porter soared to victory in the 100m hurdles in 12.65, a meeting record and European lead while teammate Meghan Beesley ran 25.05 in the 200m hurdles.

Olympic long champion Greg Rutherford won his event by nine centimetres in 8.02m as he beat Panama’s Irving Saladino, the man he succeeded when he triumphed in London.

French athletes had a good weekend with, on Saturday, Eloyse Lesueur, who will be defending her long jump title in Zurich after winning the World Indoor crown in Sopot in March, starting her summer with 6.36m in Confians and in Tremblay, Myriam Soumare, the 2010 European 200m champion, ran 22.94.

The World and European rankings also needed revising after an outstanding competition at the 40th Werfertage throwing meet in Halle on Saturday.

In the discus, Germany’s Robert Harting might be the Olympic, World and defending European champion but the glory this time went to Poland’s Piotr Malachowski.

Malachowski, the 2010 European champion, moved to the top of the World rankings as he won with 69.28m, beating Harting with 68.28m and Martin Wierig third with 66.02m, ahead of Lithuania’s Virgilijus Alekna, now 42 and the current European Athlete of the Month for April, who had a best of 65.76m.

The hammer also brought a European lead as Poland’s World champion Pawel Fajdek won with 79.59m, a 10-centimetre triumph from Dilshod Nazarov, of Tajikistan, while Russia’s Aleksandr Lesnoy - who was top of the shot put rankings with 21.23m - won the event with 20.28m as Finland’s Ari Mannio took the javelin with 82.47m.

The women’s events produced performances of the highest standard, too, with European leads in the shot put and hammer.

Christina Schwanitz won the shot in 20.22m, the second best effort of her career, while Poland´s Joanna Fiodorow threw the hammer to a personal best of 74.39m as she finished second behind China’s Zhang Wenxiu, the Moscow bronze medallist, who won with 75.06m.

Germany’s Nadine Muller won the discus with 67.30m, while teammate Linda Stahl was first in the javelin with 63.90m.

There are no official World records for 5000m track walking but if there was, Italy’s Eleonora Giorgi would be top of the tree.

In Misterbianco on Sunday, Giorgi achieved a walking all-time best at the Italian Clubs League meeting when she won in 20:01.80, overtaking the previous quickest time of 20:02.60 which Ireland´s Gillian O´Sullivan set in 2002.

Talking of Irish walkers, it is set to be another big summer for 50km World champion Rob Heffernan as he bids for glory in Zurich and on Sunday in Naumburg, as a guest at the German 20km championships, he won in 1:21:07, beating Christopher Linke who took the national title in 1:21:18.

Morgan Lake, just 17, broke the British junior high jump record with 1.93m at the Loughborough International Match while Kladno staged the first round of the Czech Republic’s clubs league where, in cold and rainy conditions, 400m European champion Pavel Maslak still managed to run an eye-catching 20.68m to win the 200m.

Europe is staging 48 meetings this week and for all the dates, visit our European Athletics Calendar