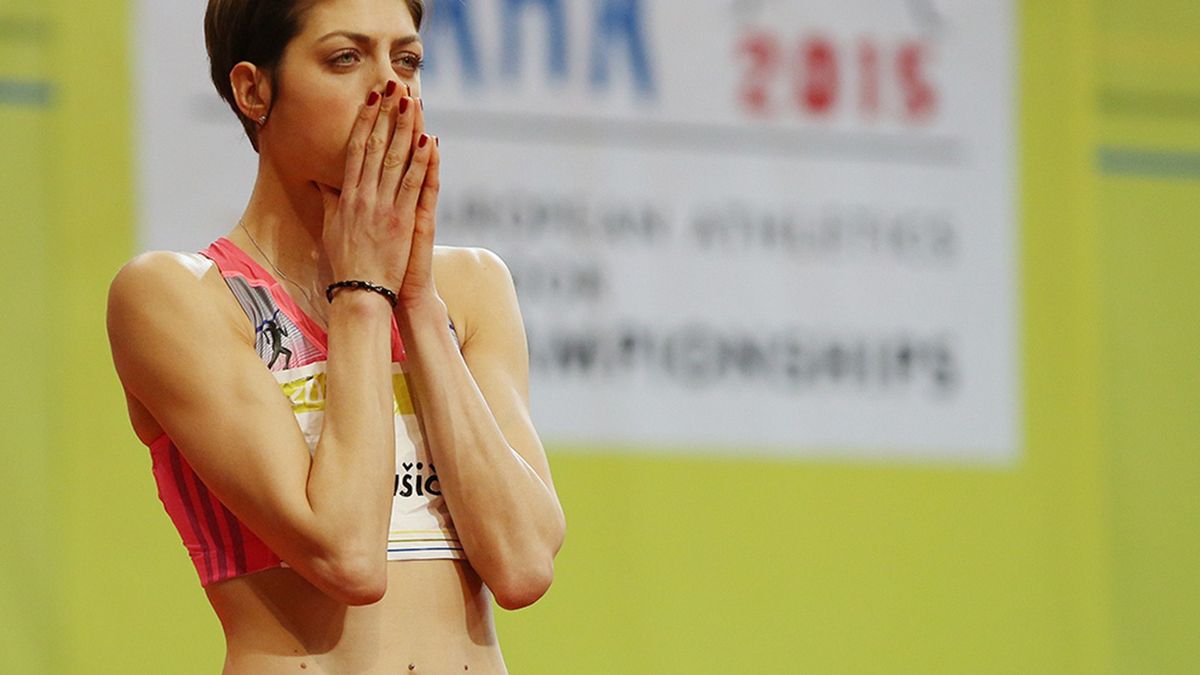 Some of the great aspects of this week’s IAAF World Indoor Championships are two European women at different ends of the athletics spectrum.

In Croatia’s Blanka Vlasic, 30, lies the chance to show just how much she has rebuilt her career, how injury is a problem of the past and how she is ready to reach the podium again. Every move she makes in the ERGO Arena will be scrutinised, but equally she will relish every step she takes.

The 2010 European high jump world champion has won this indoor title twice title before - in Valencia in 2008 and Doha two years later - but her simple presence in Poland is an achievement in itself.

It is probably fitting - or perhaps perfect timing by the meeting organisers - that the qualifying rounds of the women’s high jump is the event which opens the championships at 10 a.m. local time on Friday morning.

Vlasic has been away long enough from this type of stage; she does not need to wait any more to return.

And she will do so with the confidence and belief she can win a medal after her two-metre jump in Prague last week which has put her joint second in the world rankings led by Russia’s Maria Kuchina with 2.01m.

Vlasic has not competed at this level for two years because of Achilles problems but her face told the complete story of how happy she is to be back as she sent out a brief message about her appearance here.

“To all my fans, thank you for being there and supporting me all the time,” said Vlasic. “Please continue to do so, especially this weekend.”

The women’s high jump final takes place on Saturday afternoon and it could be one of the noisiest events of the weekend if Poland’s Kamila Licwinko maintains her fine form this winter.

She also has cleared two metres - both in Arnstadt and at the meeting to open this arena last month - and will have the backing of a home crowd where 80 per cent of the 22,500 tickets have been sold so far.

Spain’s Ruth Beitia, the European Indoor champion, can never be discarded, too, and her presence will just add further weight to one of the top European events of the championships.

Friday at 1 p.m. is the start of the women’s 800m and while Laura Muir, of Great Britain, and Poland’s Angelika Cichocka, will be determined to be in the mix - they are third and fourth respectively in the world rankings  - it is the entry of a teenager who is 12th on that list which could draw as much attention.

Iceland’s Anita Hinriksdottir, who turned 18 in January, is one of the greatest young talents in the sport as she proved in 2013 where, in the space of a week, she was crowned World Youth and European Junior champion.

They were performances which led to her winning the Female Rising Star title at the European Athletics Awards Night in Tallinn, and now she is in a whole new world at this senior level.

No doubt the IAAF World Junior Championships in Eugene in July is her main target for 2014, but seeing how far she can go in Sopot will be one of the great European stories.

Hinriksdottir, who became Iceland’s first global champion last summer, has a season’s best of 2:01.81 in a year where American Ajee Wilson tops the rankings with 2:00.43.