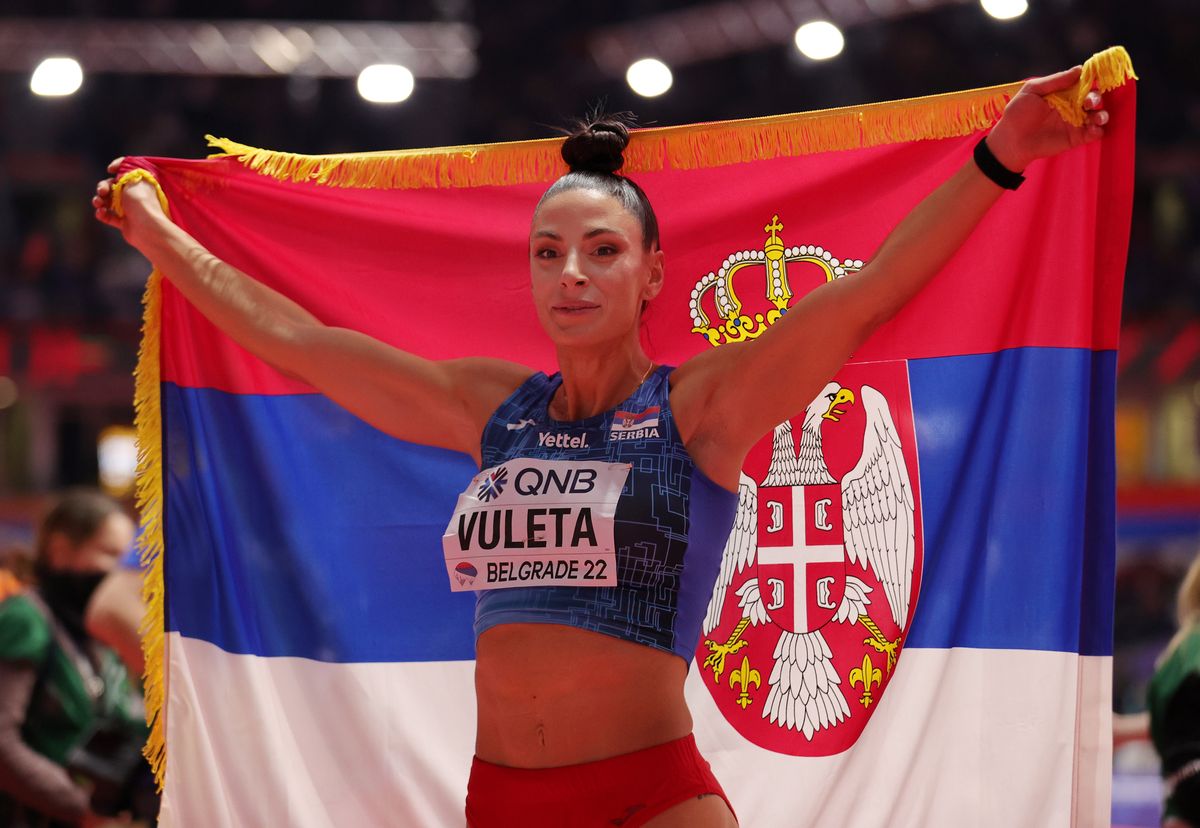 Just as they did five years ago at the European Indoor Championships, the three-syllabled chants of ‘I-va-na’ rang out around the Stark Arena after the completion of the long jump final as Serbian heroine Ivana Vuleta basked in the adoration of a near capacity crowd on the last session of the World Athletics Indoor Championships on Sunday (20).

The only ostensible differences between then and now were that Vuleta was competing under her maiden name of Spanovic when she triumphed in Belgrade 2017. And after her sixth attempt, Vuleta did not go for a repeat of the sand angel pose - photos of which dominated the front pages of the Serbian newspapers the following day. Vuleta started with a foul but the reigning champion made the necessary adjustments on her run-up for her second attempt. She took a lead which she would not relinquish, landing in the sand at 6.89m despite giving away space on the board.

This gave Vuleta the opportunity to attack in the third round. The Serbian superstar, who was clearly back in seven metre-shape and even harboured aspirations of challenging her Serbian record and lifetime best of 7.24m from five years ago, overstepped the board by a fraction and her jump was deemed invalid.

But as she has done so many times in her illustrious career which shows no signs of slowing down, Vuleta nailed her fourth jump. She hit the board perfectly and propelled herself beyond seven metres, recording the first seven metre-jump of the season with 7.06m.

In pursuit of her 7.24m from 2017, Vuleta fouled out with her last two jumps in the final but it was mission accomplished once she landed her fourth round jump. Vuleta not only defended her title but she also took her tally to four successive medals at the World Indoor Championships having also taken silver in 2016 and bronze in 2014.

"I had a duty to defend the world title. My medal was like a cherry on the cake. It was incredible. It was like an out of body experience. I didn't have an easy task jumping in front of my home crowd. That built the tension for me. I was even ready to do longer jumps but that isn't important now. Being world indoor champion I now feel fulfilled," said Vuleta.

Nigeria’s Ese Brume came away with silver courtesy of her third round effort of 6.85m while Great Britain’s Lorraine Ugen repeated her bronze medal from five years ago, also setting a season’s best of 6.82m.

Now 34 and with four Olympic appearances under his belt, Kevin Borlee anchored Belgium to their first and long-awaited global title in the 4x400m in 3:06.52.

In an all-European field, Borlee pulled out a sharp anchor leg of 46.06 to overhaul the flagging Bernat Erta from Spain although he did fend off a late charge from Tony Van Diepen from the Netherlands to seize silver for the Spaniards - 3:06.82 to 3:06.90.

Van Diepen recorded the fastest leg of the day with 45.76 to elevate the Netherlands from sixth to third but the plaudits went to the Belgian Tornadoes who finally have a global title to accompany their countless world silver and bronze medals and many continental accolades. And the gold medal came despite the withdrawal of Kevin’s twin brother Jonathan due to injury. The rest of the team was made up of younger brother Dylan along with national record-holder Julian Watrin and 2018 world U20 400m champion Jonathan Sacoor.

“It is amazing - we have been second before and now we get gold and I am just happy right now,” said Kevin, the elder statesman of Belgium’s 4x400m team.

One month after breaking the world indoor 1500m record in Lievin, Norway’s Jakob Ingebrigtsen was expected to romp to his first world title but the Olympic champion was surprisingly outsprinted by Samuel Tefera from Ethiopia.

Tefera might have been the reigning world indoor champion and the world indoor record-holder prior to Ingebrigtsen but the odds were stacked against the Ethiopian who had never beaten Ingebrigtsen in their eleven previous 1500m encounters dating back to 2018.

That changed tonight as Tefera returned to his best form after some lean years due to an Achilles injury, clawing past Ingebrigtsen in the last 40 metres to retain his title in 3:32.77 and take ownership of the championship record away from Haile Gebrselassie.

Ingebrigtsen picked up his first ever world medal with silver and was also under the previous championship record with 3:33.02 but this was scant consolation for the gold medal favourite whose disappointment was palpable.

"I came here for the gold medal so of course I am disappointed. I've been the best this season so I expected more," he said. 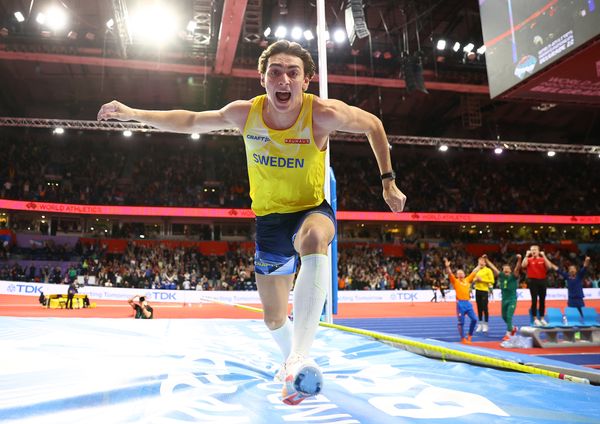