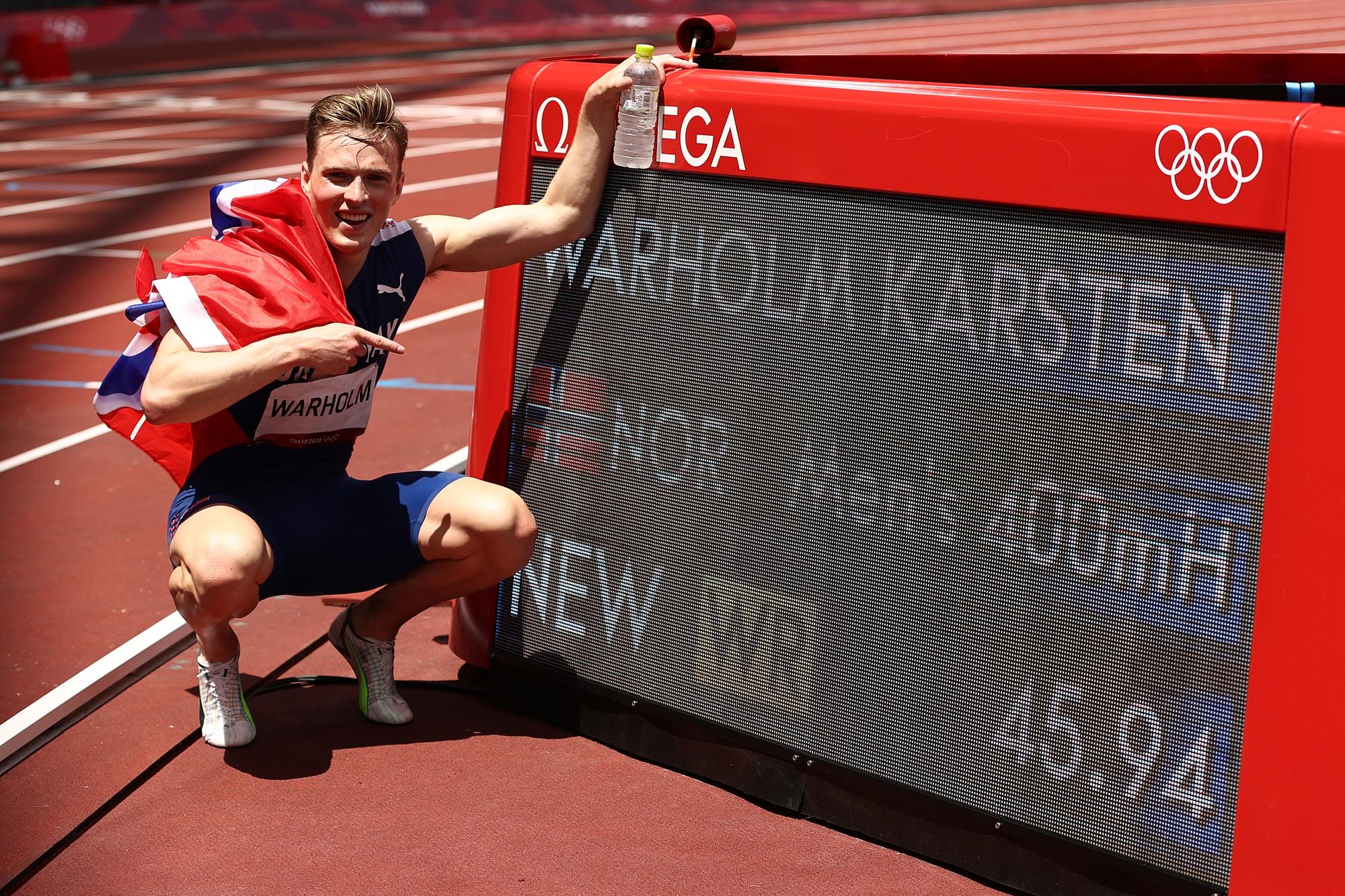 Three decades after Mike Powell and Carl Lewis tussled it out in a legendary long jump final at the 1991 World Athletics Championships in Tokyo, the incredible Karsten Warholm fended off Rai Benjamin for the Olympic 400m hurdles final in what will surely be regarded as one of the greatest races in history.

And Warholm won the title with one of the greatest performances the sport has ever seen. The Norwegian lowered Kevin Young’s long-standing world record of 46.78 with 46.70 on his home track at the Bislett Games in Oslo last month but Warholm tore that record asunder on Tuesday (3) afternoon.

Warholm was pursued all the way by Benjamin who was drawn on the inside of the Norwegian and his American rival drew level with the reigning world and European champion midway down the home straight. But Warholm is at his most indomitable over the last two barriers and the 25-year-old, who lives and trains in Ulsteinvik and is seemingly immune to pain and lactic, took the last hurdle without a flicker of hesitation before charging to the line in his trademark rumbustious style.

Warholm crossed the finish-line and the clock stopped at an unfathomable time of 45.94, a world record by 0.76 and a highly respectable time in the 400m flat. When he glanced at the clock, Warholm’s eyes bulged out of his head just as they did at the 2017 World Athletics Championships in London where he made his senior breakthrough at the age of 21 before ripping his vest in a hulk-like celebration.

In a race which immediately drew parallels with the men’s 800m at the 2012 Olympic Games in London, the times behind Warholm were sensational. Benjamin decimated the previous world record to win silver in 46.17 - taking a dizzying half-a-second off Young’s American record which stood as a world record as recently as last month - and the precocious Brazilian Alison dos Santos broke the 47 second-barrier with 46.72 to win a bronze medal and become the third fastest exponent at the age of 21.

After starting his career as a promising combined eventer, Warholm only moved to up the 400m hurdles in his first season in the senior ranks in 2016. Only 20, Warholm showed immediate promise at his new event by making the European final in Amsterdam and then reaching the semifinals at the Olympic Games in his first handful of races at his new event.

Since then, Warholm has worked voraciously with his coach Leif Olav Alnes and this great partnership has yielded a string of four successive major titles dating back to those World Championships in 2017 and the first sub-46 second performance in history.

“You know the cliche that it hasn’t sunk in? I don’t think it has but at the same time I feel ecstatic. It’s a great moment. I can’t believe the time; it’s so fast!” said an incredulous Warholm.

“The crazy thing is Leif told me 45 [seconds] can be possible if I do everything perfectly. A lot of the time I’ve been asked about the perfect race; I said it didn’t exist but this is the closest I’ve ever got.

“I told myself going into the race: just remember all the hard hours, all the work you’ve put in. This is the only one missing from my collection; now I have a full collection.

"I can’t describe how important this is to me. This is my life. People say don’t let the sport define you but I don’t have anything else. This is what I do morning to night.”

A shell-shocked Benjamin said: "It’s rough to run that fast and still lose...I came up short. I made some mistakes on the back straight and it cost me but that is the nature of the event."

Moments earlier, Malaika Mihambo from Germany also completed the set of major titles in the long jump with a dramatic victory.

Mihambo has struggled for consistency on the board all season but the reigning world and European champion uncorked her best jump of the season in the very last round, landing in the sand at a timely season’s best of 7.00m to move from bronze to gold despite giving away 20 centimetres on the board.

Usually such a calm and reassured presence on the runway, Mihambo looked on from the sidelines wracked with nerves as Nigeria’s Ese Brume and Brittney Reese from the United States then took it in turns to try and recapture the lead from the German.

Brume gamely responded with 6.90m on her last jump before multiple world and Olympic champion Reese closed the final with 6.81m. Both efforts were good but not good enough to displace Mihambo who broke down in tears of relief and joy.

“This really means a lot – the last year was not easy for me, I struggled a lot with my run up,” said Mihambo, who became the first German winner of this title since Heike Drechsler in Sydney 2000.

She added: “It was not easy to come back, to find my strength, to find my approach, so I’m particularly grateful, thankful, overwhelmed and really happy that in the end I was still able to compete on a really high level, show my best and win a gold medal,”

Three-time European indoor champion Ivana Spanovic led the qualifying rounds with a season’s best of 7.00m - her first seven metre jump in four years - but the Serbian couldn’t quite rekindle this vintage form in the final, finishing just outside of the medals in fourth with 6.91m at her fourth Olympics. 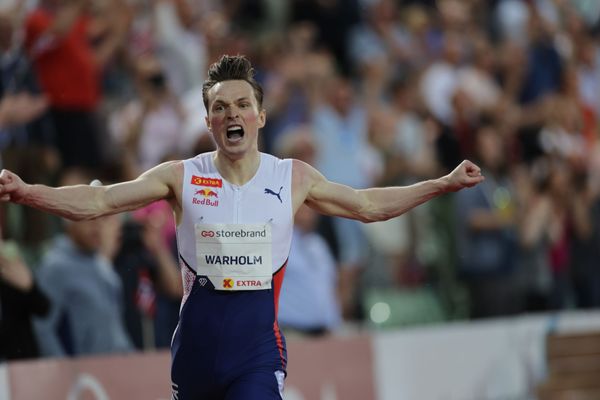