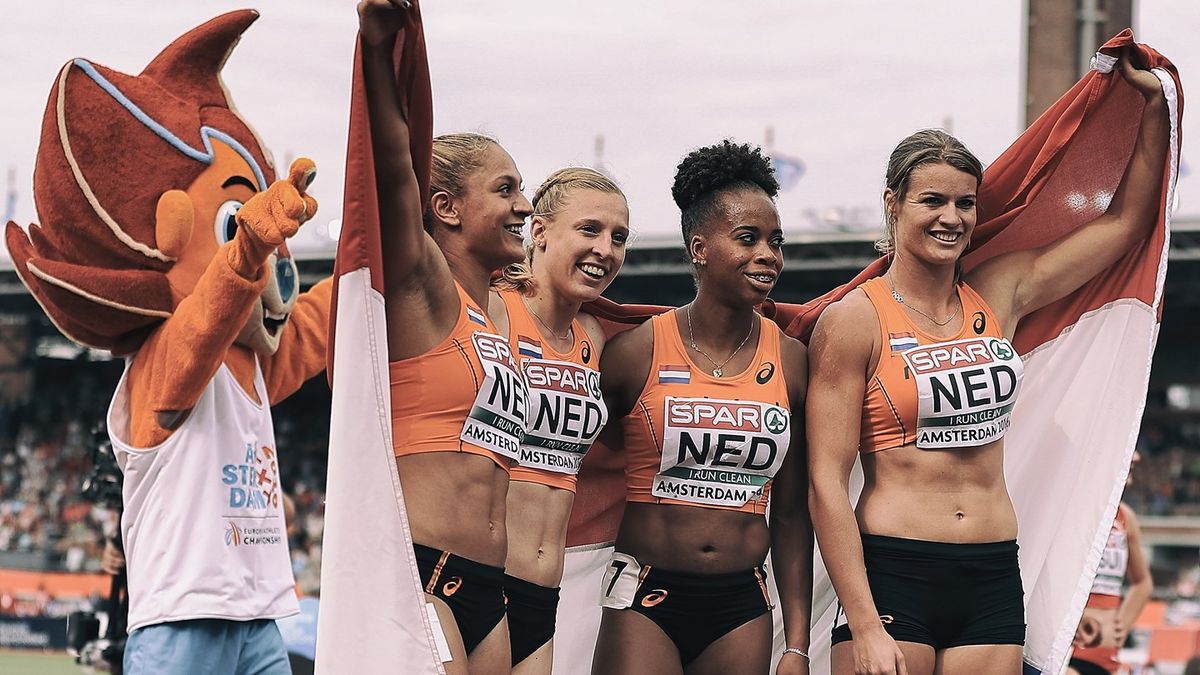 What to look out for: Dutch women out to defend European relay crown

Dafne Schippers could be one of the great stars of the Berlin 2018 European Athletics Championships, and this time it could be the moment she becomes a triple gold medallist.

Back in 2014, when first burst on to the world stage, she won gold in the 100m and 200m at the European Athletics Championships that summer in Zurich and those victories helped her be anointed the 2014 European Athlete of the Year.

Two years later, at home in Amsterdam and in front of her family and friends, she retained her 100m crown and made a massive contribution with a storming second leg, eating up the ground – which was not it was recently revealed thanks to an IAAF biomechanical survey that she possesses one of the longest strides among the world’s top sprinters with covering around 2.3 metres when at full tilt – and helping the Netherlands’ triumph in the 4 x100m relay.

Schippers may find individual success harder to achieve than on the last two occasions, Britain’s Dina Asher-Smith and Switzerland’s Majinga Kambunji have bother run under 11 seconds for the 100m this year and are also likely to be formidable rivals in the longer sprint but, as this summer’s spectacle draws closer, the spirit among the Dutch women who will form their relay team remains high.

The 2010 world U20medallistl ran the first leg in Amsterdam, handing the baton on to Schippers before Tessa van Schagen and Naomi Sedney brought the team home in a national record – just to add to the glitz – of 42.04 from Great Britain and Germany.

Samuel herself is having a fine season and has improved her 200m personal best twice in recent weeks. The way she is running, she will also be in with a big shout of individual 200m success.

Reflecting on the relay, Samuel said: “We have a title to defend in Berlin and we are preparing everything for that.”

And talking of the 200m, she added: “A podium in Berlin is definitely the objective for me.”

Like Schippers, Samuel is also 26 and in 2011, the year after she won two bronze medals at the IAAF World U20 Championships, she stepped up and won silver in both the 100m and 200m at the European Athletics U20 Championships in Tallinn.

Running the opening leg in the relay brings as much pressure as the individual event, knowing the importance of setting the team on their way.

But as gold medallists, the Netherlands’ have shown how good they are, and they will do all they can to hang on to their crown.