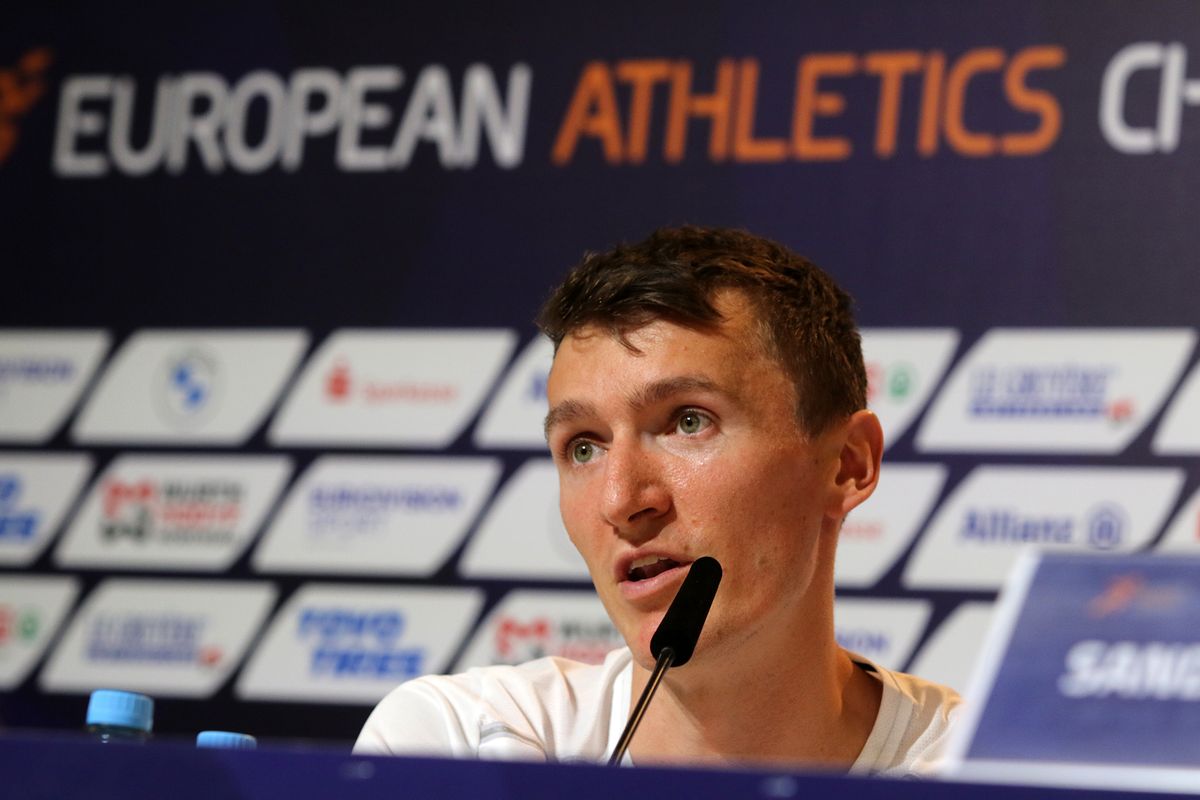 Wightman won 1500m bronze for Scotland last Saturday at the Commonwealth Games in Birmingham but reflected: "My Commonwealth Games experience was the least enjoyable Championships I’ve ever had, because I had to come back physically and mentally from what happened in Eugene.

"But coming here and doing an 800m is something I’m excited to do. I hope I can still do all right because I’ve never really had a chance to run an 800m at a championship before and I want to show I can be competitive over this distance as well as at 1500m.

"Even in March when we were planning my season out it was always going to be tough to do 1500m at the worlds, Commonwealths and Europeans, but of all the ones where I’d rather do an 800m, this is it."

Wightman, who surprisingly beat Norway’s Olympic champion Jakob Ingebrigtsen to the world 1500m title in Eugene, has an 800m best of 1:44.18, run in Ostrava two years ago.

He added: "At the Commonwealth Games it was important to me to win something for Scotland. The way it’s turned out it looks like I’m trying to duck doing the 1500m [in Munich] but I want to do the 800m because I still want to be known as an 800m runner as well as a 1500m runner.

"I rarely get the opportunity to run at 800m because Britain is so strong in the event, and I can’t really miss the trials in the 1500m to do the 800m.

"But I feel I’ve already run a respectable time over the 800m and my aim for the season is to run another good time and hopefully try and medal. We’ve had a pretty long-standing Scottish record over 800m; Tom McKean ran 1:43.88  And I think I have the ability to hopefully do that at some point and that would be a nice way to round off my season.

"I see myself as a middle distance athlete rather than just a 1500m athlete, the same way that some athletes like Jakob are 1500m and 5000m guys."

"My dad’s not doing the stadium announcing so he’s actually my coach here." Wightman said with a grin. “I don’t know if that will get on my nerves or not because I’ve never had it. I’m going to see him around the hotel, a lot more than I’m used to, so I don’t know how that will be for me. I hope it will be good!"

Asked about the comment made by Ingebrigtsen to the effect that he had been beaten to the world 1500m title by a lesser athlete, Wightman responded with a smile and a shrug.

"It wasn’t the nicest thing to say, I don't think. In that moment I couldn’t care less. I’d won the World Championships, so if he thinks I’m a worse athlete then I probably am throughout the year. For the rest of the season I might be a worse athlete – but on that one evening I wasn’t the worst."

Sitting one place to his left was an athlete on the brink of a historic achievement. Sandra Perkovic of Croatia has already won five successive European discus titles and if she can add another she will become the athlete with the most European medals at one event – male or female. 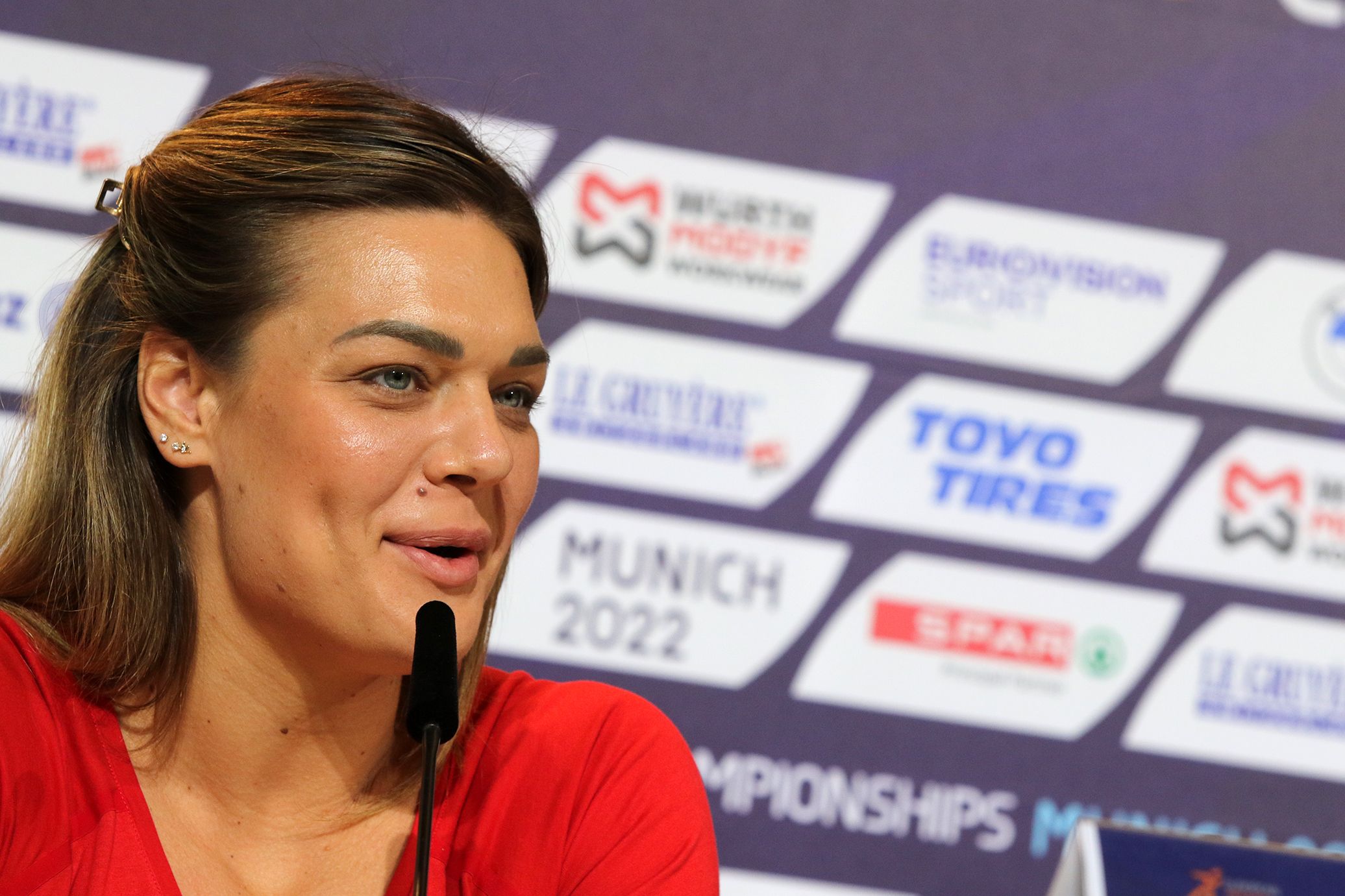 She currently shares the mark of five with Poland’s Olympic hammer throw champion Anita Wlodarcyzyk and Igor Ter-Ovanesyan, who won five long jump medals for the Soviet Union between 1958 and 1971. A sixth gold medal would also tie Marita Koch who won six gold medals in the 400m and 4x400m relay between 1978 and 1986.

“I have won the European title five times. I know the Germans are very strong – I need to beat them so I can achieve six golds. Competing in the Olympic stadium is always special. It’s nice to change the stadium – but the medals are the same! I hope the crowd will help me achieve my goals and I think I can give them more than they will expect,” said Perkovic who arrives fresh from winning silver in Oregon.

“Competing in front of a home crowd is always very special,” said Caroline Schafer, who won world silver in 2017 and added European bronze a year later. “I had this experience at the last Championships in Berlin and it is still one of my favourite memories, so I can’t wait to compete and have the crowd and my friends and family supporting me.

“I chose not to compete at the World Championships in Eugene, although I followed the girls and the results were really impressive. Now we are in Munich, in my home country – let’s see what’s going to happen

Sophie Weissenberg, silver medallist in the 2016 world U20 long jump and 2019 European U23 heptathlon, reflected on her recent competition in Eugene. "The first days back were difficult because of jet lag and the fact that I was processing the whole competition. But I had planned some day off and I got back into training on August 11.

"It will be something very special to compete in a championship in front of a home crowd – that is something I have always wanted to have in my career." 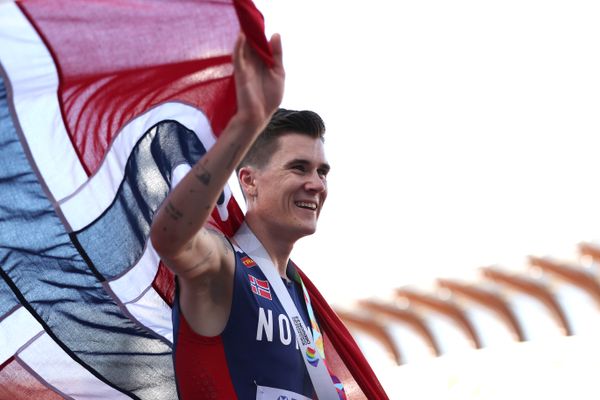