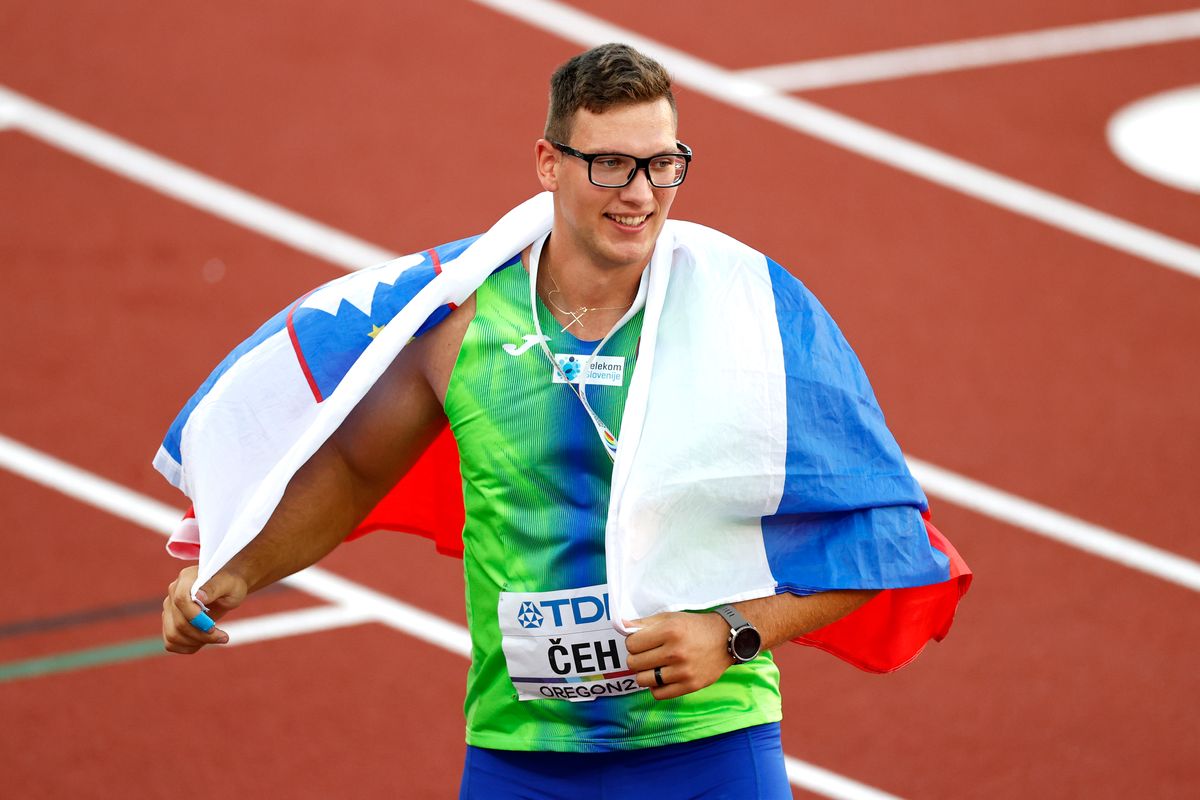 The pair are a decade apart in age but Ceh, the 23-year-old newly dominant force of the discus from Slovenia, and Fajdek, the 33-year-old master of the hammer from Poland, will step into the throwing circle in the Munich Olympic Stadium with the status of world champions.

At the World Athletics Championships in Oregon last month, Ceh claimed his first global crown with a championship record of 71.13m, while Fajdek won his fifth consecutive world title with a world leading 81.98m. 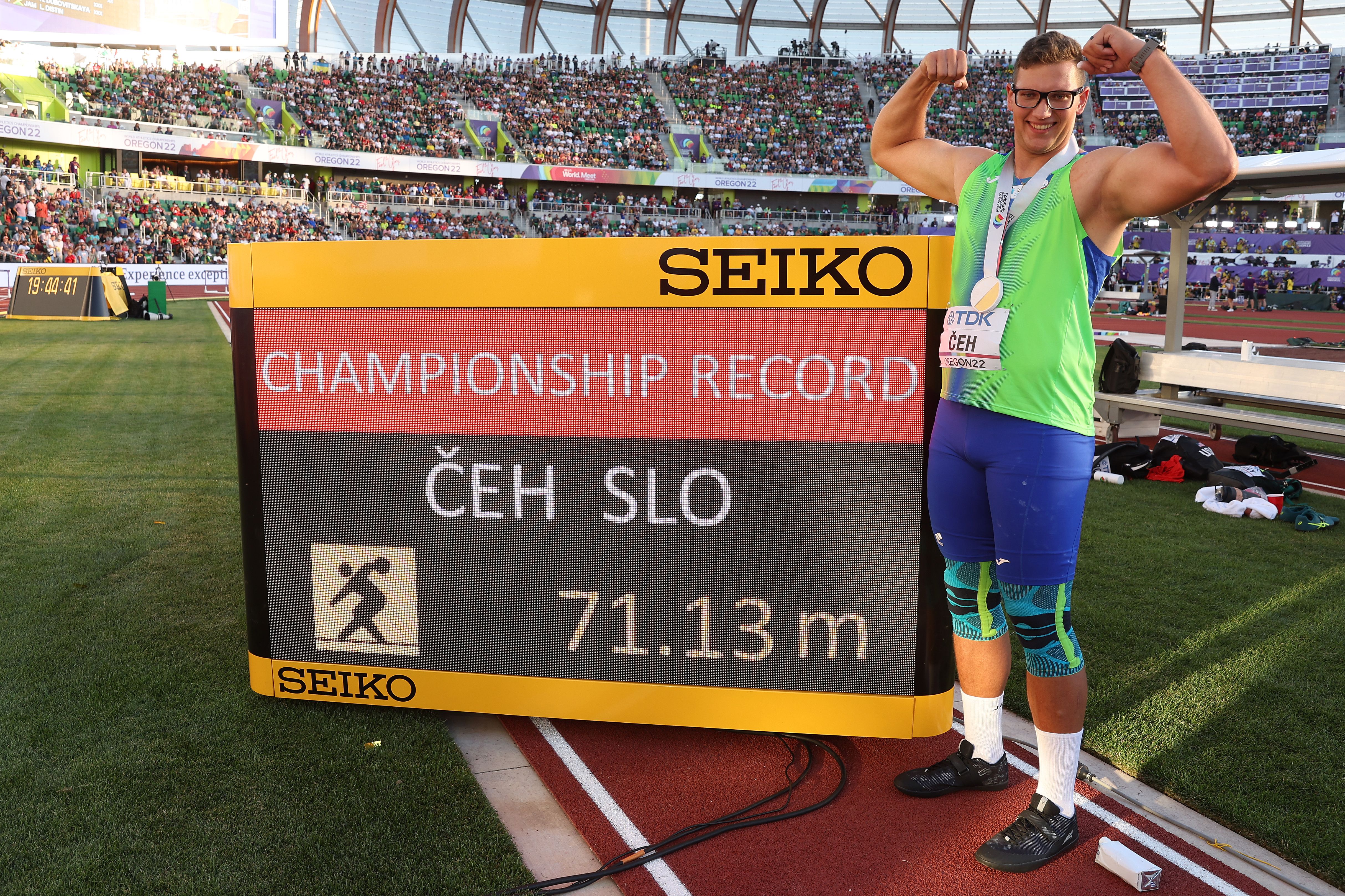 In the heat of battle in Munich, both men will probably need to be at their best again to finish on top in fields both featuring the top-five finishers from Eugene.

Ceh, the European U23 champion in 2019 and 2021, will be making his senior European Athletics Championships debut. Fajdek, meanwhile, will be looking to regain the crown he won in Amsterdam in 2016 – and for his fourth European senior medal, having taken silver medals in Zurich in 2014 and Berlin in 2018.

Twelve months ago, after retaining his European U23 title in Tallinn, Ceh finished fifth in the Olympic final in Tokyo. Since subsequently moving his training base to Estonia and working under the guidance of Gerd Kanter, the agricultural student has established himself as the preeminent performer in a hugely competitive event.

Ceh has lost just once in 16 competitions in 2022. At the Paavo Nurmi Games in Turku on 14 June, the giant figure of Ceh placed third behind Sweden’s Olympic and 2019 world champion Daniel Stahl and reigning European champion Andrius Gudzius from Lithuania. 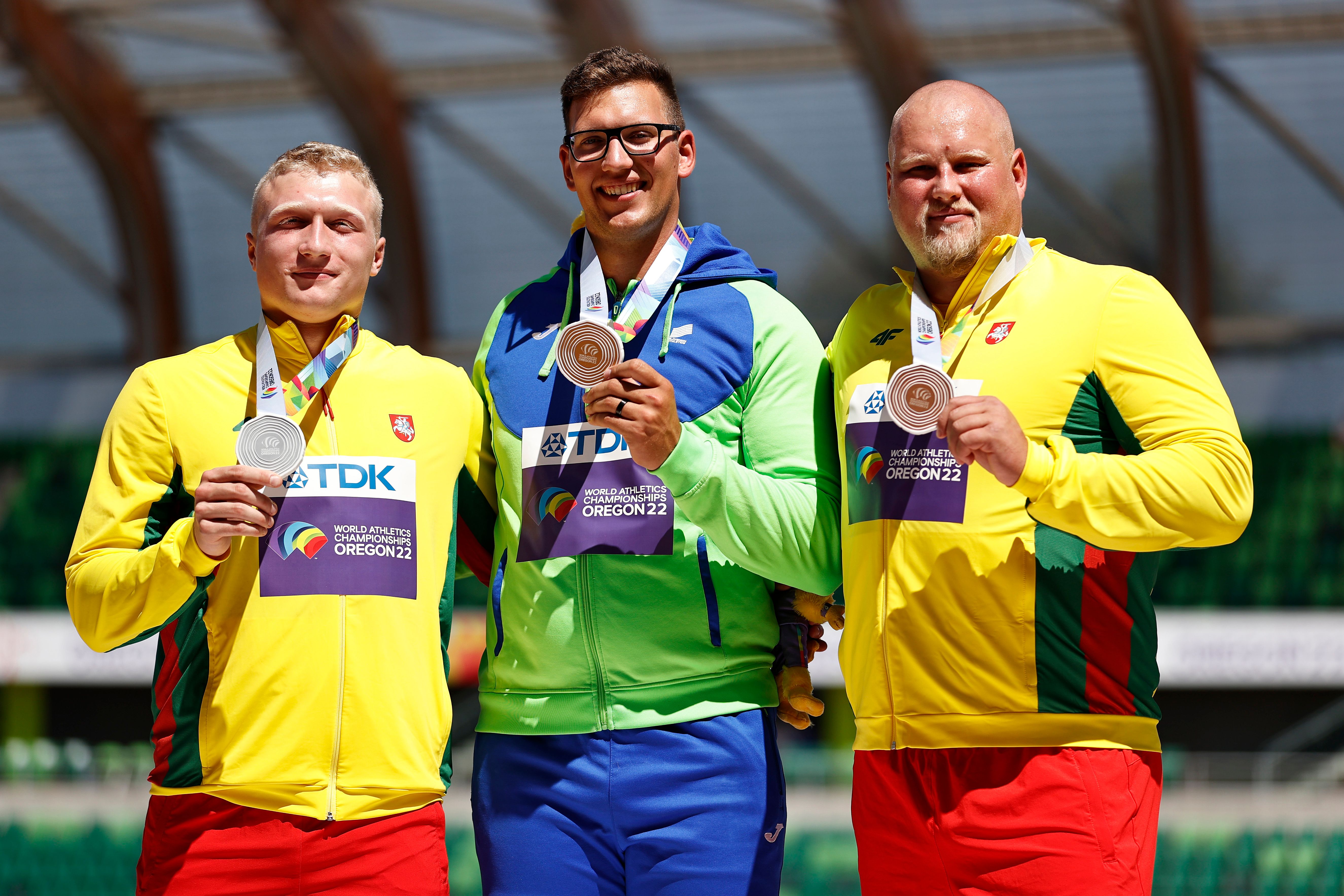 The 19-year-old Alekna, the son of double world and Olympic champion Virgilijus Alekna, came close to breaching the 70.00m barrier with a 69.81m throw, the longest ever throw by a teenager, for second place behind Ceh at the Stockholm Diamond League last month.

Stahl’s compatriot and training partner, Simon Pettersson, joined the elite club with a 70.42m effort at the Swedish Championships last Saturday (6). He took Olympic silver behind Stahl in Tokyo and was one place behind him in Eugene, where he finished fifth with 67.00m.

For Stahl, the 2018 silver medallist, and now Pettersson, there is the motivation of becoming the first Swedish winner since Willy Schroder in Paris in 1938. And for Stahl, there is further motivation of completing the set of major titles in Munich after just missing out on gold in Berlin four years ago.

This is just one of many intriguing storylines in what could be one of the highest quality events of the championships.

For Alekna, there is the chance to emulate his father’s 2006 success in Gothenburg, while Gudzius has the opportunity to become only the third back-to-back winner after Italy’s Adolfo Consolini in 1946, 1950 and 1950 and Germany’s Robert Harting in 2012 and 2014).

And for Ceh, there is a chance to outdo his coach. Kanter’s highest placing at a European Championships was silver three times including in 2006 behind Alekna senior.

The field also includes Lukas Weisshaidinger, the Austrian who took Olympic bronze in Tokyo but finished a disappointing tenth in Eugene, and Lawrence Okoye, who won his first senior medal at the age of 30 last week, a silver at the Commonwealth Games in Birmingham.

In the hammer, the biggest threat to Fajdek regaining the title would appear to be his Polish teammate Wojciech Nowicki, who beat him to gold in Berlin four years ago.

Fajdek has a career head-to-head record of 90-26 against his compatriot although the score this summer stands at 5-4 in Nowicki’s favour following his victory in Szekesfehervar on Monday. 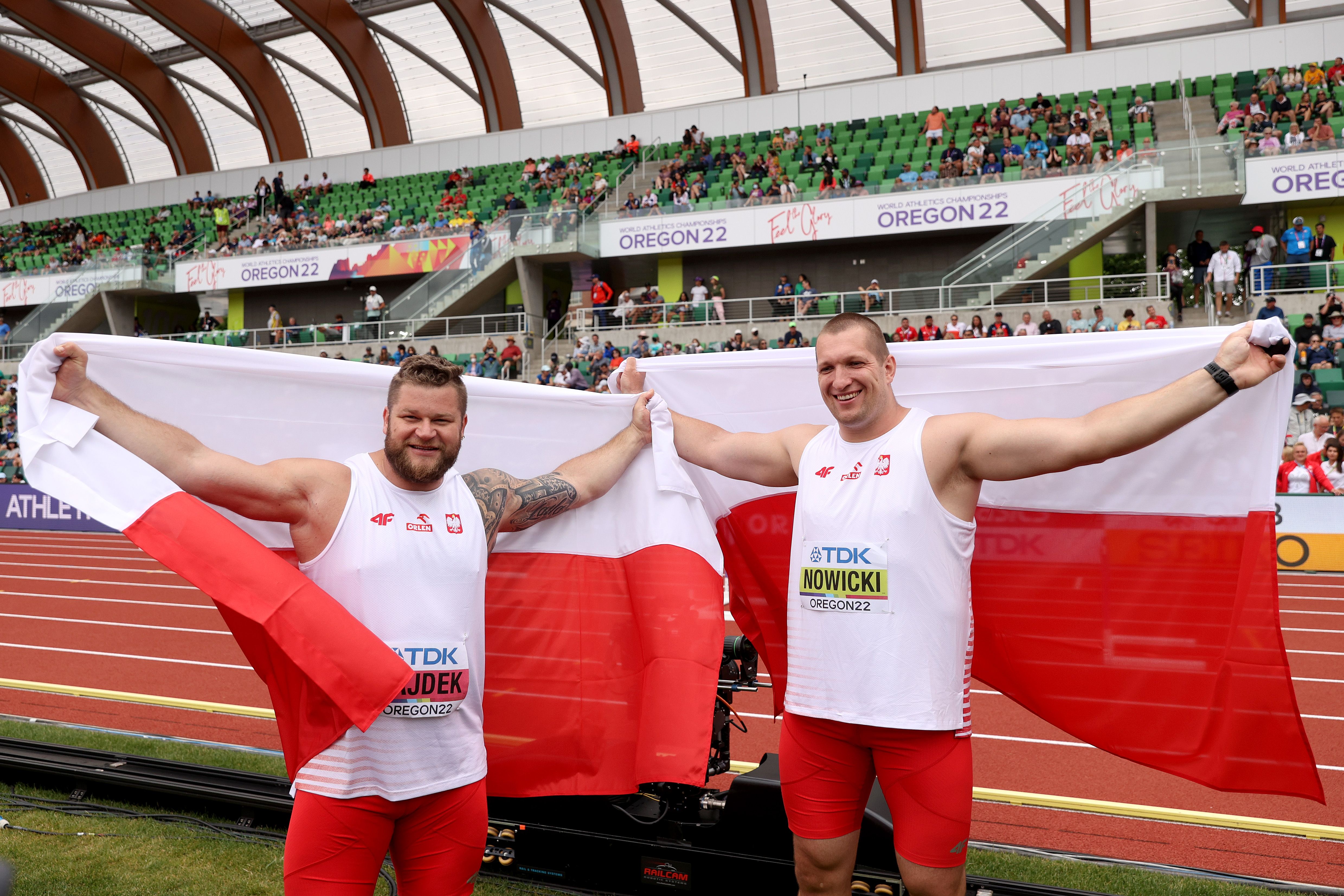 France’s Quentin Bigot (80.24m) and Bence Halasz of Hungary (80.15m) also breached the 80m barrier to make the top five in Oregon and will be aiming to figure in the medal mix in Munich along with the precocious Ukrainian Mykhaylo Kokhan who has won European titles at U18, U20 and U23 level.

German hopes of a javelin clean sweep on home ground at the last European Athletics Championships were met with a tinge of disappointment in Berlin as Thomas Rohler and Andreas Hofmann secured gold and silver but Johannes Vetter finished out of the medal frame in fifth place.

Four years on, Vetter is out with a recurring shoulder problem while Rohler and Hofmann are both struggling for form.

Rohler has had only two outings this season, finishing seventh in the Doha Diamond League in May with 72.51m and fifth in the German Championships in Berlin last month with 71.81m. Meanwhile, Hofmann registered three no-throws in the qualifying round at the World Athletics Championships.

This means that Julian Weber will carry the home hopes this time around. The 27-year-old from Mainz has thrown consistently beyond 83.00m all summer and finished fourth in the final in Eugene with 86.86m.

Jakub Vadlejch from the Czech Republic, protégé of world record-holder Jan Zelezny, beat the German to take bronze in Oregon and the Olympic silver medallist also heads the 2022 European list with 90.88m, his first and only throw in excess of the 90 metre-line. 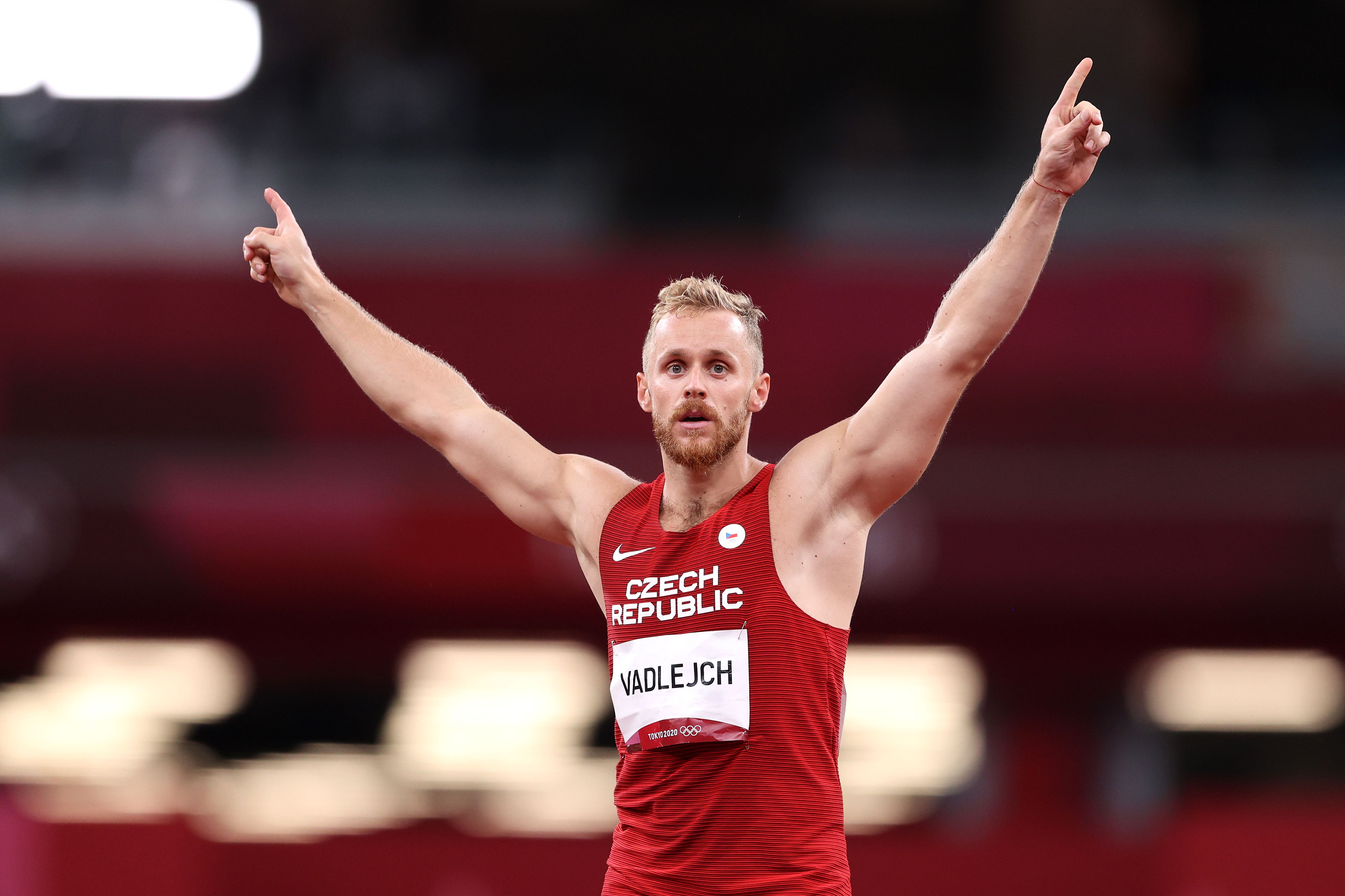 The field features the two Finns who made the top eight in the World Championships, Lassi Etelatalo and OIiver Helander, fifth and eighth respectively, and Olympic bronze medallist Vitezslav Vesely of the Czech Republic, the oldest thrower in the field at 39.

Ukraine’s Artur Felfner will be looking to make an impact at senior level following his victory last week at the World Athletics U20 Championships in Cali. Only 18, Felfner has improved to 84.32m this year and is closing in on the European U20 record of 84.69m set by Latvian Zigismunds Sirmais in 2011.

No shot putter has made a greater impact at the European Athletics Championships than David Storl, a three-time winner in 2012, 2014 and 2016.

Also a bronze medallist in Berlin in 2018, and fourth in Barcelona in 2010, the 32-year-old German will be making his sixth successive European Championships appearance in Munich, this time as a long shot for a place on the podium. His season’s best, 20.32m, ranks him 28th in Europe in 2022.

Poles Michal Haratyk and Konrad Bukowiecki, the gold and silver medallists in Berlin four years ago, will be looking to challenge for podium places, as will Serbia’s Armin Sinancevic, who finished seventh in the Olympic final last year.

The in-form contenders, however, are the trio who made the World Championships final – Croatia’s Filip Mihaljevic (sixth in Eugene with 21.82m), Italy’s Nick Ponzio (ninth with 20.81m) and Norwegian Marcus Thomsen (tenth with 21.96m) – plus Tomas Stanek of the Czech Republic.

Stanek missed the World Athletics Championships but since then, the Czech thrower set a season’s best of 21.94m which tops the 2022 European list. 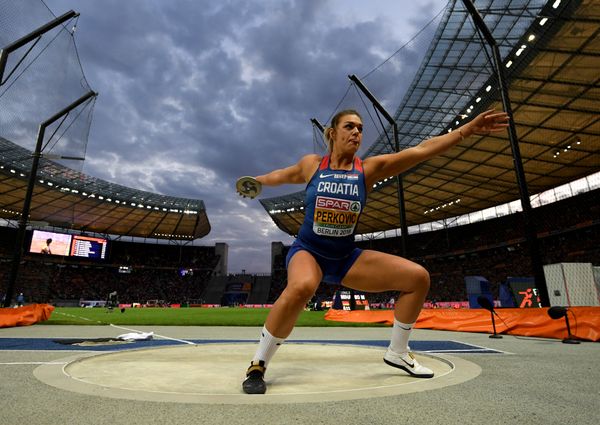 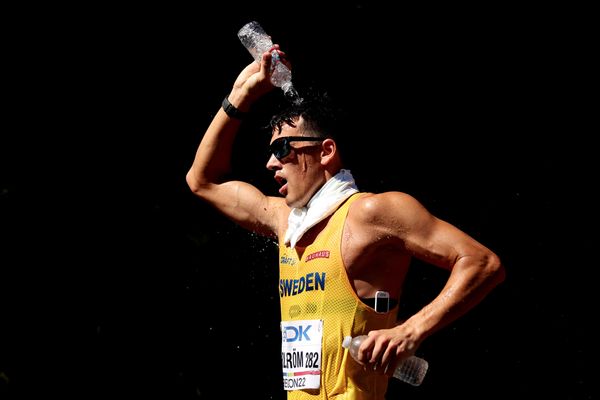 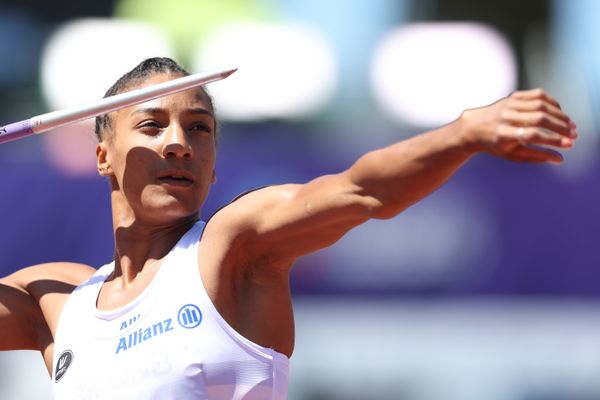 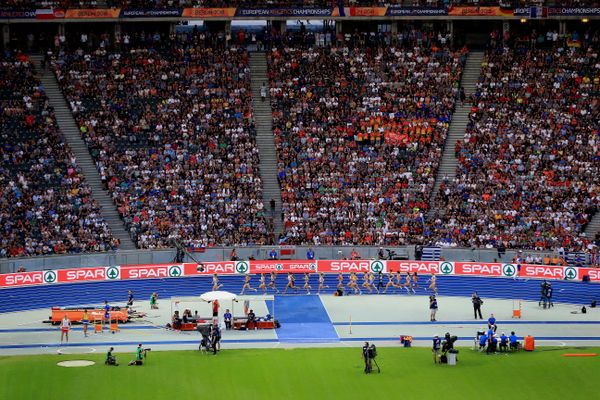