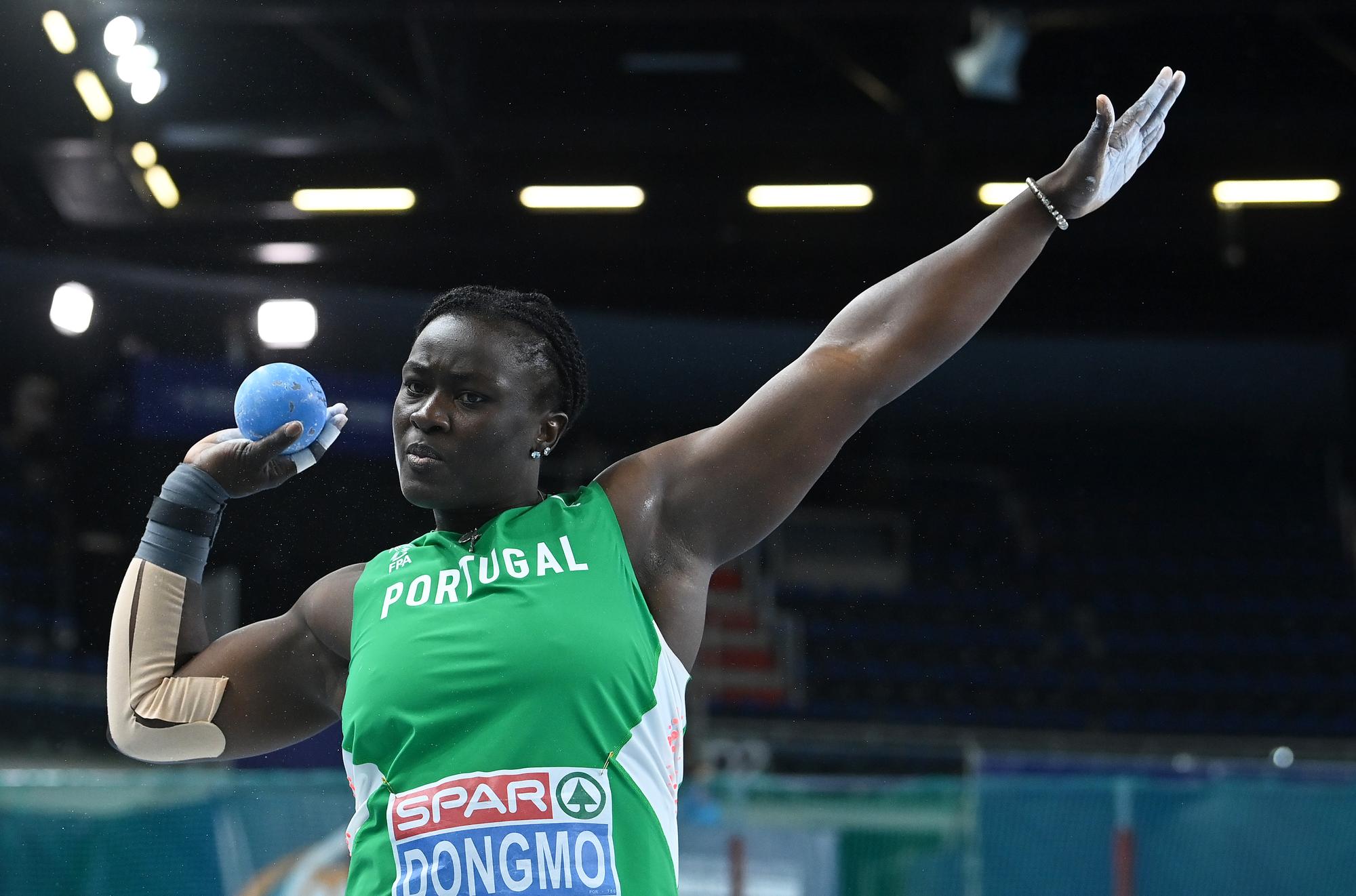 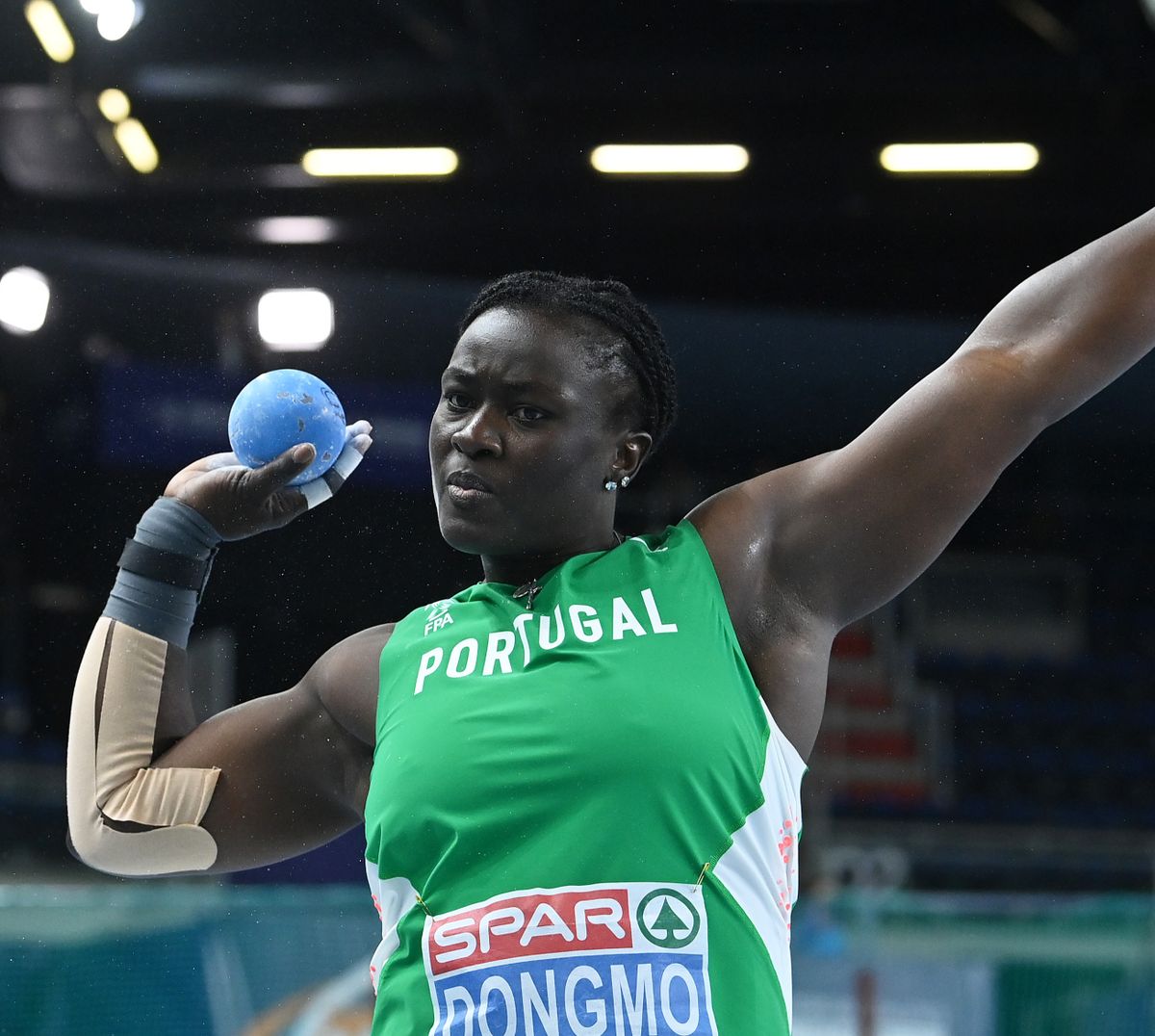 World leading marks tumble on a busy weekend across Europe

European indoor champion Auriol Dongmo opened her season in excellent form at the Portuguese Club Championships in Pombal on Saturday (22).

Dongmo, 31, became the first European thrower to surpass the 19 metre-line this season. Only one of her four throws was valid but that mark was measured at a world leading distance of 19.29m.

This was the third longest throw of her career indoors, bettered only by her national indoor record of 19.65m from Karlsruhe last year and her gold medal-winning throw at the Torun 2021 European Athletics Indoor Championships which landed at 19.34m.

Corinna Schwab was also in excellent early season form at the refurbished indoor facility at the Chemnitz International Meeting on Saturday.

The German set herself a demanding schedule but she came through it brilliantly. She equalled the German indoor 300m best with 36.49 before setting a world lead of 51.95 in the 400m.

Her time in the 300m matched the 34-year-old German indoor best held by former West German Helga Arendt and her 400m time was the fastest indoors by a German since Grit Breuer in 2002.

Kevin Kranz was also in good form with a 6.59 clocking in the 60m heats although he did not take part in the final.

At the Norwegian Indoor Combined Events Championships in Baerum (22-23), European U20 decathlon silver medallist Sander Skotheim achieved his first national senior record at the age of 19.

Skotheim won the heptathlon title with a score of 5965 points which not only eclipsed Martin Roe’s national record by 14 points but was also a world leading total at this early juncture of the season.

There were fast times en masse in the 60m in Ancona on Sunday (23) with Luca Lai winning the final in a European leading time of 6.56 ahead of Chituru Ali in 6.61. Giovanni Galbieri also impressed with a 6.60 clocking in the heat before pulling up injured in the final.

The meeting also witnessed the return of Larissa Iapichino who missed the majority of the summer season due to injury after a breakthrough indoor campaign which was highlighted by a world indoor U20 record of 6.91m.

Iapichino wasn’t quite reaching these distances in her first competition in seven months but the 2019 European U20 champion was more than satisfied with her winning mark of 6.59m.

"Getting back to competition was an immense joy which I had almost forgotten. And this was the right opportunity. I liked the feeling; now I know where I can improve in a season that will go on gradually with bigger competitions ahead," she told FIDAL.

In Vaxjo, Sweden on Saturday, 2019 European U20 400m hurdles champion Carl Bengstrom blasted to a European leading 400m time and indoor lifetime best of of 45.91 on his season's debut.

European indoor champion Tomas Stanek also opened his season in good form with a mark of 21.18m in Jablonec on Saturday while European indoor pole vault silver medallist Tina Sutej from Slovenia cleared 4.60m on her season's debut in Novo Mesto on Sunday.

Multiple Luxembourgish national indoor records fell in Kirchberg on Saturday. Patrizia Van der Waken clocked 7.28 in the women's 60m heats and final and Francois Graillet improved the 60m hurdles record to 7.80 in the heat and 7.75 in the final. 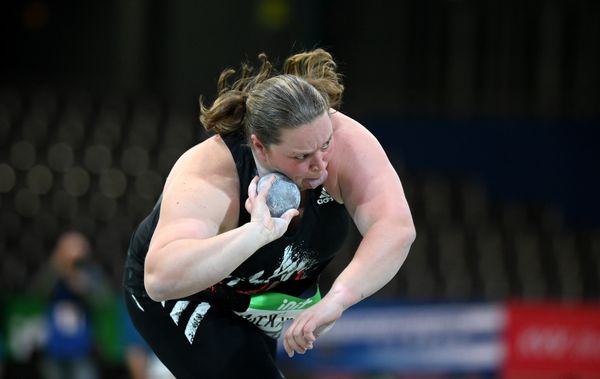