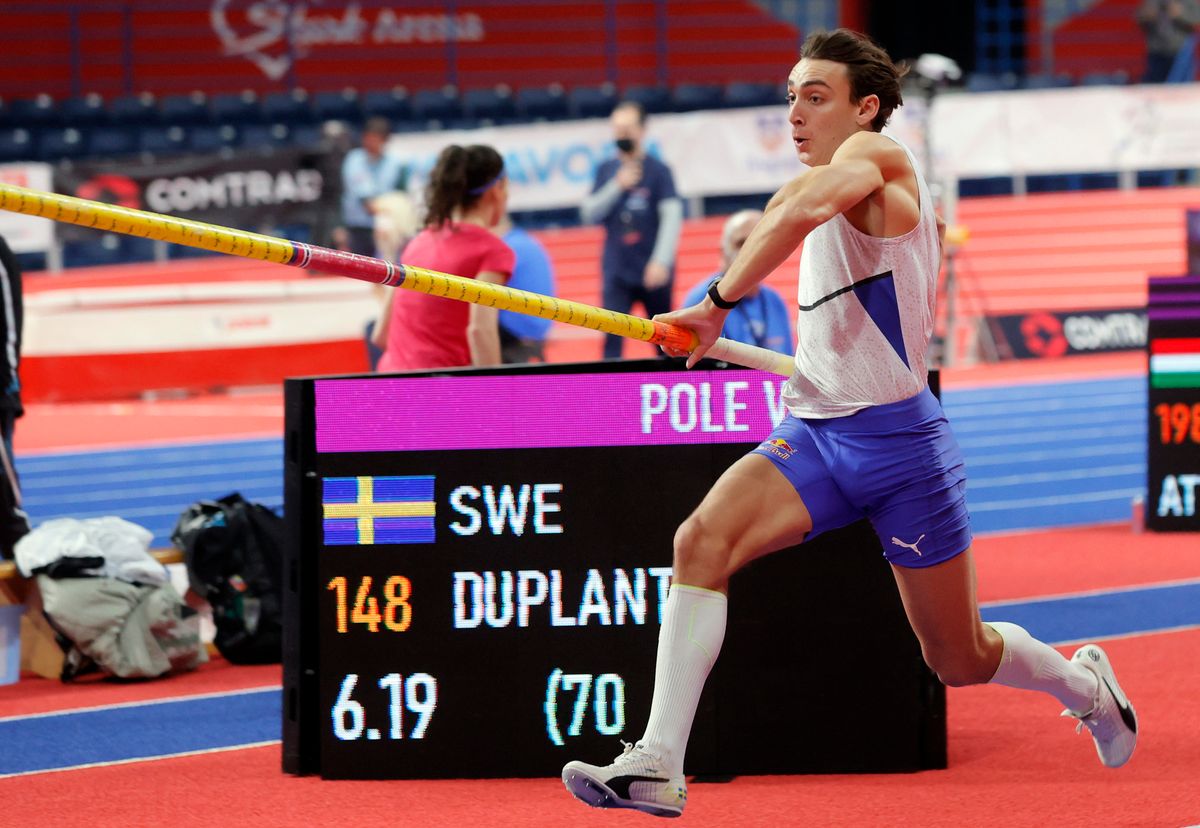 After so many close attempts, reigning Olympic and European champion Armand Duplantis cleared another world record of 6.19m at the Serbian Indoor Meeting in Belgrade on Monday (7), the last World Indoor Tour Silver meeting of the season.

This was Duplantis’ third world record of his esteemed career after clearing 6.17m and 6.18m on back-to-back weekends in Torun and Glasgow respectively during the indoor season in 2020.

Since then, Duplantis has cleared six metres or higher in 21 competitions but the world record has tantalisingly eluded Duplantis up until this evening when he scaled 6.19m on his third attempt.

Duplantis proceeded to raise the bar to 6.19m and after two unsuccessful attempts, the 22-year-old triumphantly cleared the bar on his third attempt - his 51st attempt at this height.

"It's been a long time coming. I've never had a height that has given me that much trouble, so it's a very good feeling. It was really hard fought over these past two years. I'm really happy," said Duplantis.

The Swede will return to the Stark Arena next week for the World Athletics Indoor Championships where he will seek to add the world indoor title to the European indoor title which he won exactly one year ago today.