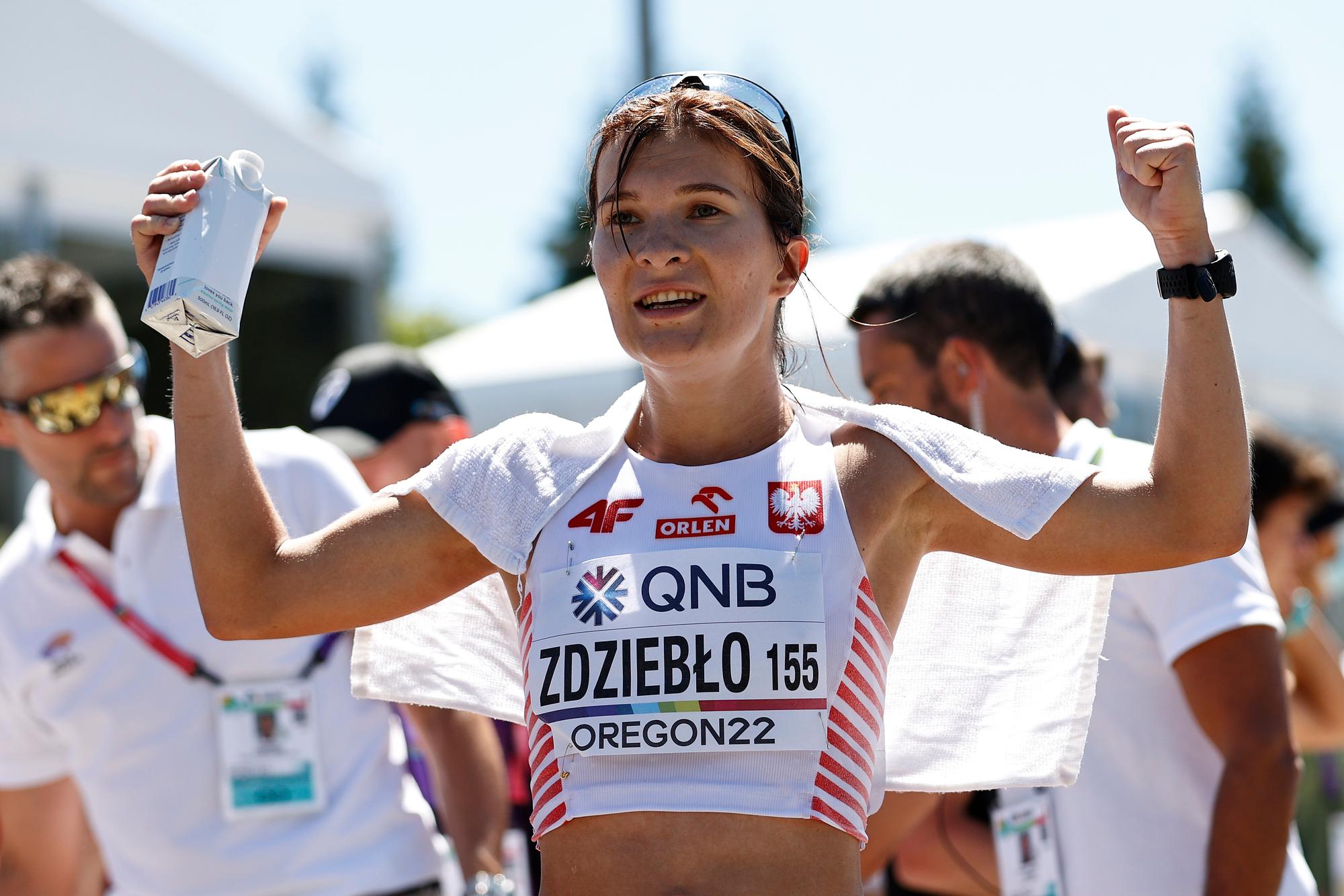 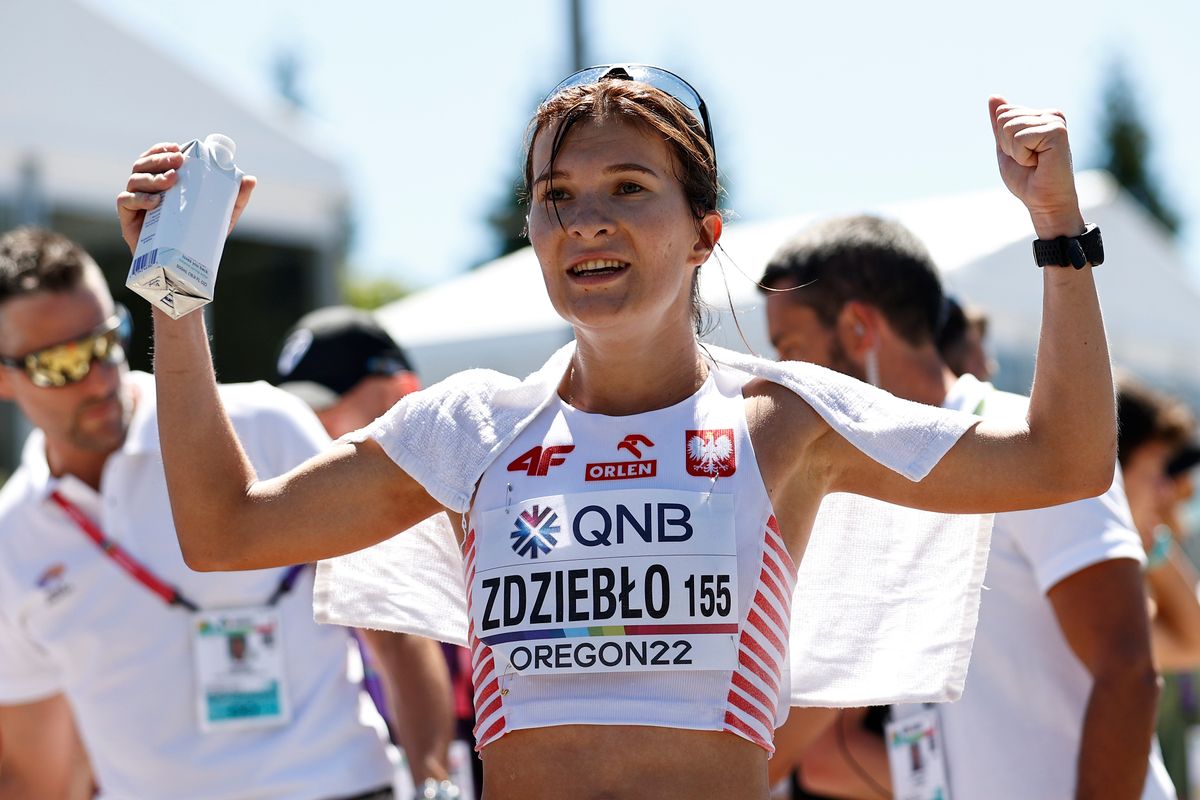 Europe’s first medal at the World Athletics Championships in Oregon came from an unexpected source in the first morning session of competition.

Poland’s Katarzyna Zdziebło walked brilliantly to win a surprise silver medal in the 20km race walk in 1:27:31 behind Kimberly Garcia-Leon who became Peru’s first ever world champion in any discipline in 1:26:58.

Zdziebło looked destined for bronze for the majority of the race but the 25-year-old further surpassed expectations by reeling in the former Olympic champion Qieyang Shijie from China in the 18th kilometre to move into silver medal position.

Zdziebło even covered some of the closing kilometres faster than Garcia-Leon but the Peruvian was away and clear and forged a clear path to an historic victory. Poland has a rich tradition in the men’s race walking events but Zdziebło’s silver medal was also the first ever medal won by a Polish female race walker at the World Athletics Championships - a result that wasn’t predicted beforehand.

Zdziebło lined up with a lifetime best of 1:29:57 but the 25-year-old improved on that mark by almost two-and-a-half minutes and also broke the Polish record in the process. The Pole, who studies medicine at the University of Rzeszow, is perhaps better known as a 35km race walker and she has a chance to add to her medal tally later in the championships in the longer event.

“I cannot believe it now. At this moment, I think I am the happiest woman in the world. I am thinking about all the things I had to go through. I knew I was well prepared for this championship. I knew that I was ready to fight for a good result but I did not even think about the chance to fight for a medal! And that just happened…” said the delighted silver medallist.

By contrast, there was profound disappointment for reigning European champion Maria Perez from Spain who was one of three athletes to be disqualified.