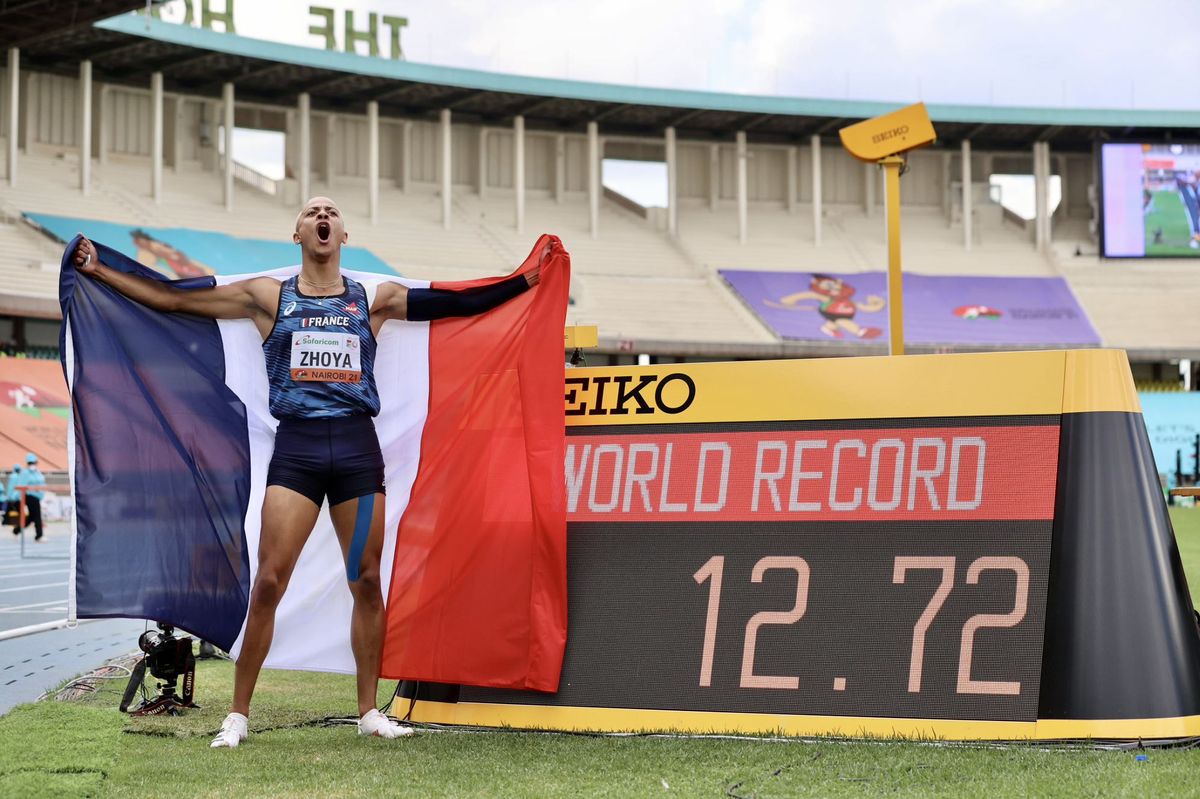 France’s Sasha Zhoya obliterated his world U20 record in the 110m hurdles final with a 12.73 clocking on the penultimate day of the World Athletics U20 Championships in Nairobi, Kenya on Saturday (21).

Zhoya had already eclipsed the previous mark of 12.99 in the semifinals with a 12.93 clocking but an even faster time clearly beckoned as Zhoya uncharacteristically clipped a handful of hurdles en route to the world U20 record.

“I made a lot of errors in this race. Technically it was not good,” was Zhoya’s assessment of his performance in the semifinal.

Zhoya didn’t make any such mistakes in the final though. The European U20 champion seamlessly glided over all ten barriers - his rhythm barely impeded by the challenge of the 99.0cm hurdles - and was rewarded with victory and a scintillating time of 12.73 to demolish his world U20 record by 0.21.

“I am very happy, the job is done. Since last year, when I started the 110m hurdles, that's the goal I set for myself. For the past two years, I always had small or large injuries that I had to wrestle with,” said Zhoya, who will graduate to the senior hurdles next year with a view to represent France in the major events in 2022.

“It’s the quickest time on any hurdle height and that makes me really happy. Now all I need to do is to replicate my junior performance to the senior category as I now focus into transiting into the seniors. Now I am ready to tackle all the senior competitions slotted for 2022 including the World Championships in Oregon.”

Zhoya won by more than half-a-second from Jamaica’s Vashaun Vascianna who was on course for a sub-13 second clocking before clattering the sixth and seventh hurdles. Vascianna still came away with a silver medal and a lifetime best of 13.25 with Poland’s Jakub Szymanski taking the bronze in 13.43.

This was France’s second gold medal of the championships after Erwan Konate opened the haul with victory in the long jump on Friday with a world U20 leading mark of 8.12m to improve on his bronze medal from the European Athletics U20 Championships in Tallinn.

But the Finns are enjoying a tangible resurgence in prospects and they are currently second on the medal table with three gold medals behind Kenya with five.

Following on from Saga Vanninen’s victory in the heptathlon, Janne Laspa defeated European U20 champion Artur Felfner from Ukraine for the javelin title - 76.46m to 76.32m - before world U20 record-holder and Tokyo Olympian Silja Kosonen dominated the hammer final this afternoon, winning with a championship record of 71.64m.

"It has just been the perfect season," said Kosonen. "I’m going to remember this day forever."

Like Vanninen, this was Kosonen’s second major title of the season after winning at the European U20 Championships in Tallinn last month.

By contrast, Czech Republic's Frantisek Doubek was disqualified from the 400m in the decathlon in Tallinn which put paid to any prospect of a medal but the 19-year-old channeled that frustration into a gold medal-winning performance in Nairobi.

Doubek amassed a brilliant second day to overhaul the overnight leader and European U20 champion Jente Hauttekeete from Belgium to win the title with a world U20 leading score and Czech U20 record of 8169 points to Hauttekeete's 8053 points.

The European U20 record also fell in the men's 4x100m heats as the Polish team stopped the clock at 38.93. They smashed the previous record of 39.13 set by Germany at the 2016 World U20 Championships to qualify fastest for the final. 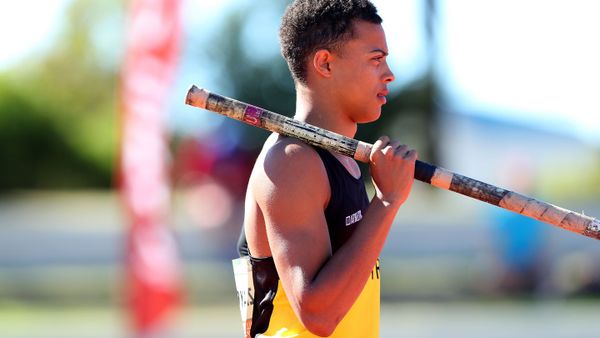 The sky is the limit for record-breaking Zhoya