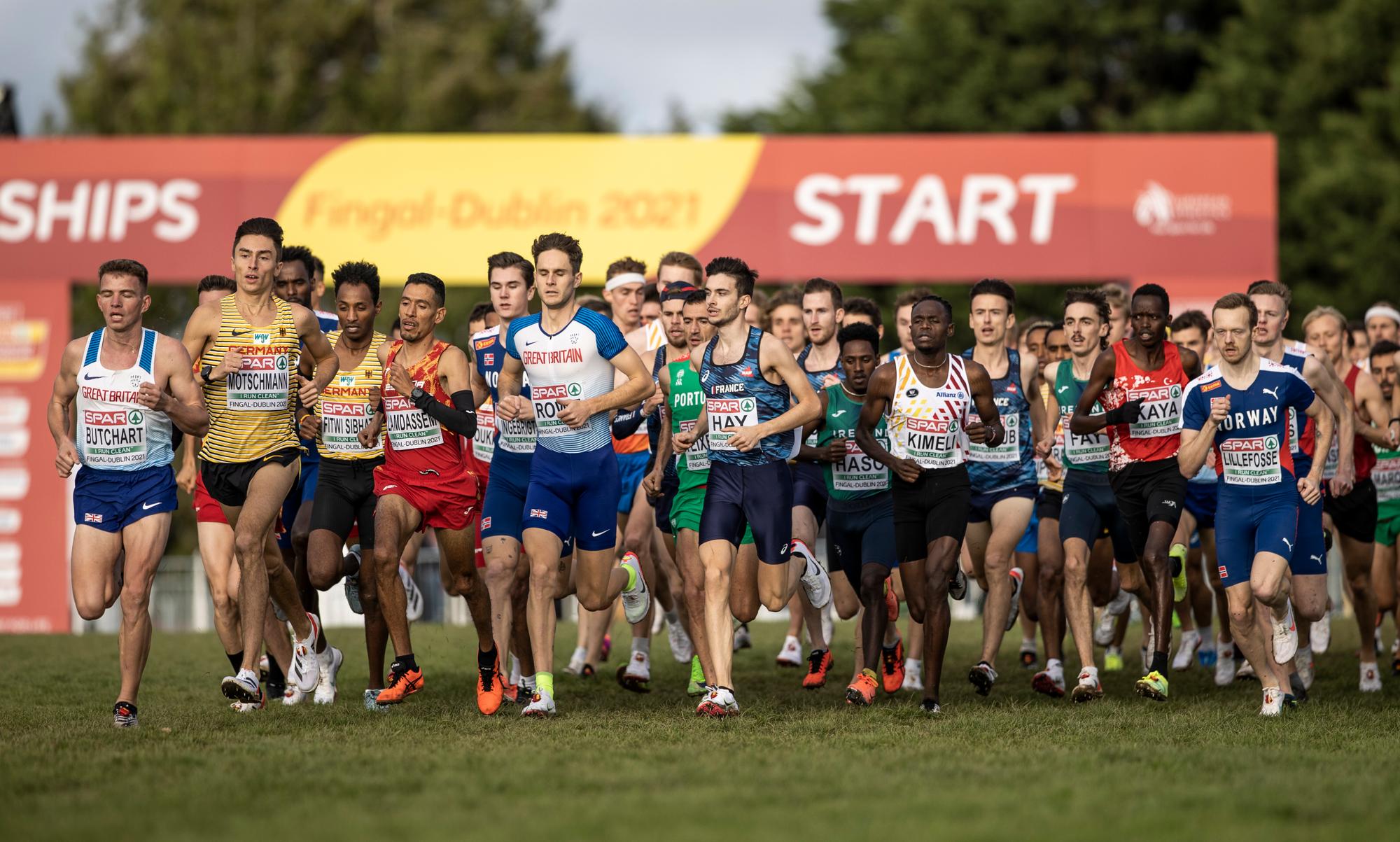 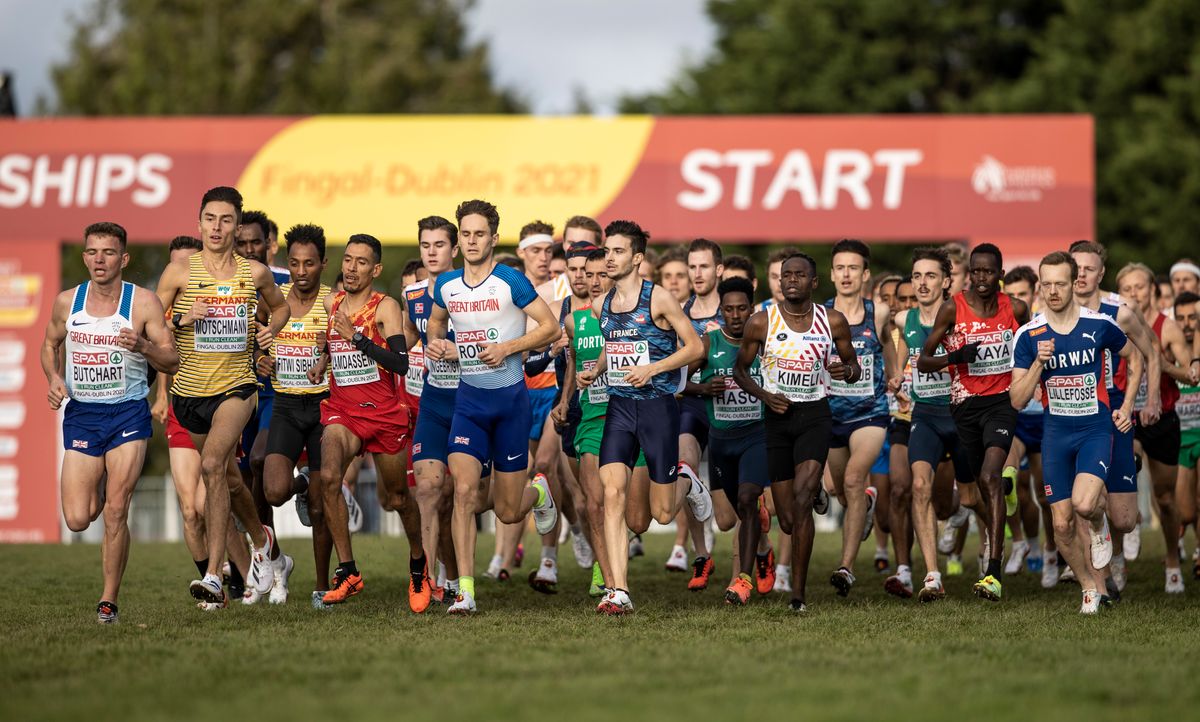 As long as he can remember, this is how it’s been: the longer the distance, the better Axel Vang Christensen gets.

That was again how it was at last Sunday’s SPAR European Cross Country Championships in Fingal-Dublin, with each lap of the U20 men’s 6000m race carrying the 17-year-old Dane clear of his competitors.

By the finish he was in splendid isolation, 25 seconds ahead of his nearest rival in a field of exceptional strength. That makes Christensen a young athlete of exceptional quality – one seemingly built for endurance, both willing and able to handle the rigours of high mileage.

His role model, unsurprisingly, is Jakob Ingebrigtsen, who sauntered to the senior men’s title last Sunday. In recent years Christensen has been eyeing up the marks achieved by the Norwegian as he climbed the ladder to senior success. In January, Christensen set a Danish U18 3000m record of 7:59.30 indoors, one second quicker than Ingebrigtsen ran at the same age.

He’d love to follow Ingebrigtsen’s path, even if he’s aware how special an athlete the Olympic 1500m champion is and that success will almost certainly lie over the longer distances.

"He’s probably the biggest talent in the sport ever,” said Christensen. “But to aim high is the way to go if I want to go to the very top."

Growing up in Hillerod, just north of Copenhagen, football was Christensen’s first love, and he started running solely to boost his fitness on the pitch. His father took him to a local race at the age of 10 and Christensen enjoyed that competitive environment. It wasn’t long before he won an under-age national title and at the age of 11 he went “all in on running”.

His gift for it was clear, but between the ages of 11 and 13 he suffered several injuries. His coach, Nicolaj Raagaard Sorensen, decided to try a new approach in training, lowering the intensity but raising the volume.

"We stuck with that until now," says Christensen. “And it worked.”

As he stayed healthy his times progressed rapidly, and Christensen became one of Denmark’s most exciting young talents, one who’s never been afraid of high-volume training.

"These days 160km a week is pretty normal and in training camp I can even go up to 180 per week."

He does two to three workouts each week; sessions like 4-6km of hill repetitions, 3 x 10 minutes at threshold effort or track reps at a harder intensity. While Christensen does many runs with training partners, his workouts are typically completed with just his coach for company on the bike.

“We’ve been doing it for so long we barely even talk,” laughs Christensen. “We know what each other thinks.”

Their high-volume approach means he has to rise early to fit in his training, with his alarm clock going off at 5:15am between Monday and Thursday and Christensen out running before 6am, covering 8-15km. His harder efforts are done in the evening.

“I just find I’m really used to it,” he says of the early-morning routine. “I’ve been doing it for four years now. It’s a part of my life.”

In recent years he has set 37 Danish age-group records at everything from 1500m to 10,000m to the 3000m steeplechase. Earlier this year, he targeted the latter event at the European Athletics U20 Championships in Tallinn, Estonia.

His original plan was to focus on the European U18 Championships but after that was cancelled he chose to step up against older rivals. Christensen very nearly beat them all, running away from the field and building a substantial lead before being run down, and eventually outkicked, by Spain’s Pol Oriach. He set a Danish U20 record of 8:42.75 to win silver and break the nine minute-barrier for the first time in his career.

Still only 16 at the time, that defeat taught him more than victory ever could.

"Initially I was really disappointed,” he says. “I remember just being motivated for a few days and I felt like, ‘How could I deserve this when I put so much effort into training?’ But a few days later I accepted it and life goes on, as always. I grew a lot with that defeat, as an athlete and person. I understood the world is not always fair – that’s just how it goes.”

The championships also taught him the importance of psychology, and Christensen has done a lot of “mental training” since then to develop a stronger mindset in races.

But his path to gold last weekend was not a smooth one.

Christensen struggled with illness after an altitude camp in the autumn and had a bad reaction to the COVID-19 vaccine. An issue with his shoes also led to a sore heel which cost him more time, while surgery to remove his tonsils meant he had only two weeks of proper training in the legs ahead of the Nordic Cross Country Championships in Tullinge, Sweden, in early November. In the U20 race there, he took on two of the big contenders he’d battle for gold in Fingal-Dublin: Norway’s Abdullahi Dahir Rabi and Denmark’s Joel Ibler Lilleso. Christensen proved no match for Rabi, coming home 14 seconds behind in second, but he knew with five weeks more training to come, things could be different when they met on the European stage.

“Somehow I found a really nice rhythm (in training),” he said. “That made me go from bad shape to really, really good shape in a short period of time.”

At the Nordic Championships he “underestimated the mud” and raced with 9mm spikes, which left him struggling for traction. The lesson was learned: he packed 15mm spikes for his trip to Ireland.

“I had a lot more grip in Dublin and that had a major influence,” he says.

Going into the race, Christensen felt confident but “knew it’d be a hard task to beat” Rabi. The one thing he didn’t want was a repeat of what happened on the track so Christensen went “hard from the gun.”

Midway through the second lap it was clear no one could live with him, and he built a nine-second advantage at the halfway point, which grew to 14 seconds after three laps and 25 seconds by the finish. “It was an awesome feeling,” he said. “I don’t know where I got that energy.” His father and his coach – who work together to guide his career – were both in Dublin and after Christensen completed a post-race drugs test, he tracked them down for an emotional reunion on the course.

As he looks to 2022, the European Athletics Championships in Munich are high on his agenda. Christensen will have to run below 8:30 for the 3000m steeplechase to qualify but he figures that is doable. He remains undecided which event will take his focus in the future.

"I really like steeplechase, the technical part is just awesome,” he says. “I think I can go pretty fast in the steeple as well as the 5K and 10K. One day I can go to the road, but I’d like to stay on the track as long as possible."

He’ll finish school next summer and after that he plans to pursue a degree in civil engineering at the University of Birmingham in the UK. Born in 2004, Christensen will still be eligible for the U20 category for another two years so as good as that first European gold medal was, it is highly unlikely to be his last.

With his class, his commitment, he could go a very long way. 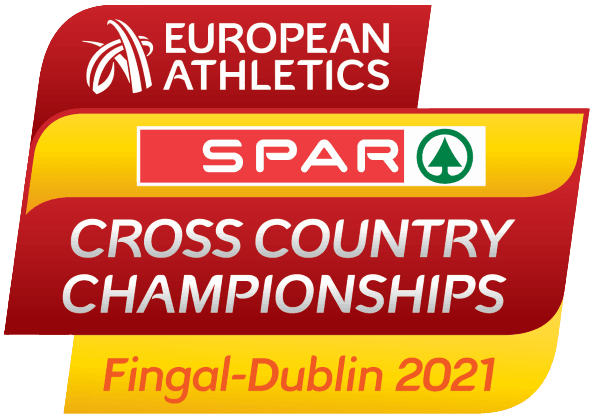