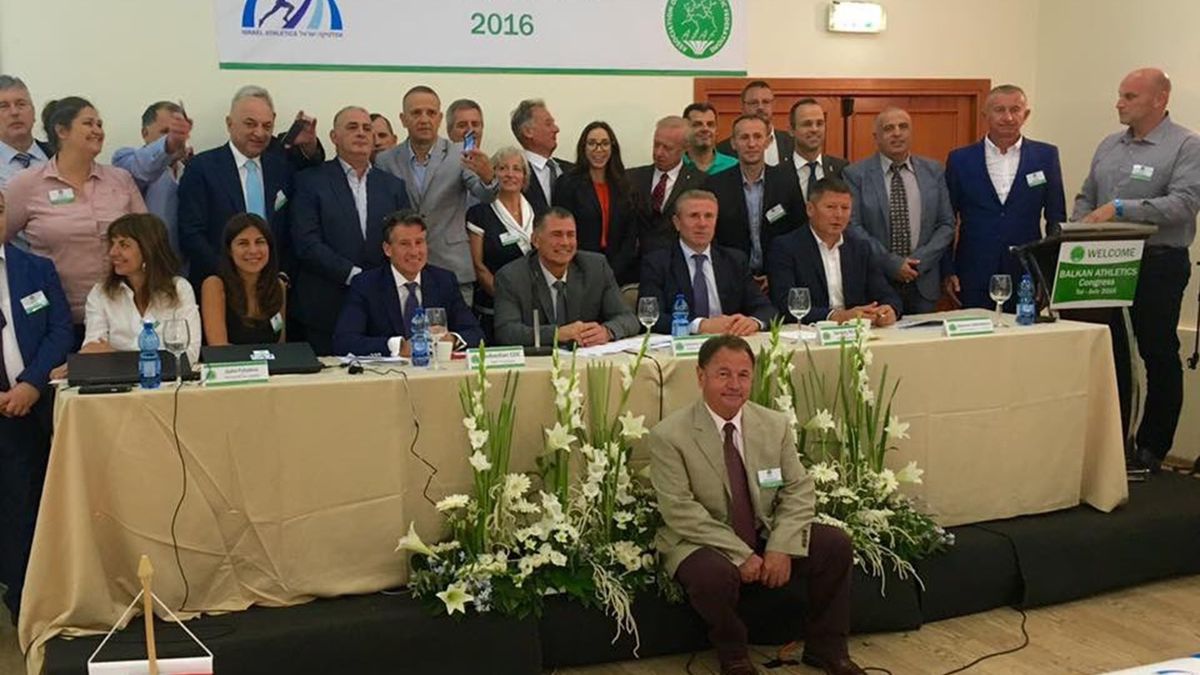 It has been a superb year of success for Balkan athletes, a fact which was reflected upon this week in Tel Aviv at the Association of Balkan Athletics Federations' (ABAF) annual congress.

IAAF President Sebastian Coe and IAAF Senior Vice President Sergey Bubka were in attendance in Israel on Monday as the 2017 Balkan athletics calendar was approved and details were explained of the IAAF's governance reform.

And in Rio last month, seven Balkan athletes won Olympic track and field medals including two golds for Croatia, from Sara Kolak, in the javelin, and Sandra Perkovic, who retained her discus crown after making it four European titles in a row in Amsterdam, and one for Greece, as pole vaulter Ekaterini Stefanidi followed her European glory with this Games success.

This trio were among the 23 Balkan medallists at the European Athletics Championships in Amsterdam in July while Stefanidi (bronze) was one of six from the IAAF World Indoor Championships in Portland in March.

As was reported from the congress, it means there are a great deal of names to choose from as the nominations are put together for the 6th Balkan Athletics Gala in Dubai on 19 November when the Balkan Athletes and Rising Stars of the Year will be named.

Lord Coe presented the details of the IAAF’s governance reform and explained the future aims of the organisation during the strategic development and administration workshop.

In confirming the calendar for next year, there is a big date ahead for Kosovo, the newest member of the ABAF, who will host their first Balkan championship event on 14 May when the capital Pristina stages the Balkan Half Marathon Championships.

The ABAF has also introduced a new event starting in 2017, the Balkan Indoor Junior Championships to be held in Istanbul on 11 February.