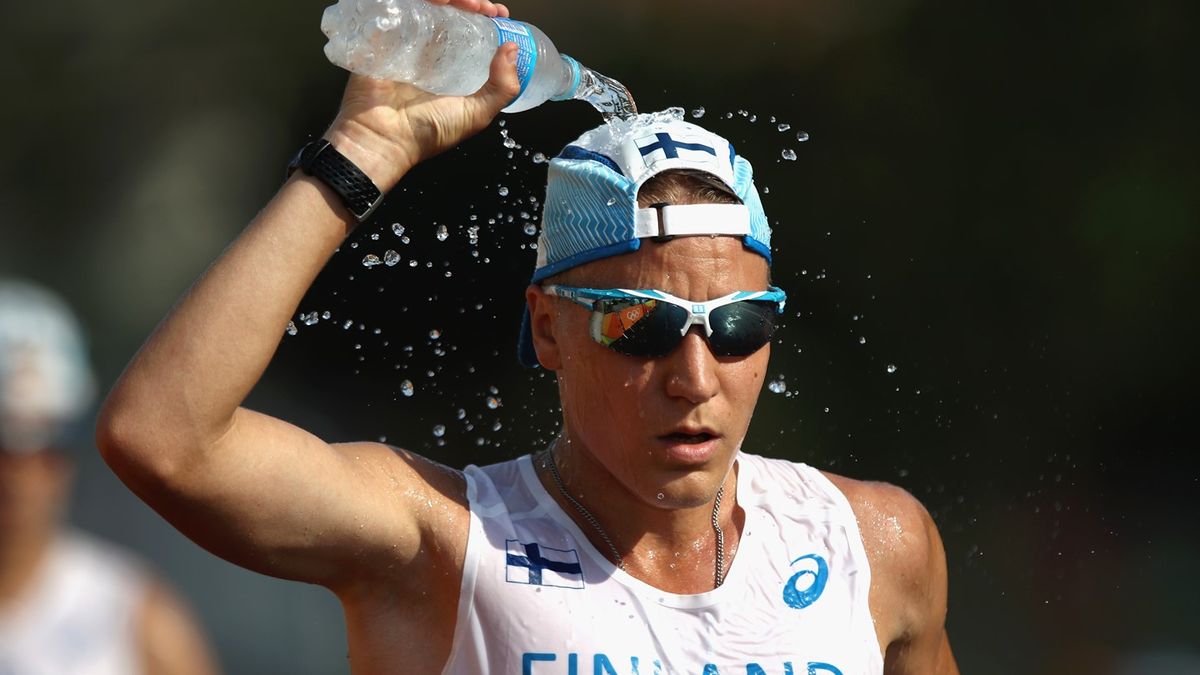 Can Partanen find the Midas touch in Dudince?

The first of the two European Athletics Race Walking Permit meetings will take place on Saturday when the Slovak spa town of Dudince hosts the 38th edition of its famous Dudinská PäÅÂ¥desiatka event.

This year 218 walkers from 29 countries are on the preliminary start list with the focus of attention, as always, being on the 50km event.

The fastest man in the field, part of a South American contingent which have become regular visitors in recent years is Ecuador’s 2015PanAmerican Games gold medallist Andres Chocho, who is also the two-time reigning South American 20km champion.

However, a lot of attention will be on Finland’s Veli-Matti Partanen, who finished second last year in a personal 3:44.43, to go to number three on his country’s all-time list.

The only previous Finnish winner in Dudince was the 1995 world champion Valentin Kononen, who won in 1991 and 2000.

Another name to look out for is Hungary’s Mate Helebrandt, who finished sixth in the IAAF World Championships London 2017 race in a national record of 3:43:56.

Like Partanen, Helebrandt failed to finish in Berlin last summer and will be looking to bounce back in his first 50km outing since then but knows what its like to be a winner in Dudince having two won the U23 35km race.

Additional motivation for Helebrandt is that the Dudince race is also the Hungarian national championships, with hosts Slovakia as well as Croatia, Czech Republic and Poland also having national titles at stake.

Also on the start line will be Norway´s 2017 Dudince winner Havard Haukenes, who set a personal best of 3:43:40 when taking the honours two years ago. He just missed out on the medals to the Berlin 2018 European Athletics Championships when he finished fourth in the longest event on the championship programme.

In total, there are six men who have gone under 3:47:00 including Finns Jarkko Kinnunen and Aleksi Ojala with Germany’s Karl Junghanss just outside that mark.

Unfortunately, local her and 2018 winner Matej Toth will not defend his Dudince title after suffering hamstring problems at the end of last year.

The issue has now been resolved but a delay in return to full training has meant instead that he is planning to open his 2019 campaign with a 20km outing at the for European Race Walking Cup in Lithuania on 19 May.

The women 50km race, now in its third year, will see the debut over the distance of South American 20km record holder Erica de Sena, from Brazil.

Slovak record holder Maria Czakova, who won 12 months ago in a national record of 4:14:25 before finishing sixth in Berlin, returns to the fray on home soil to defend her crown.

The women’s 20km race it could be a close fought contest between Lithuania’s 2017 22-year-old Dudince champion Zivile Vaiciukeviciute, who was fifth in Berlin – whose twin sister Monika finished second two years ago and also returns – and Czech Republic’s Berlin 2018 silver medallist Anezka Drahotova.

The second of the 2019 European Athletics Race Walking Permit meetings will take place in Podebrady, Czech Republic in two weeks’ time on 6 April.