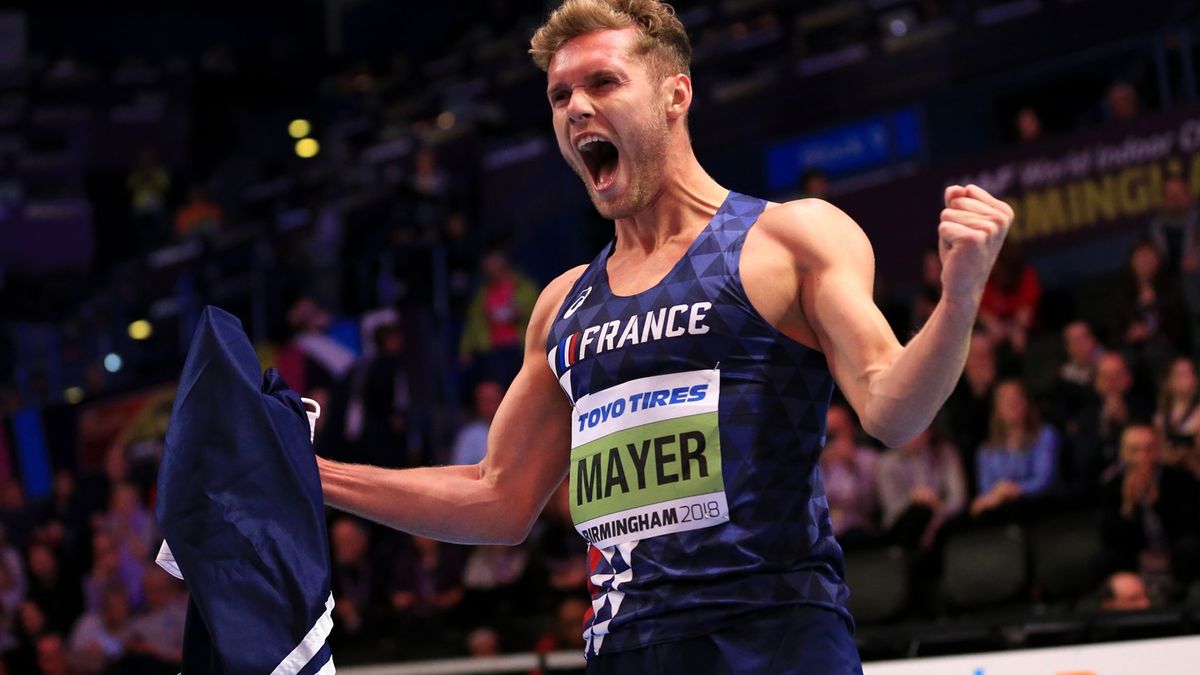 Ashton Eaton has led the praise after seeing his decathlon world record sensationally eclipsed by France’s Kevin Mayer who beat Eaton’s mark of 9045 by 81 points with his brilliant 9126 performance in Talence last weekend.

Eaton, 30, the two-time Olympic champion who retired last year, tweeted: 'That was an incredible display of ability! I'm super happy for @mayer_decathlon & even more for the future of the decathlon.

'Important thing to me has always been to keep pushing the limit and inspiring others to do the same. The more 9k can become commonplace the better.'

This is how Kevin Mayer broke the world record:

Eaton had set the standard with his world record at the IAAF World Championships in Beijing in 2015 and a year later when he retained his Olympic title in Rio with 8893, an Olympic record.

Eaton was pushed all the way by Mayer who announced himself on the senior stage with silver with 8834, a national record.

Mayer, who won a slew of U18 and U20 titles at continental and global level, was always going to be the future of the 10-event spectacular and with Eaton’s retirement at the start of 2017, the stage was set for the Frenchman’s coronation.

It duly arrived seven months later when he succeeded Ashton as world champion in London – Mayer had also won the heptathlon gold at the European Indoor Championships in March that year with a European record of 6479 – before then taking heptathlon gold at the World Indoor Championships in Birmingham in March, a title Eaton had won at the last three editions.

Now Mayer, 26, will look to take this mark of 9126 even higher as he builds towards chasing Olympic glory in Tokyo in 2020. Coincidentally, it was this week 96 years ago when the first official decathlon world record was set on 22 September 1922. Estonia’s Aleksander Klumberg scored a mark of 7485.61 (6087 on the new scoring tables) in Helsinki and it has risen consistently even since.

And when Roman Sebrle, of the Czech Republic, increased the mark to 9026 in Gotzis in 2001 - the first athlete in history to eclipse the 9000 point-barrier - his success was a European record too.

Like Eaton, he was full of praise for Mayer. Sebrle, 43, said on social media: “Big congratulations to Kevin Mayer for his fascinating new world record 9,126. (It) is back in Europe. Best motivation for all young decathletes. Thank you Kevin.”

Next stop for Mayer could be Glasgow and the defence of his European indoor heptathlon crown in March where Ashton’s world record of 6,645 could be his next target.