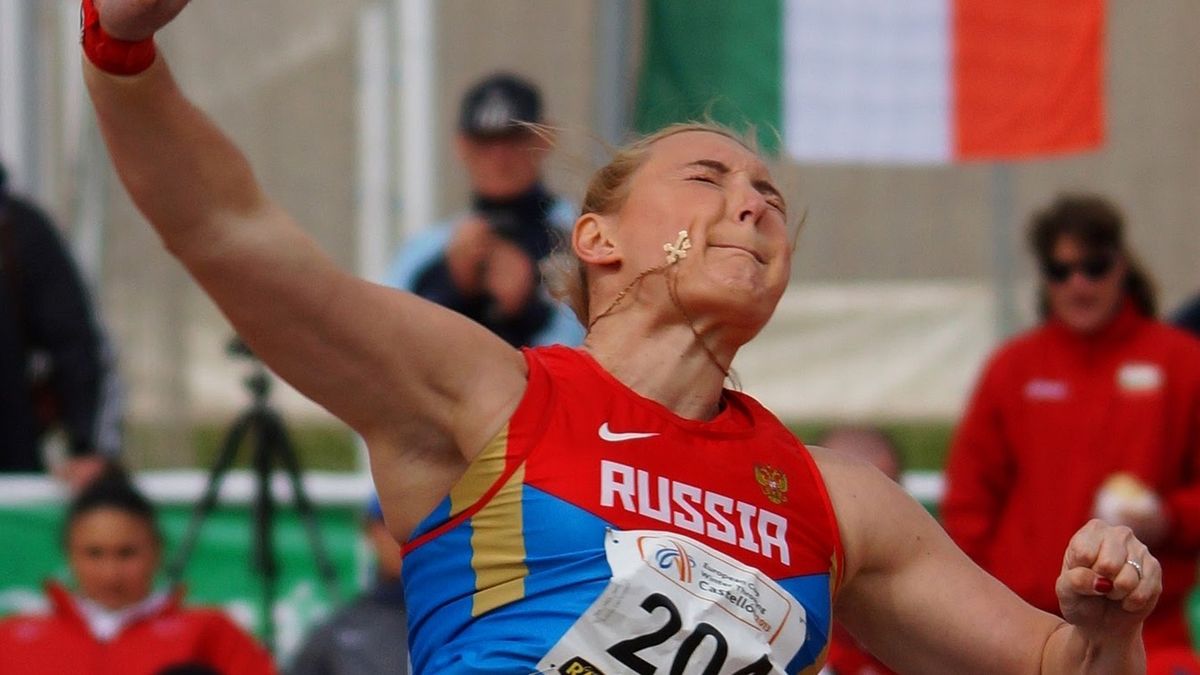 Castellon, in Spain, was the setting for the European Cup Winter Throwing on the weekend of March 16-17, a timely chance for some of the world's leading field eventers to brush away the cobwebs after weeks of training during the indoor season.

It was always going to be a big year for Russia's Mariya Abakumova as she would defend her crown at the IAAF World Championships in Moscow in August and she wanted to put down a good, early marker here.

She did just that in the final round when she launched the javelin 69.34m. It was the best in the world and for the second time of the afternoon broke the competition's record of 65.96m held by Martina Ratej, of Slovenia. Abakumova had first thrown 66.33m.

Ratej, herself, was back in sixth this time with 58.19m as European champion Vira Rebryk, of the Ukraine, was second with 63.42m with Germany's Linda Stahl third with 61.97m.

The men's discus was a superb event, and once more an example that age is no barrier to athletics competition.

At 41, double Olympic champion Virgilijus Alekna, of Lithuania, was at the forefront but he missed out on victory by the smallest of margins, just over three centimetres, as Germany's Daniel Jasinski triumphed with a personal best of 64.69m. Alekna had reached 64.66m in the fourth round with Erik Cadee, of the Netherlands, third with 64.38m.

An air strike at Dusseldorf airport prevented the women's shot put from having a full field as Germany's Christina Schwanitz, who had won gold at the European Athletics Indoor Championships in Göteborg just a fortnight earlier, was one of six athletics who did not make it.

The two women who had finished behind her in Sweden each moved up a step of the podium as Russia's Yevgeniya Kolodko won with 19.04m - her same distance as in Göteborg - with Alena Kopets, of Belarus, second with 18.18m ahead of Russian Irina Tarasova, third with 17.98m.

Krisztian Pars, of Hungary, had had a fantastic 2012 as he won the Olympic and European hammer titles and he started 2013 off in style too with 77.24m from the final round having led from the fourth round with 76.80m.

Poland's Pawel Fajdek opened with 75.52m and was second until the last round when Belarusian Pavel Kryvitski relegated him to third with 75.89m.

It was always going to be a big year for this age group, with the European Athletics Under-23 Championships in Tampere in July, and it was a big weekend for Danijel Furtula, of Montenegro, who was competing on both days, firstly in this discus competition and then in the shot put on Sunday.

He needed just three rounds to secure victory in the first part of his double with 62.10m after his opening effort was a foul. Ukraine's Mykyta Nesterenko was second with 61.66m with Italy's Eduardo Albertazzi in third with 60.69m.

In the shot put, Emel Dereli, of Turkey, won with 16.78m from her first effort of a programme where she suffered fouls in the final four rounds. It was enough for victory, though, ahead of Great Britain's Sophie McKinna, with 16.09m and Fabienne Ngoma, of France, with 15.45m.

Ngoma's teammate Quentin Bigot had reached the Olympic Games in London the previous summer, where he was 24th in qualifying in the hammer, and he built on that experience by winning this event with 71.79m from Akos Hudi, of Hungary, who was second with 70.20m, and Moldova's Serghei Marghiev, third with 69.72m.

Ukraine's Hanna Habina won the javelin with her first throw of 58.58m, as Russia's Yekaterina Starygina had a best of 56.39m followed by Tatsiana Khaladovich, of Belarus, third with 55.74m.