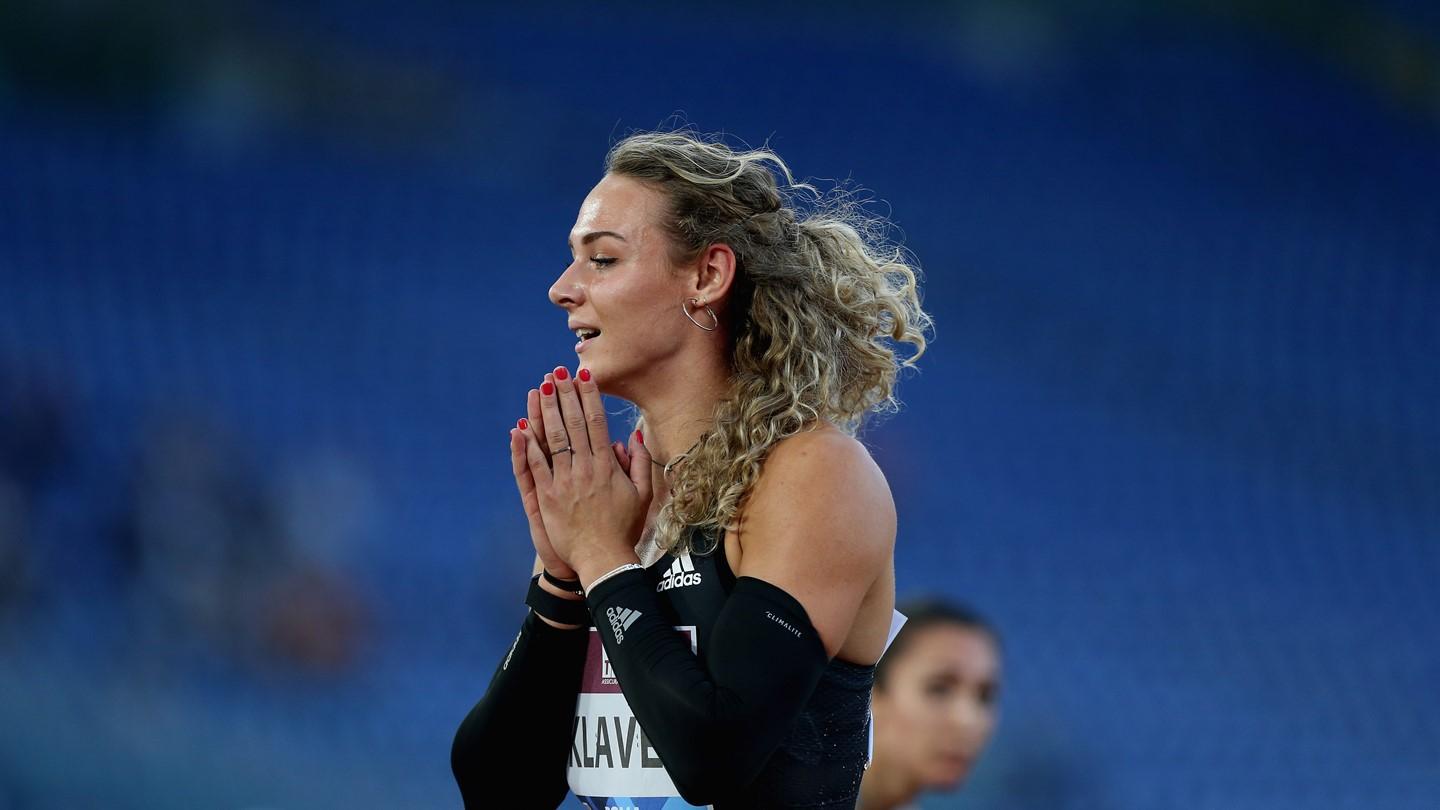 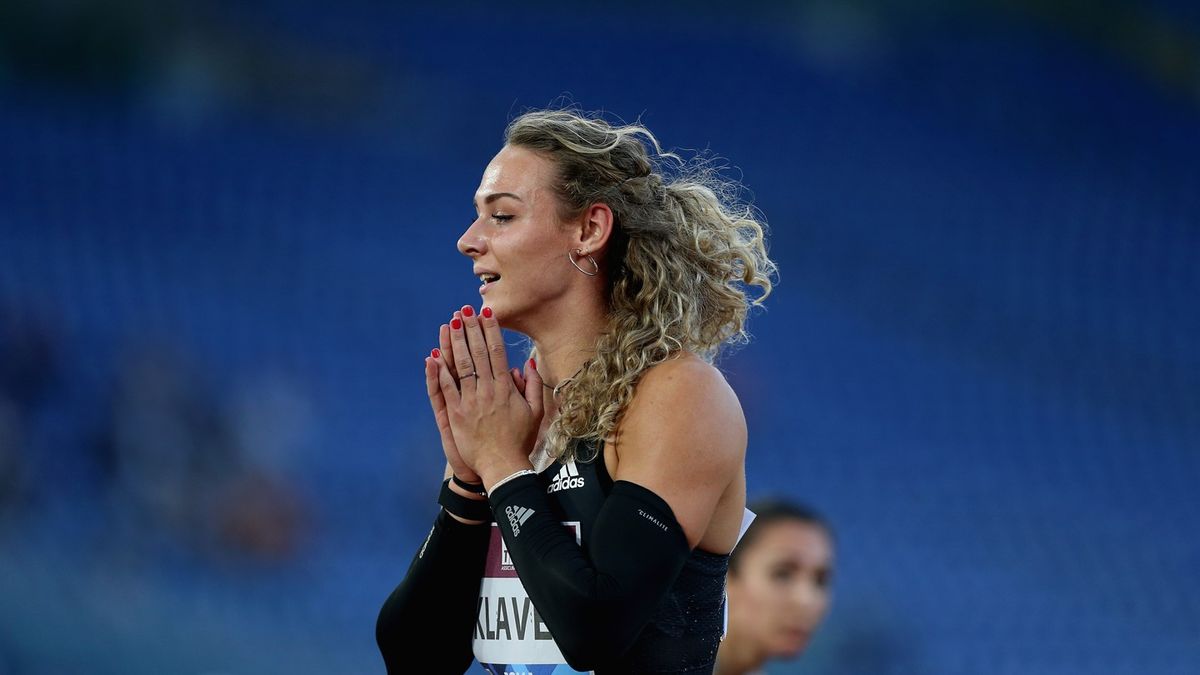 Breakthrough performer Klaver is aiming to go even faster in 2021

Prior to 2020, it is fair to say athletics fans outside the Netherlands had probably not heard of Lieke Klaver.

Klaver had showed promise at the shorter sprints and reached the 200m final at both the 2015 and 2017 European Athletics U20 Championships but the 22-year-old has since moved up in distance and has blossomed at both the 200m and 400m, ending the year as Europe’s fastest over the two distances.

“I had honestly never thought about it, but my coach Rogier Ummels said ‘try it, you would be perfect for 400’. I had always liked the lactic sessions anyway so I thought I should give it a go!,” said Klaver on moving to the 400m. “The 400m is detailed and a tactical race, but a different kind of technical race than the 100m, and I like the details of the 400m better.”

Klaver’s decision was a timely one, and coincided with Swiss coach Laurent Meuwly moving to the Netherlands to head up the Dutch relay squads. Klaver was a mainstay of the Dutch 4x400m relay team in 2019 and was also beginning to improve individually, finishing the season with PBs of 23.35 for 200m and 53.18 for 400m.

But despite being a relative newcomer to the 400m and - like all athletes - her training suffering some interruption over the spring due to lockdown, Klaver set about revising her lifetime bests as soon as she was allowed to race again.

After a 23.15/53.51 200/400m double on her season’s opener at her training base in Papendal, Klaver slashed almost two seconds from her outdoor 400m lifetime best in her second race of the season in Berne, clocking a breakthrough 51.39 to finish second to her training partner Femke Bol who also clocked a PB of 51.13.

Did she expect to run so fast in just her second 400m of the year?

“At the start of the season everything was about corona. But training was good and I knew I had it in me to run fast. But doing it is another matter. In my season’s opener in Papendal I was tired after the 200m, so in the 400m I didn’t really give it my all. So I knew with more focus and just running the 400 in Bern it would go better,” she said.

Klaver is part of an elite training group based in Papendal, the Dutch National Training Centre, under the tutelage of Meuwly. She not only trains there but studies and lives there too. Her training group includes another breakthrough star Ajla Del Ponte from Switzerland, and the Grand Dame of the group, 2018 European 400m hurdles champion Lea Sprunger also from Switzerland. The group also includes the new kid on the block Femke Bol, the world leader in the 400m hurdles.

“It is great having such a strong training group. I have grown with Femke, she is like a sister to me. We are not competitive between us; we have such a close friendship. When we get to a race and on the track, that does not change our friendship, but we do have to be more distant and focus on our own races,” she said.

Klaver comes across as determined, aware of her talent but not afraid to put the hard work in to get there. We talk about some of her favourite training sessions, the dreaded lactic sessions and weight training, another of her favourites. Her PBs of 70kg in the snatch and 100kg for the clean demonstrate her impressive strength and conditioning.

Three weeks after Berne, Klaver achieved a standout double in the rarefied conditions in La-Chaux-de-Fonds. Klaver won the 400m in 51.52 and only 90 minutes later, she was back on the track in the 200m. There was no sign of fatigue though as Klaver powered down the home straight, winning by a clear margin of six meters, and stopping the clock at 22.66, a huge lifetime best and European lead.

“I knew I could do 22 and when I finished the 400m, I was so hyped up and mentally relaxed. I walked around, I did just one practice start, and Laurent said ‘that’s perfect! Do that in the race!’ and I did! So the 400m helped me, I felt relaxed, mentally, after such a good performance,” she said.

With her 100/200m background, Klaver’s strength is to start fast. But as her coach Laurent Meuwly intimated, it can take time to find the right way to split a perfect 400m especially for a young and relatively inexperienced athlete. Her tactic is to open in sub-24 at 200m and sub-37 at 300m. But the danger is you end up being the pace for your opponents.

“I had to learn the 400m. I already knew my strengths and my weaknesses, these are clear to me, so I know what I need to work on. My strength is my speed, and my tactic would be to go out fast over the first 200m, and we can work on that. A couple of times other athletes have passed me in the last metres. It really frustrated me, but I knew I had to grow into my racing,” she said.

As her compact but busy season was coming to an end, it looked as though Klaver might have run her best times earlier in the year but then came the Rome Diamond League, her final race of the summer campaign. This was her fourth race in nine days but the good conditions presented the opportunity to run fast. And run fast she did.

Deploying her usual tactic, she started aggressively, reaching 100m in 12.2 and making the stagger up on European champion Justyna Swiety-Ersetic by 50 metres. Motivated by a loss to the Pole earlier in the season, she reached 200m in 23.9, exactly what her coach Meuwly wanted her to do.

She continued to push, reaching 300m in 36.8, again, on target. And with no sign of fatigue, she kept her stride long and pumped her arms, and in the final straight, she increased her lead on her rivals, covering the last 50 metres faster than anyone.

There was a look of joy and disbelief as she crossed the line: not only had she beaten the European champion, but she had also broken the 51-second barrier with 50.98, the third fastest time in the world. As former athlete and commentator for the world feed Steve Cram said: “If you start the year as a 53 second runner and you end it as a sub 51 runner, what a year you have had!”

“Before the race I did not think I would run that fast,” Klaver recalled. “During my warm-up, I was tired, but I was feeling relaxed, knowing this is my last race, then I can eat chocolate! I felt extremely good during the race, and every detail clicked. In Poland when I ran against Justyna Swiety-Ersetic, she caught me in the last few meters. This touched me, so I really wanted to beat her! I knew what I had to do in the race to win this time. It has been great to run against these different women, and each time I am learning.”

Klaver’s season was complete. She finished as European leader over both 200m and 400m, the first time an athlete has achieved this feat since Russia’s Anastasia Kapachinskaya did so in 2011.

Klaver struggles to choose between the two events. She enjoys the 200m and 400m equally - “I love them both and need them both, like my parents!” - but Meuwly says the 400m is where her future lies.

“First it is important to stay healthy and become consistent at sub-51 and 22.8. Then, of course, to be at her best at the championships. But the 400m is definitely the priority because I think this is where she can be the most successful. For this she will need to run 22.8 or faster in the 200m. She has improved her 200m time with the efficiency and speed endurance gained training for the 400m, not because she has been focusing on good acceleration or her maximum speed,” he said.

Despite meeting the Olympic standard over both distances, the qualification was frozen in 2020 due to the coronavirus pandemic, so these will not count. She will need to do it again in 2021, to the frustration of her coach. They will decide on her 2021 programme after the World Relays in Silesia next spring. As Meuwly points out, there could be medal chances in both the women’s 4x400m relay and now the mixed 4x400m relay, so this will play a role in the decision process.

Klaver remains grounded about her success this year, but is looking forward to what she can achieve. “I have reached a new level for me, with PBs in both events, and I need to process that in the off season. Of course I want to PB again in both distances, but I just want to do the best I can, and get the feeling I had this year, feel confident and eager to learn more. If I can do that then I will be happy,” she said.

Stephen Prior for European Athletics